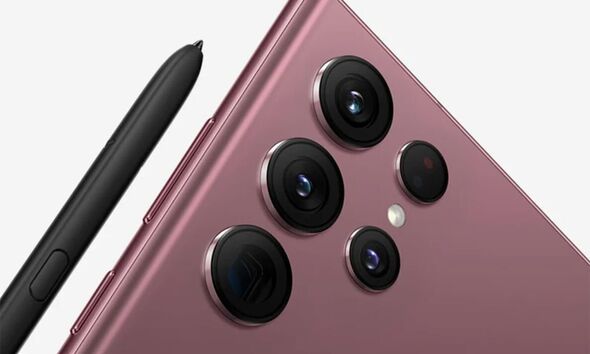 There’s a massive few weeks ahead for Samsung with the Korean technology giant looking set to reveal its latest and greatest Galaxy smartphones. The upgraded and fully refreshed S23 range could be unveiled at an Unpacked event on February 1 and they are almost certainly going to be faster, more intelligent and offer users improved images from their rear cameras.

Get the Galaxy S22 Ultra half price

Samsung’s award-winning S22 Ultra is currently half-price at Three Mobile. That means fans can take delivery of this phone, which includes an S Pen inside, for just £32 per month.

Although full details remain under wraps, Samsung’s Dr. TM Roh has recently hinted at major updates to the processor and camera credentials of these upcoming smartphones.

We’ll find out more on February 1 but if you’re not bothered about having the latest and greatest device in your pocket then there are some pretty decent deals on the current S22 range.

One of the standout discounts comes from Three Mobile with the UK network currently offering the award-winning S22 Ultra for half the usual price. This deal – which also includes unlimited calls, texts and data – costs just £32 per month which is a bit of a bargain.

That low cost lasts for the first six months of the deal with things then rising to £62 for the remainder of the term.

Along with that massive discount, those who buy one can also claim a free Samsung Chromebook 4 and get Disney+ free for a whole year.

There’s is an £80 upfront fee to pay but it’s still a very tempting discount with the total price for the deal over two years costing £1,424. If you compare that to buying the device (£1,149) then adding an unlimited SIM (around £20 per month) Three’s deal is cheaper.

As a quick reminder, the S22 Ultra comes packed with a 6.8″ QHD+ Dynamic AMOLED screen, fast processor, quad rear camera and in-built S Pen which lets you scribble on the screen without using your finger. Want to know more? Read our full Galaxy S22 Ultra review.

YOU CAN SEE THE THREE MOBILE DEAL HERE

Along with this offer from Three, Samsung has also launched an incentive to help clear some S22 stock ahead of the S23 launch.

Along with that Chromebook and Disney+ incentive, the Korean firm says it will dish out £100 to anyone who hands over an old phone. That offer is even available if the device is cracked or broken.

All you have to do is enter the model and make with Samsung then applying the discount.

YOU CAN SEE THE SAMSUNG £100 TRADE IN DEAL HERE

Of course, the S22 will soon be superseded by something even better but if you fancy a very good phone at a cheaper price now is a good time to buy this current flagship.