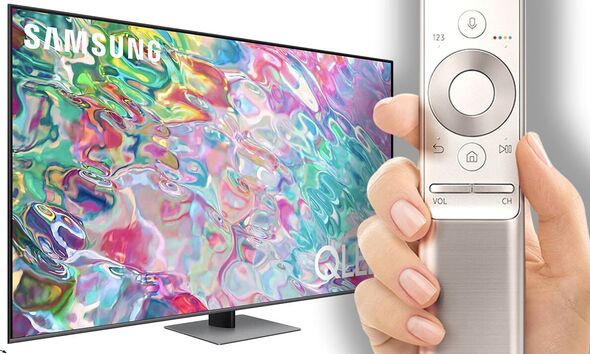 Anyone wanting to buy a new Samsung TV might want to head to Amazon’s online store. The retailer has launched a swathe of deals with some screens slashed in price by as much as 36 percent. That cost-cutting means telly addicts can take delivery of a 32-inch QLED display for just £261.75 – that’s almost £100 less than buying the same television at John Lewis.

Get huge discounts on Samsung TVs

Samsung TVs are on offer at Amazon with some screens slashed in price by over 30%. Prices start from just £261.75 – that’s over £100 off the original cost.

If that sounds a bit small for your nightly binge watch then there are plenty of other deals including money off 55, 65 and 75-inch 4K models. All of the Samsung TVs in Amazon’s sale event include smart features with full access to all of the most popular streaming apps such as Netflix, Prime Video and Apple TV+. They also get stunning HDR technology which helps boost the picture quality and contrast.

We’ve got full details below, just be warned that Amazon appears to be selling these TVs fast so don’t hang around if you fancy buying one.

These are good deals but there is one word of warning.

Samsung has just announced the launch of its next generation of TVs which will arrive in stores later this year and promise an improved image thanks to clever AI 8K upscaling. That means everything you watch should appear sharper and more pixel-packed.

Expect these TVs to launch in the spring

“In 2023, we are pushing boundaries of innovation to offer consumers more than just premium picture quality, but a holistic, premium device experience tailored to what they need and want out of their connected home,” said Cheolgi Kim, EVP of Visual Display Business at Samsung Electronics. “With SmartThings, our advanced technology is seamless and intuitive, which can make life more accessible and enjoyable everyday.”