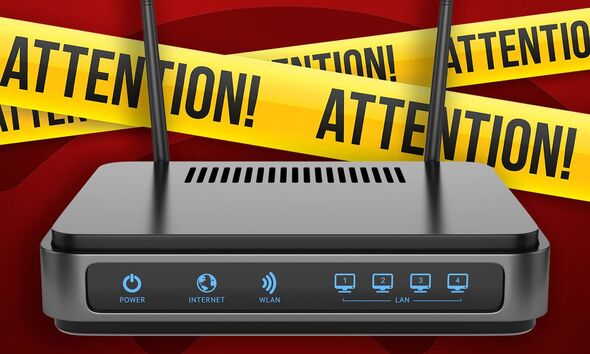 If you have broadband beamed into your property it’s vital to check your current plan without delay. Millions of UK homes are now out of contract which almost certainly means many are paying way too much for internet access. That’s because once an initial offer ends, most Internet Service Providers (ISPs) place customers on a standard tariff which can be well over £10 per month more expensive.

To make matters worse, almost all of the major ISPs are going to hike costs in April 2023 with some bills going up by as much as 15 percent. Clearly, the bigger your bill now, the more it will go up by once the increases come into force.

For example, if your broadband price is currently £60 – expect to pay £69 after April, however, slash your internet plan down to £25 and the hike will cost you just £3.75 more. This is why it’s vital consumers shop around and switch to something cheaper as soon as possible.

Adding its weight to the urgency, consumer group Which? has just sent out a warning advising consumers to make changes to their plans.

The alert comes after it asked more than 5,000 out-of-contract customers whether they had haggled or switched and how much money they had saved in the process.

Which?’s survey shows that, on average, TV and broadband customers saved £162 by making a move to a new supplier.

Get 50% Off Three Broadband

For a limited time, Three has slashed 50% off monthly bills for its home broadband! Three relies on 5G networks to power its Wi-Fi, so you won’t need an engineer to visit (and drill holes in your walls). With speeds up to 1Gbps available, it offers broadband speeds comparable with any provider!

Vodafone has slashed the price of its Full Fibre 2 plan – which offers average download speeds of 73Mbps – down to just £22 per month.

Sky has launched a winter sale with broadband prices now starting from £23 per month. That includes 36Mbps downloads and the firm’s Speed Guarantee.

BT broadband and TV half price

BT’s broadband and TV services are now half-price for the first 6 months of the contract. That means you get broadband fro under £15 and telly for less than £9.

Even customers who did not switch but took the time to haggle with their broadband and TV provider saved an average of £90 a year.

Alarmingly, Which?’s survey revealed that one in five broadband customers did nothing when their contract ended – despite potentially facing a hefty increase as they move from an introductory offer to a pricier standard tariff.

Sadly, both in-contract and out-of-contract customers will almost certainly be subject to annual inflation-linked price hikes depending on their provider.

Last year those price hikes were an eye-watering 10 per cent and this year they are predicted to be even higher as some mobile customers could face rises of up to 18 per cent.

This means households not taking action now are most at risk of paying through the nose at a time when budgets are already stretched by the ongoing cost of living crisis.

While no price hikes have yet been confirmed, Which? is calling on all providers to carefully assess what level of mid-contract price rises can be justified in the current cost of living crisis and allow customers to leave their contract without penalty if prices are hiked mid-contract.

Speaking about the issue, Natalie Hitchins, Which? Head of Home Products and Services, said: “While our findings show that out of contract customers can avoid mid-contract price hikes by switching to a new provider or haggling with their current one, those still signed up to mobile or broadband contracts could be hit with price increases that could be as high as 18 per cent.

“Given the unrelenting cost of living crisis, Which? is calling for all providers to allow all customers to exit their contracts penalty free.”

As well as Which? issuing an alert, MoneySavingExpert Martin Lewis has also urged consumers to “ditch and switch.”

There are plenty of deals on the market which can help reduce bills and it’s also worth ringing your current ISP to see if they can drop the price.

Before you make the call, do some research on the best deals and then haggle.

“I’d make sure you’ve seen what other providers are charging in your area, because it’s postcode dependent… and say I’m not willing to pay that amount, can you offer me a better deal?,” Lewis advised.

“If they say no… you say I want to go through to customer disconnections… this is where they can do the big deals.

“Always be polite and if they don’t give you that price, I would be pretty annoyed and I’d want to ditch and switch and go elsewhere.”