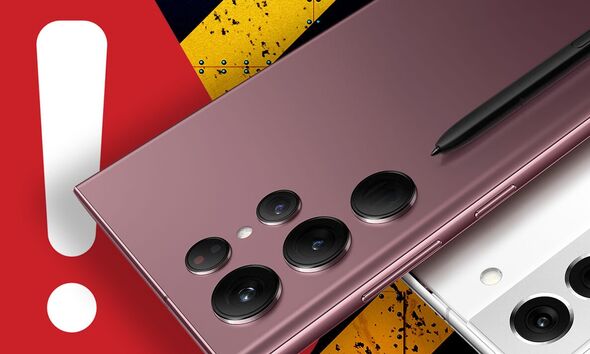 Thinking about a Samsung Galaxy upgrade? We’d advise that you wait a few weeks before taking the plunge as the Korean technology firm is about to unleash something totally new. Yes, the current award-winning Galaxy S22 range is going to be superseded by the latest and greatest Galaxy S23 and this could definitely be a device to watch out for in 2023.

The grand unveiling will take place on February 1 at one of Samsung’s famous Unpacked events and we can expect this latest device to include plenty of shiny new features. Perhaps the biggest upgrade will be found under the hood with the S23 looking almost certain to be powered by the new Snapdragon 8 Gen 2 chip from Qualcomm.

That brain was announced late last year and brings big performance gains along with improved gaming and help with producing pin-sharp photos thanks to clever AI. It’s also expected that the Gen 2 chip will be much more efficient which should result in longer battery life.

As well as being faster, we’re also expecting Samsung to add some Hollywood-style glamour to its cameras.

It’s unclear exactly what changes are coming but making home videos could look a lot more like a mini blockbuster than something filmed on VHS.

Other new features may include an improved display, faster charging and even the ability to send texts into space.

That’s all thanks, once again, to that Snapdragon Gen 2 chip which Qualcomm has confirmed is fully capable of linking to satellites so phones stay connected even when there is no mobile signal.

For a limited time, get Galaxy S22 Ultra at half price for the first six months of your pay monthly contract from Three. You’ll get unlimited 5G mobile data, text messages and calls. Not only that, but you’ll also get a Samsung Galaxy Chromebook 4 and one-year of Disney Plus for free!

Of course, if Samsung follows last year’s announcement we should also see an Ultra phone launched alongside the standard model with this more premium device including a built-in S Pen for scribbling on the screen.

Announcing the release date news on its website, Samsung said, “A new era of Galaxy innovation is coming. Our innovations are designed to enable incredible possibilities for people today and beyond. The new Galaxy S series will be the epitome of how we define the ultimate premium experience. We’re raising the bar and setting new standards for what’s epic.”

If you don’t mind popping the current S22 in your pocket there are some good offers available on this device with Samsung currently giving away a free laptop to anyone who takes the plunge. You’ll find all the best

Just be aware, something much better could be launching soon.