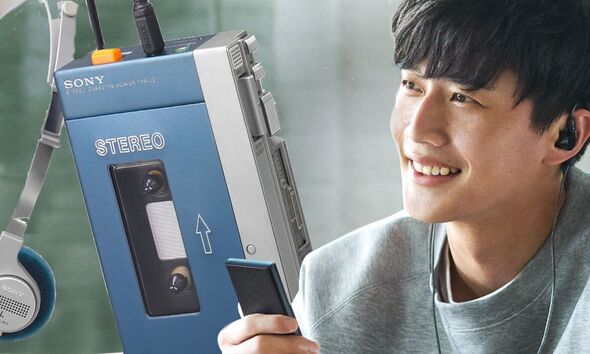 Anyone raised in the 80s will almost certainly remember their first Walkman with these iconic music players offering a way to listen to tunes on the move. When the Japanese tech giant unveiled its first Walkman back in 1979 there were no music streaming services such as Spotify, rechargeable power packs or the ability to load thousands of songs onto an internal hard disk. Instead, owners only had the choice of their favourite cassettes and to make sure they left the house with enough AA batteries in their bag to keep the music playing.

Technology has come a long way since then and the latest Walkman from Sony is nothing like the original. This new device, called the NW-A306, comes packed with features including high-quality Hi-Res audio playback, 36-hour battery life and even clever artificial intelligence tucked inside.

This Edge-AI DSEE Ultimate upgrade allows the device to upscale music which means that compressed and low-quality tracks are given a music studio-style makeover. The feature even works over Bluetooth headphones so there’s no need to carry around wired cans.

Sony’s NW-A306 can connect to the web via Wi-Fi allowing users to stream their favourite songs and there’s a touch screen so it’s easy to see what is playing and select the track that wants to be played next.

Just like a smartphone, it’s powered by Android which means all of the most popular music apps, such as Spotify, can be downloaded and there’s even access to Chrome so you can surf the web right from the device itself.

As well as sounding impressive and having those smart features, the NW-A306 should also look pretty good as well with Sony promising a sleek new design that weighs in at just 113 grams.

And this music player has an aluminium milled frame which Sony says helps it provide superior rigidity for low impedance, stable sound and solid bass.

If that’s got you reminiscing about the past then the NW-A306 goes on sale later this month. The only slight issue is the price as this music player isn’t exactly cheap. Those wanting one will need to splash out £350 when it finally hit shelves.