Is this the eco future of Britain’s homes? Flush using rain, ‘blue’ roofs to trap water and porous drives that don’t flood… welcome to the houses of tomorrow

Rain water could be used to flush toilets and clean clothes in washing machines under new compulsory ‘green’ housing plans.

The changes could be introduced as early as next year in a major drive to save water and prevent flooding.

Plant-covered rooftops, ponds, ditches and water butts could also be made mandatory by the Government to help trap rain when the heavens open.

‘Blue roofs’ which can store large amounts of rain water in a tank on top of houses may feature in rules along with permeable drives allowing downpours to seep into the soil rather than running off into the drains. 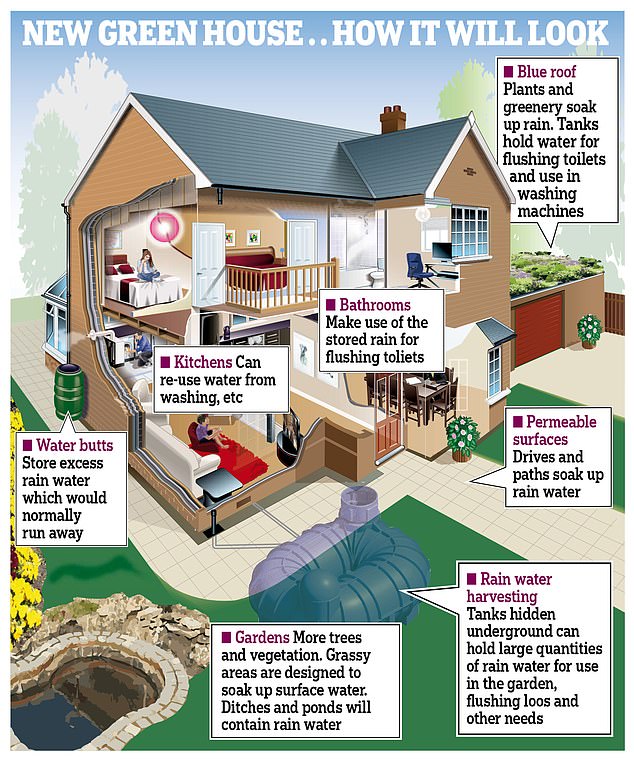 Plant-covered rooftops, ponds, ditches, water butts and other features could be made mandatory by the Government to help trap rain when the heavens open

The increasing trend for covering front gardens in tarmac so more car parking is created and replacing grass with astroturf causes rapid water run-off into the streets and sewers. Underground water storage areas called soakaways are also under consideration.

The changes are proposed as urban flooding after torrential rain – which caused chaos around London in July 2021 – is forecast to become an increasing danger amid climate change.

Even though the UK is expected to experience more bursts of intense rainfall, summers are set to get increasingly dry so water butts and other storage features will help ease pressure on supplies. The Department for Environment, Food and Rural Affairs will launch a consultation on the plans for new housing developments in the coming weeks. The shake-up is also designed to help curb pollution by preventing street surface water carrying oil and tar from entering drains and then being carried to rivers and streams. 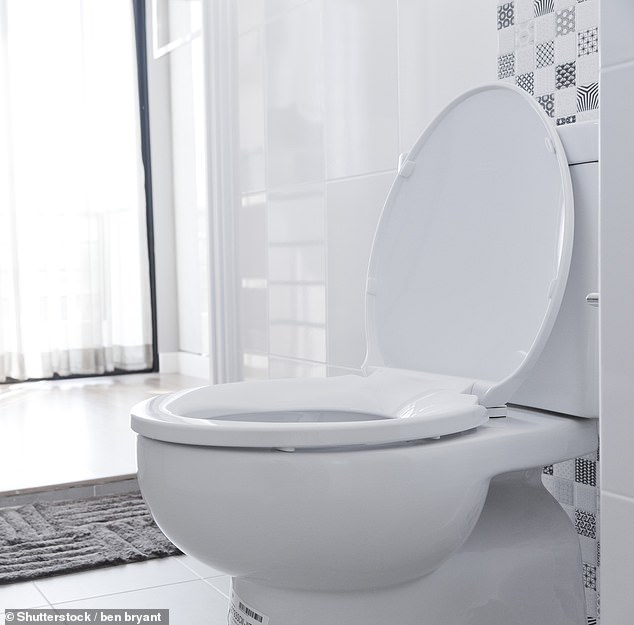 New housing projects will have to install flood prevention measures to be allowed to connect up to drainage systems. The Defra consultation said: ‘New developments can inadvertently add to surface and sewer flood risk by covering permeable surfaces like grassland and soil that would otherwise assist in dealing with heavy rainfall.’

It added: ‘The new approach… will ensure sustainable drainage systems are designed to reduce the impact of rainfall on new developments by using features such as soakaways, grassed areas, permeable surfaces and wetlands. This reduces the overall amount of water that ends up in the sewers and storm overflow discharges.’ However, the Government said smaller developments are likely to be exempt from the rules.

Environment minister Rebecca Pow said: ‘Our traditional drainage systems are under increasing pressure from the effects of climate change, urbanisation and a growing population.’

She added: ‘Taking a more consistent and effective approach to sustainable drainage systems will improve the resilience of our drainage and sewer infrastructure.’