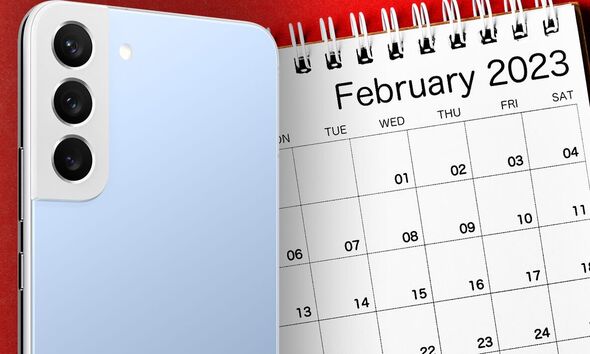 Samsung Galaxy owners could soon find their phones appear more than a little outdated. The Korean technology giant is famed for releasing its next generation of devices in the early part of the year and it appears that 2023 will be no different.

According to the latest leaks – and even a post released on one of Samsung’s own websites – the new Galaxy S23 and S23 Ultra look set to be unveiled on February 1 at one of Samsung’s glitzy Unpacked events.

Although not officially confirmed by Samsung, that date would make a huge amount of sense as February is almost always when the latest flagship from the company is unveiled.

To back up the latest rumour, a number of images have also been posted on social media showing what appears to be an official S23 teaser. Along with revealing the date, there’s also a sneak peek of the phone itself with an invite showing a device with three cameras that neatly pop out of the rear case.

If February 1 is the real date for a release then we can expect Samsung to announce the launch soon. In fact, we wouldn’t be surprised to hear more within the next few days – so watch this space.

Although we don’t know exactly what will be included on the S23 there are plenty of upgrades that seem very likely including the latest Snapdragon 8 Gen 2 processor tucked inside.

This powerful new brain was unveiled late last year with makers Qualcomm hinting that it will feature in the S23.

Another bonus of the Snapdragon 8 Gen 2 is that it’s now fully capable of linking to satellites which means text messages can be sent even when there’s no mobile signal.

This is a feature that Apple recently launched on its iPhone so it will be interesting to see if Samsung’s S23 now follows with something similar.

Other upgrades coming to the new Galaxy could include a refreshed design, brighter display and better video recording.

It’s also thought that anyone pre-ordering the device will also get a free pair of Galaxy Buds Pro with a leak on Twitter showing marketing material that shows off the promotion.

February 1 is now just over three weeks away so, if this date is true, we haven’t got long until all will be revealed.