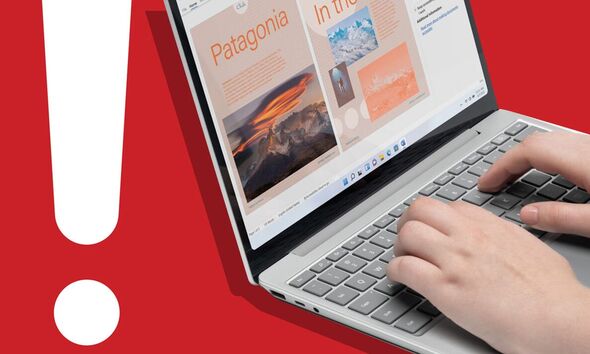 There have been warnings for months but this week will finally see one of Microsoft’s popular operating systems sent to the tech scrapyard. The US software giant has officially confirmed that Windows 8.1 will lose all support from January 10 and that’s really bad news for anyone who still has this software installed on devices. It also leaves those PC owners facing a hugely costly decision to make.

Once a Windows OS stops being supported it leaves devices open to a wealth of issues including glitches not being fixed and cyber thieves able to launch attacks without being stopped in their tracks.

That’s because Microsoft will no longer push out any bug patches or fixes for known security issues.

As the firm explains on its Windows support pages, “Once a Microsoft operating system (OS) reaches the end of support, customers will no longer receive technical assistance, software updates, or security fixes.”

While Windows 8.1 will continue to run on PCs, without continued software updates devices will be at greater risk of viruses, malware and cyber threats.

It’s a serious issue and, with the latest stats showing around 2.5 percent of the world’s PCs still have this software installed, it means millions will be at risk later this week.

With Windows 10 updates also due to be scrapped in 2025, Microsoft is now urging users to make the jump to Windows 11.

“We recommend upgrading to a version of Windows that is still supported,” Microsoft said. “A new device that can run Windows 11 makes for an easy transition and a great experience.”

Of course, that’s good advice but it does come at a heavy price.

Most older devices can’t run this very latest OS due to it needing certain system requirements including a powerful processor and TPM 2.0. TPM stands for Trusted Platform Module and is a security feature built into hardware that you’ll find on newer devices.

That means many could be left facing the costly decision of buying a brand-new laptop.

New Windows 11-powered PCs can be picked up for around £400 but that’s still an expense that people don’t need right after Christmas.

If you use Windows 8.1 and do not want to splash out on a new PC just be aware that, from Tuesday, it could become a bigger target for cyber thieves and any bugs that appear will no longer be fixed.