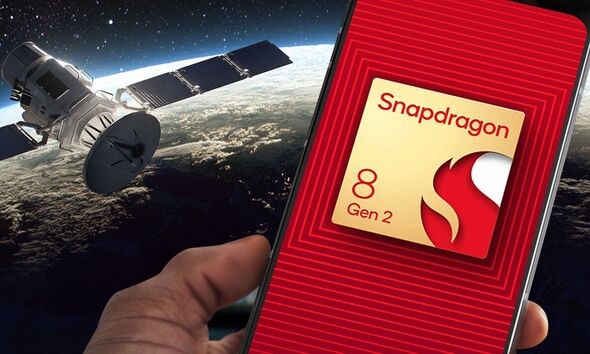 Satellite text messaging was one of the headline features of the new iPhone 14 and iPhone 14 Pro range. It’s a life-saving upgrade that allows the device to connect to space and send messages even when there’s no standard mobile signal. It’s already helped a number of iPhone owners get help when they’ve found themselves off the beaten track and now Android owners are set to be treated to something similar.

US chipmaker Qualcomm has announced that it is also bringing satellite-based two-way capable messaging to devices which will mean they will always stay connected even in the remotest parts of the globe.

This upgrade, which is in partnership with global satellite communications company Iridium, will be made available to flagship phones that are powered by Qualcomm’s upcoming Snapdragon 8 Gen 2 Mobile Platform. That’s the new chip which was announced by the firm late last year.

It’s rumoured that the new Galaxy S23 from Samsung will be powered by this next-generation processor and a number of other manufacturers, including OnePlus, Oppo and Sony, have also committed to having it tucked inside their phones.

There’s no word on whether any of these companies will actually enable this new satellite text messaging but it’s likely that won’t want to fall behind Apple.

“Robust and reliable connectivity is at the heart of premium experiences. Snapdragon Satellite showcases our history of leadership in enabling global satellite communications and our ability to bring superior innovations to mobile devices at scale,” said Durga Malladi, senior vice president and general manager, cellular modems and infrastructure, Qualcomm Technologies, Inc. “Kicking off in premium smartphones later this year, this new addition to our Snapdragon platform strongly positions us to enable satellite communication capabilities and service offerings across multiple device categories.”

Emergency messaging on Snapdragon Satellite is planned to be available on next-generation smartphones, launched in select regions starting in the second half of 2023 so expect more news to be announced soon.

Want to know more about this space-aged technology? Express.co.uk recently put Apple’s satellite texting to the test and you can read how we got on here.