A step closer to making fuel from thin air: Scientists develop a solar-powered artificial LEAF that takes in water and produces hydrogen gas when exposed to sunlight

A small circular device inspired by a leaf can extract water from air to produce a clean energy source, a new study shows.

The ‘transparent porous conductive substrate’ (TPCS) is a small circle of compressed glass fibre, coated with a thin layer that absorbs light.

When the device is exposed to sunlight, it takes water from the air and produces hydrogen gas, which could potentially be used as fuel.

The hydrogen gas could be extracted and stored in large facilities and used when needed, such as for powering cars or heating homes, researchers say. 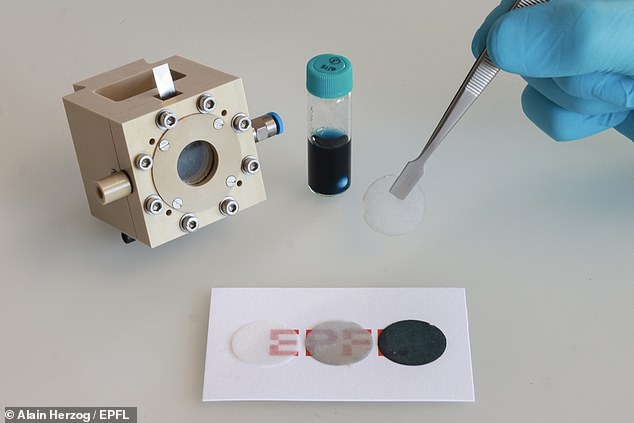 Hydrogen is a clean fuel that, when consumed in a fuel cell, produces only water.

Hydrogen can be produced from a variety of domestic resources, such as natural gas, nuclear power, biomass, and renewable power like solar and wind.

These qualities make it an attractive fuel option for transportation and electricity generation applications.

There are already cars that run on hydrogen fuel cells. It’s also a lightweight fuel option for road, air and shipping transportation.

The research has been conducted by chemical engineers at Ecole Polytechnique Fédérale de Lausanne (EPFL) in Switzerland.

‘To realise a sustainable society, we need ways to store renewable energy as chemicals that can be used as fuels and feedstocks in industry,’ said study author Professor Kevin Sivula at EPFL.

‘Solar energy is the most abundant form of renewable energy, and we are striving to develop economically-competitive ways to produce solar fuels.

The team were inspired by ‘how a leaf works’, namely photosynthesis – the process by which plants use sunlight, water and carbon dioxide to create oxygen and energy in the form of sugar.

But Professor Sivula wanted to show that the PEC technology can be adapted for harvesting water vapour from the air, instead of from liquid water, which could lead to more use cases, such as in humid environments.

To make their TPCS, they started with a type of glass wool, an insulating material made from glass fibre that has a similar texture to textile wool.

The glass wool was processed in a commercial kitchen blender and compressed into circular felt ‘wafers’ by fusing the fibres together at high temperature.

Next, each wafer was coated with a transparent thin film of tin oxide, an inorganic compound known for its excellent conductivity.

They ensured the coating was porous in order to increase its surface area and maximise contact with water in the air. 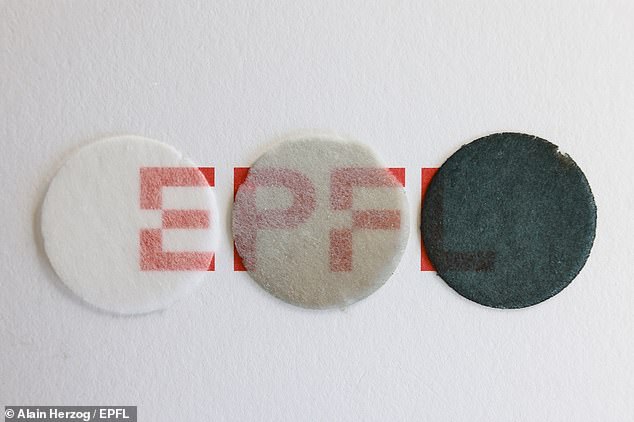 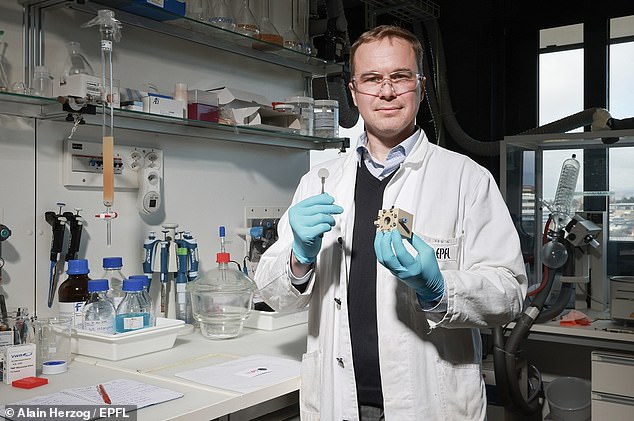 What are PEC cells?

Photoelectrochemical cells (PECs) are devices that use light to stimulate a photosensitive material, like a semiconductor, immersed in liquid solution to cause a chemical reaction.

The discovery that PECs can convert solar energy into useful fuels or electricity dates back to the early 1970s.

The wafer was then coated again with a chemical compound called copper(i) thiocyanate, a sunlight-absorbing semiconductor material.

This second thin coating still lets light through, even though it appears opaque.

‘The semiconductor absorbs the light, so it appears dark,’ Professor Sivula told MailOnline.

‘Importantly, we do not want light absorption by the electrode without the semiconductor coating as this would mean that it cannot absorb very much light.’

The scientists went on to build a small chamber containing the coated wafer, intended to collect the hydrogen.

Researchers say the system works in humid environments where there is a high amount of water vapour in the surrounding air.

This could make it ideal for installation in high humidity countries such as India, Malaysia, the Philippines and Indonesia.

Potentially, large facilities containing the system could operate in remote areas in these countries, giving cars a supply of hydrogen fuel, for example. 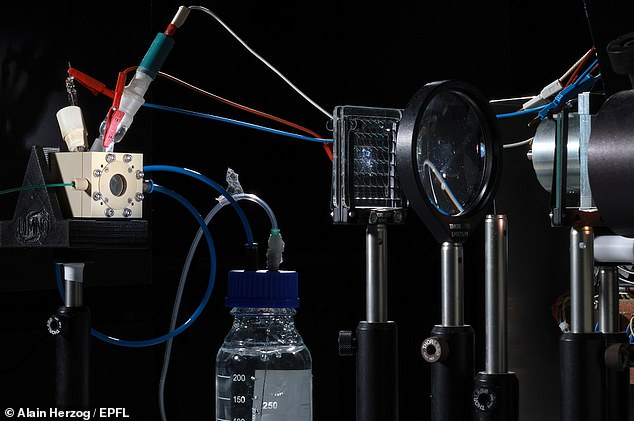 The scientists also built a small chamber containing the coated wafer, as well as a membrane for separating the produced hydrogen gas for measurement 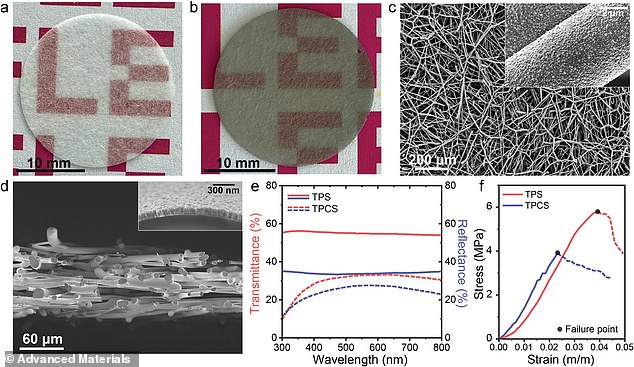 ‘In a future implementation of this technology, hydrogen collection would be needed,’ said Professor Sivula.

‘However, the chamber could be as simple as a plastic bag or sleeve that would contain the produced gases.’

The team’s study, published today in the journal Advanced Materials, marks ‘only a first stage’ in rolling out this technology.

‘The overall solar to hydrogen efficiency is still quite low, but our invention of the TPCS now opens the door to advance this technology further,’ Professor Sivula said.

MailOnline has contacted the researchers for further information on the timeline for rollout and the price.

Terminator-style robot can survive being cut with a knife

The world’s first hydrogen-powered flying boat that can soar three feet above the water’s surface will be built in Dubai this year.

Simply called ‘The Jet’, the vehicle is set to be powered by two hydrogen fuel cells that produce no emissions as it sails smoothly over the waves ‘in silence’.

The Jet will also use ‘hydrofoils’ – wing-like blades underneath the hull that cut through the water as the boat speeds up, creating an uplift, similar to the aerofoils used on airplanes.

Once built, The Jet will span 32 feet, weigh 6 tones and be able to transport up to 12 passengers plus a pilot over waters at a cruising speeds of up to 40 knots, or 46 miles per hour.

Concept images of The Jet show an unusual slender white vehicle with blacked out passenger windows, like a marine version of a swish limousine.