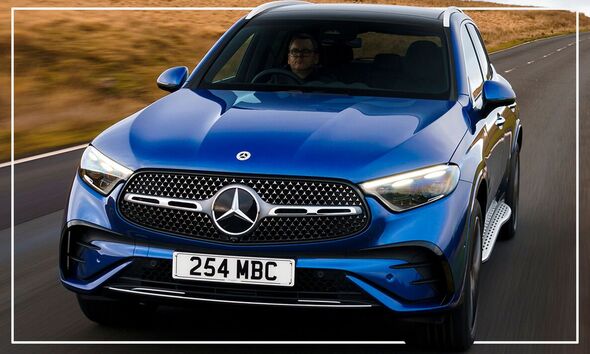 The UK is just seven years away from all new petrol cars being banned from sale. It’s a radical concept that’s aimed at cutting pollution, reducing emissions and making our towns and cities more pleasant places to be. Over the past few months, Express.co.uk has been putting a number of electric cars through their paces including taking the award-winning Hyundai IONIQ 5 on a 1,000 mile trek across the UK.

There’s no question that these battery-powered vehicles really do feel like the future but, sadly, the UK’s charging infrastructure is stuck firmly in the dark ages. Even in London, finding a charger that isn’t being used by someone else or is simply broken is a massive headache.

When one does become available, most only offer 50Kwh charging speeds which means you’ll be waiting at least 40 minutes if you want to boost the battery from flat to full. During our time charging in supermarket car parks and motorway service stations across the UK, Express.co.uk has spoken to endless EV owners who all say the same thing.

They love their cars but refilling them is a total nightmare that requires a huge amount of time and endless patience.

Gas-guzzling petrol motors are clearly not doing the planet any good and we have to find new ways of travelling from A to B but there’s a monumental amount of work to be done if millions of us are suddenly going to switch to electric in the next few years.

Queues of cars waiting for a refill, as witnessed by Tesla owners over Christmas, could be a common sight on our roads unless towns, cities and motorway service stations rapidly install superfast charges.

This huge infrastructure issue is why the new Mercedes GLC 300 e makes perfect sense until the UK is fully powered up and ready to cope with increased demand.

This latest SUV from the German car firm features hybrid technology which means there’s both a battery and petrol engine tucked inside. Although hybrid cars aren’t a new idea, the Mercedes 300 e is probably the most practical to date as it offers around 80 miles of range without using an ounce of fuel.

That means the school run, commute to the office and trip to the shops can all be performed without polluting our streets. However, should the owner suddenly need to head further afield – or simply can’t find a free electric charger – the 2.0-lite engine makes sure everyone inside keeps on moving.

Having driven the new Mercedes GLC 300e it feels like the perfect compromise with a quick tap on the giant iPad-style display instantly switching between full battery power and fuel.

No matter which mode you are in, you still get the same snappy performance and the change between all-electric and petrol is completely seamless.

You can even use both modes at the same time which helps reduce overall fuel consumption on longer journeys. Despite its size, this SUV will nip from 0-62 in under seven seconds and comes packed with tech including automatically adjusting the seat position depending on the driver’s height.

With a price tag of over £70,000 this car clearly won’t be for everyone but having spent vast amounts of time in electric cars recently we’re not convinced now is the right time to switch to full battery power.

Unless you have the patience of a saint, EVs remain a frustrating way to travel.

Having a car that offers eco-friendly motoring via batteries plus the convenience of an engine when needed makes way more sense right now. Of course, a lot can change in seven years and we can expect better range and improved charging to arrive before we’re all forced to go electric.

The UK government has actually promised £1.6 billion to help boost the country’s network with 300,000 points expected to be live by 2030.

Let’s hope those upgrades become a reality as, if they don’t, we’re all going to need a lot more time to travel.