Women are better than men at putting themselves in other people’s shoes by imagining what they’re thinking or feeling, study shows

Women really may be more empathetic than men, finding it easier to judge other people’s emotions.

The age-old stereotype is that women are sensitive, while men often blunder into saying the wrong thing because they fail to notice when someone is upset or offended.

But a study suggests there may be some truth to this, showing women really appear to be better at detecting other people’s feelings.

The study looked at more than 300,000 people in 57 countries, who were each shown 36 cropped photos of eyes, as part of the ‘Reading the Mind in the Eyes’ test. 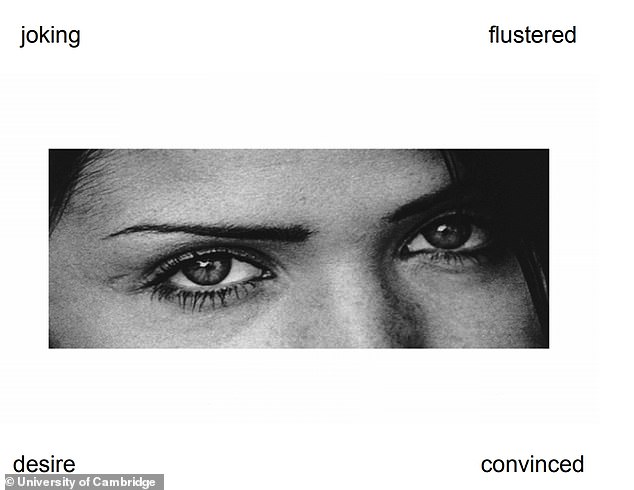 Females, on average, are better than males at putting themselves in others’ shoes and imagining what the other person is thinking or feeling, suggests a new study of over 300,000 people in 57 countries. Researchers found that females, on average, score higher than males on the ‘Reading the Mind in the Eyes’ test, which asks participants to pick which word best describes what the person in the photo is thinking or feeling, just by viewing photos of the eye region of the face (pictured)

Theory of mind (TOM) refers to the ability to understand the desires, intentions and beliefs of others.

It’s a skill that develops between 3 and 5 years of age in typically developing children.

TOM research investigates how we ascribe mental states to other persons and how we use the states to explain and predict the actions of those other persons.

It looks at understanding of people as mental beings, who have beliefs, desires, emotions, and intentions, and whose actions and interactions can be interpreted and explained by taking account of these mental states.

Theory of mind is impaired in some people with autism.

A 2021 study suggests dogs may have at least one aspect of TOM – the capacity to recognise intention-in-action.

These people were asked to choose the correct emotion felt by the person whose eyes were photographed, from a list of four emotions.

These included straightforward feelings like terror and confusion, but also tricky emotions like embarrassment, nervousness, unease and contentment.

Across most countries, women scored better than men on average at correctly detecting the emotions.

Dr David Greenberg, who led the study published in Proceedings of the National Academy of Sciences, is based at Bar-Ilan University in Israel, and honorary research associate at the University of Cambridge.

He said: ‘Our results provide some of the first evidence that the well-known phenomenon – that females are on average more empathic than males – is present in wide range of countries across the globe.

‘It’s only by using very large data sets that we can say this with confidence.’

The study is the largest ever to look at ‘theory of mind’, which means cognitive empathy, or the ability to put yourself in someone else’s shoes and imagine what they are thinking or feeling.

Women appear to be better at this than men from the age of 16 right up until the age of 70 – the upper age limit the study looked at.

On average, they score about two per cent more highly, the results show.

It is unclear why women score more highly, although boys may be less empathetic because they are exposed to more testosterone in the womb, and women are often particularly encouraged by society to be polite and mindful of other people, which could make them more aware of other people’s feelings. 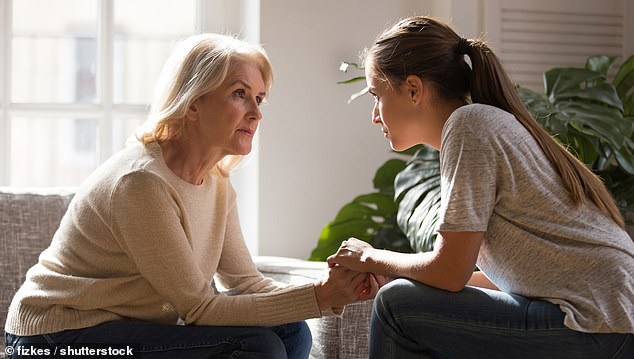 A fundamental part of human social interaction and communication involves putting ourselves in other people’s shoes, to imagine another person’s thoughts and feelings. This is known as ‘theory of mind’ or ‘cognitive empathy’ (file photo)

The authors suggest both biological and social factors play a part.

Females scored significantly higher than males on the test across 37 countries, including the UK, US, Canada, Australia, Spain, Germany and India.

In no country did men perform significantly better than women in the test.

Researchers found a decline in women’s empathy after the age of 50, which could be related to hormonal changes linked to the menopause, although more research is needed to understand if this plays any part.

Men’s empathy, based on the results of the test, starts to go downhill after the age of 58. 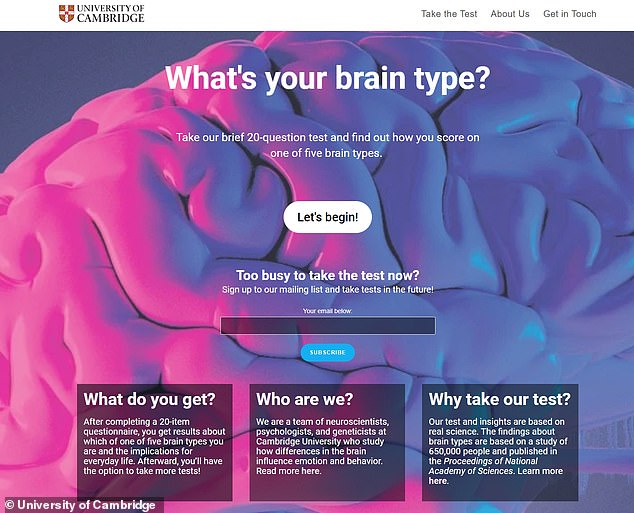 People can calculate their own empathy scores by trying the test at www.yourbraintype.com

The results, from an empathy test conducted in English, was confirmed in test results from a separate group of people given the same task in eight other languages.

It was further confirmed in more than three groups including more than 7,000 people.

The ability to empathise with others varies across different people, and is partially genetic, but it is particularly difficult for people with dementia, autism and mental health issues such as schizophrenia and personality disorders.

People can calculate their own empathy scores at www.yourbraintype.com.

Your style of humour could indicate you’re a psychopath, study finds

Your parents can make you a harmful perfectionist, study finds

Reflecting on memories with an ex can improve a current relationship

Dogs have basic mind-reading abilities and can tell whether or not human actions are intentional, a 2021 study showed.

Researchers in Germany compared dogs’ spontaneous reactions to intentional and unintentional human behaviour with pieces of food passed through a glass barrier.

They found dogs responded differently depending on whether the actions of the experimenter were deliberate or not.

The results suggest canines can master a basic component of the Theory of Mind, previously regarded as uniquely human.

Theory of mind refers to the ability to understand the desires, intentions and beliefs of others.