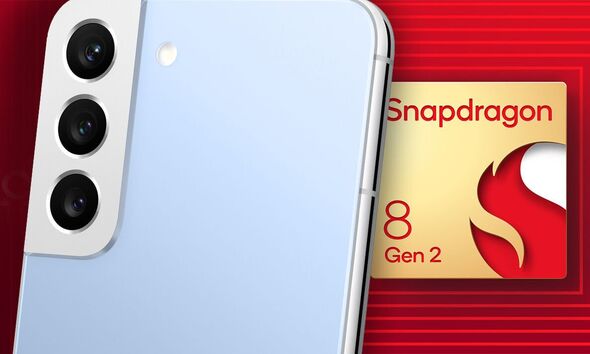 The Samsung Galaxy S23 is set to be one of the most high-profile releases of 2023 and it could offer UK users a serious speed boost and improved ways to game. The next flagship from the South Korean tech giant will be revealed in the coming months and we’ve already found out one exciting feature about the eagerly anticipated Android devices. Qualcomm has revealed the specs for its all-new Snapdragon 8 Gen 2 processor, which looks almost certain to power the S23 in all regions. That’s a big change from previous years with UK users getting Samsung’s Exynos chip rather than Qualcomm power and what’s coming to the Snapdragon 8 Gen 2 makes for impressive reading.

At the recent Snapdragon Summit in Hawaii, the chip giant revealed its next silicon will feature 35 percent CPU performance and 25 percent faster graphics performance. While that’s a big difference there’s one key feature that will stand out for anyone that loves gaming.

Qualcomm also revealed that the Snapdragon 8 Gen 2 chipset will be the firm’s first to support ray tracing. Ray tracing is a graphics rendering process which has been a huge selling point of the latest generation of consoles and high-end PCs.

This impressive feature which PS5, Xbox Series X and Xbox Series S fans will be all too familiar with helps create more realistic lighting and reflections. On paper, this may not sound that exciting but in practice, it can transform the way a game looks and make it appear more lifelike.

While we are yet to see Android games released that support ray tracing this new hardware will pave the way for better-looking mobile games than ever before.

Elsewhere, the new Qualcomm chip will always support 144Hz refresh rates, 4K screens at 60Hz, as well as HDR10, HDR10+ and Dolby Vision. While there will also be video streaming for 8K HDR at 60fps.

So whether you’re gaming on the go or streaming a movie or boxset it will look better than ever thanks to Qualcomm.

When Qualcomm first revealed its new Snapdragon chip Samsung was mysteriously left missing from a promotional image that showed all of its partners.

But it’s emerged that Samsung devices could feature a Snapdragon 8 Gen 2 chip with an overclocked GPU, SamMobile reported. This should give Samsung a performance edge over its Android counterparts using the same generation of chips.

Besides the big chip upgrade, the S23 range is expected to bring with it a huge upgrade to the Ultra’s model. The S23 Ultra is rumoured to feature a 200MP camera, which is a huge upgrade over the 108MP main sensor seen on the S22 Ultra.

Notable leaker Ice Universe said the camera on the S23 Ultra will be the biggest leap forward for Samsung devices in five years.

A lot of this is down to massive strides forward in low-light pictures, which is believed to be a “significant” improvement over the S22.

While the recent Qualcomm news and rumours gives Samsung fans plenty to get excited about the reveal of the S23 could still be a number of weeks away.

Samsung typically reveals its latest addition to its Galaxy S series towards the start of each year, with the S22 range unveiled in February 2022.

Expect more news on a launch to be announced soon.