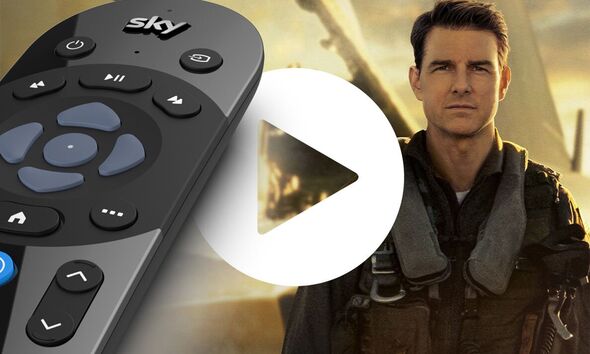 After months of waiting, the biggest blockbuster of the year is finally being made available to stream. Top Gun: Maverick – which is the highest-grossing film of 2022 – has just gone live via the Paramount+ service which means subscribers can watch this airborne epic without needing to rent or buy it.

Get Paramount+ For Free

When you subscribe to Sky Cinema, you’ll unlock hundreds of hours of television shows and movies to binge! It’s all thanks to a free subscription to Paramount+ (usually £6.99 per month) to watch on your Sky Glass, Sky Q, or on any device with a Paramount+ app

Paramount+ usually costs £6.99 per month but there is a way to tune and watch Tom Cruise taking to the skies without adding anything extra to the monthly finances.

That’s all thanks to a partnership between Sky and Paramount which is offering Sky Cinema customers full access to Paramount+ without paying a penny extra.

Those already using Sky Cinema simply need to say ‘Get Paramount+’ into their voice remote to get started.

Or there’s the option to sign and in and begin watching Top Gun via the Sky Cinema section of the Sky box.

Anyone who hasn’t joined this service yet can also add it to their subscription for £12 per month. That’s not cheap but it does include over 100 movies plus, once activated, Paramount+ will be automatically added.

The service is available on all of the latest Sky devices including Sky Q, Sky Glass and the new Sky Stream box which beams content to TVs via a broadband connection.

Of course, if you don’t have Sky there are still plenty of other ways to watch this streaming platform with the app also available on devices such as the Fire TV Stick and Apple TV. You can also tune in via the web or on your smartphone. The only thing to be aware of is that it’s only Sky Cinema users who get it free with everyone else needing to fork out that £6.99 monthly fee to gain access.

If that sounds a bit pricey you can reduce things by paying upfront for a year with this option costing £69.90 – that works out at just £5.82 per month. Along with Top Gun, there are plenty more things to watch on Paramount+ including all of the Mission Impossible movies, Clifford The Big Red Dog and The Lost City.

You’ll also find full access to other premium services including ShowTime, MTV and Nickelodeon. In total, Paramount+ features around 30,000 hours of content including hundreds of movies and exclusive TV shows.

Get Sky Stream at lowest EVER price

Sky Stream offers a brand-new way to watch Sky TV on any screen in your home. And it doesn’t require a satellite dish! Prices start from just £23, which includes 150 Sky TV channels in High Definition (HD), 500 on-demand boxsets, and a Netflix subscription

“This year will be monumental for our streaming strategy as we accelerate our global ambitions, rapidly expanding Paramount+ in Europe beginning with the UK, Italy, Germany, France and more by the end of this year and debut in Asia with South Korea in June, followed by India in 2023.”