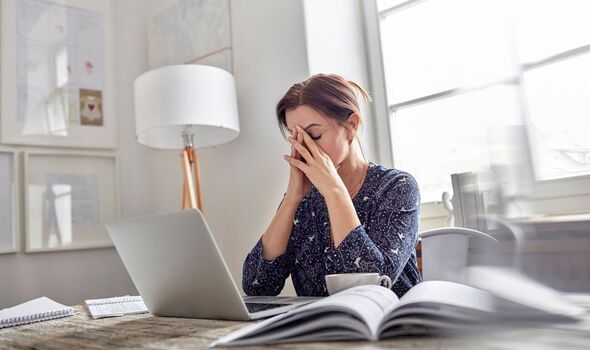 A frustrated mum has vented online after her boss expected her to work from home at 7am on Boxing Day, unpaid.

The mum, who works for a “large company”, said she and her team have been given December 26th and 27th off work.

She says she asked to book more time off over the Christmas period, but the request was denied.

To her annoyance, she learned her boss had booked off the “entire Christmas period”, meaning she was unable to take time off too as it “wasn’t fair” on her colleagues.

To add insult to injury, in a handover from her boss, the woman spotted a note asking her to log on to her computer at 7am on Boxing Day to “check something” but she “will not get paid for this”, reports The Liverpool Echo.

Taking to Mumsnet’s ever-popular Am I Being Unreasonable (AIBU) thread with a post titled “Ridiculous 7am start on Boxing Day”, the mum explained the situation and continued: “She has asked me to log on to my computer to check something at 7am on Boxing Day.

“In the handover it literally says ’26th Dec – bank holiday’ and then says for me to log on. I will not get paid for this.

“Also if said thing I am checking is wrong, I will need to flag with tech to fix it.

“That means I will need to phone them and because my flat is so insulated, I need to leave my house and go outside to get signal.

“I will also have people staying with me so I will end up waking everyone up. Anyway I am FURIOUS.

“What can I do here? I feel like knowing I have to log on so early on Boxing Day will semi ruin my Xmas day.”

The mum’s post was met with heaps of responses from fellow Mumsnet users, keen to share their thoughts and advice.

One suggested: “Just tell her you are away and won’t have internet access so you can’t do it”.

To which, the mum replied: “I already said that I was staying at home for Christmas. That’s why she’s given it to me clearly! She cheekily asked me what my plans were for Xmas last week – I thought she was genuinely interested but it all makes sense now”.

Another Mumnset user asked her if she was sure she would not get paid for logging on, but the mum said she was given “a flat out no” when she queried whether she would be paid for her time.

A third Mumsnet user said: “Tell her your holiday plans have changed and you’re now joining relatives in a remote location with no internet access, then look for a new job in the new year!”

Another said: “No pay = no work. Simple”, while another suggested she say: “I’m sorry, as I have holiday that day I have made plans. We have guests, haven’t decided if we’re staying up late and having a drink, or setting off super early for a Boxing Day trip to the coast. Either way, I won’t be able to log on on Boxing Day morning.”

One Mumsnet user commented: “Don’t be specific about your reasons. Just say, sorry it’s a bank holiday and I’ve made plans which mean I won’t be able to work that day.” Another echoed such sentiments and said: “I would just say, ‘As I am on leave I won’t be able to do that unfortunately’ and leave it at that.”

Another agreed and said: “Don’t go into unnecessary details about potential coastal walks or late nights. Just say no, sorry, I’m on leave that day and not available.”

And another said: “Agree – it’s a very straightforward one from you to whoever you’re reporting on this stuff to while she’s off. “Hi – I’ve been allocated this task for Boxing Day but unfortunately it wasn’t agreed with me first. I’ve got plans for the bank holiday that clash with this and won’t be able to do this one. Best wishes, etc.'”

In a follow up comment, the mum added: “I’m leaving in the new year (end of Jan). It’s been f***ing awful the last few months and this has just simply topped me off.

“Andddd how I tried to book Xmas off this year (first time in four years) and was told no as it wasn’t fair on anyone else – only to find out a few weeks ago that she had booked nearly 3 weeks off over the entire Xmas to go on holiday. I have to cover all her work. There was no discussion. I am seething.”

To which, a Mumsnet user replied: “Your last message makes mine redundant! If you’re leaving you’ve got absolutely nothing to lose. ‘X’s handover left me this task for the bank holiday. Unfortunately it wasn’t agreed with me in advance and I’m not able to do it. As I had my leave for the wider Christmas holiday rejected earlier this year, I am unwilling to give up any of the small amount of family time I’m able to take. I hope you’re able to find someone to cover this.'”

The mum thanked Mumsnet users for giving her the confidence to deny her boss’ request as she “feels intimidated by her”.

She then revealed her boss’ response: “Lol so she didn’t reply but this morning has emailed on a big chain with lots of managers asking me to confirm that I will be checking this. I have no words”.