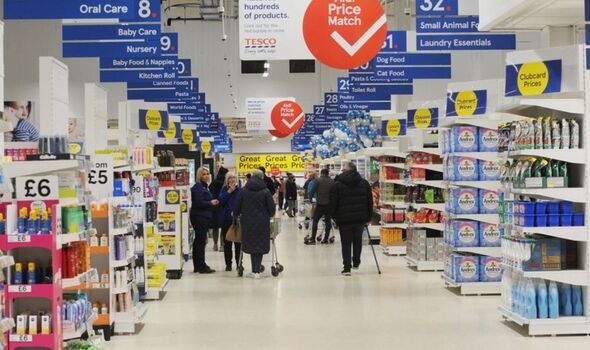 A mum was left “gobsmacked” after a woman approached her daughter at a supermarket checkout.

Beth, three of her children, and her husband, Paul, were doing their weekly shopping at their local Tesco when a customer approached her daughter.

At the time, Beth was getting ready to pay as her children packed their shopping into bags.

The 49-year-old told the Liverpool Echo: “The kids were helping me put things into bags and a lady came over and spoke to one of my children.

“She said ‘Do you believe in Father Christmas, or Santa?

“My daughter would probably say yes to anything because she probably didn’t understand, said she did.

“She then said, well I’m going to pay for your shopping.

“I was a little bit gobsmacked and said no, no don’t worry, and said all the British things you would say and she said, no, no, no, no I want to pay for your shopping.”

“She said she was a banker and she’d had a good year and that she wanted to bless some people.

“My husband’s been on strike recently and not been paid for strike days at the moment.

“Things have been a lot tighter at the moment, but she wouldn’t have known that.

“We were just incredibly appreciative of it, it was very timely.

“It was £140 as well it wasn’t a little shop as well, she knew that already though.

“When I run it back in my head I think I should’ve done this and that, but because I had my kids and my husband, I didn’t really have time to process it really.

“If I could speak to her again I’d just tell her how incredibly grateful I am.

“It was just incredibly kind and thoughtful, especially in this world where people just take and take for themselves and are so inward looking.

“I’d want to tell her how much it’s really blessed us as a family, not just in possessions but it’s given us a real sense of joy and such a lovely feeling over the weekend.

“I saw a really lovely side of humanity, when everything is so negative out there at the moment.”