TikTok is turning things around! Video app is testing LANDSCAPE videos in a bid to ‘move into YouTube’s territory’

In a bid to prise more users away from YouTube, TikTok is testing landscape videos with some users.

The Chinese social network told TechCrunch that users who have access to the test feature will see a new ‘full screen’ button appear in their feed.

Once they tap the button, the video will shift into a landscape orientation, just like videos on YouTube.

It’s the next chapter in the battle between Google’s YouTube and TikTok, which is owned by Chinese company ByteDance. 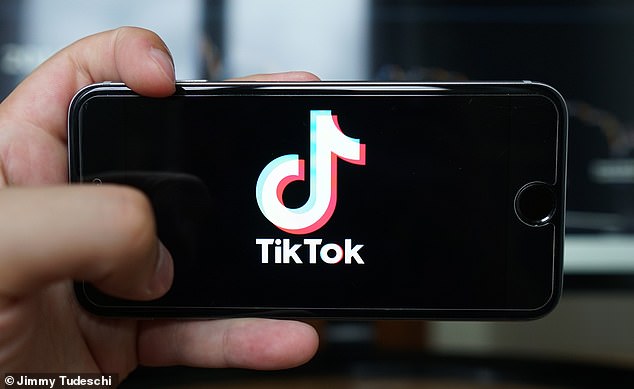 One Twitter user said: ‘I hope this sticks … it might actually make me want to use TikTok for once.’

It’s unclear which TikTok users are getting to test the feature; MailOnline has contacted TikTok for more information.

According to TechCrunch, TikTok could decide not to roll the feature out after the test has been completed.

Alternatively, in the future, TikTok could make videos shift from portrait to landscape automatically when users tilt their phones, without having to press a button.

Traditionally TikTok has hosted short-form videos (a few minutes long) in a portrait orientation while YouTube has hosted longer videos, many over 10 minutes long, in landscape.

YouTube was once the dominant force in video but TikTok has soared in popularity over the last five years and the two are now going head to head by mimicking each other’s features.

Earlier this year, TikTok ditched its three minute limit on videos by letting users upload clips up to 10 minutes long.

This gave content creators a bit more flexibility when filming clips such as beauty tutorials, cooking demos and comedic sketches.

It was also seen as a way to appeal to existing users on YouTube, which allows videos up to 15 minutes long – or even longer for verified users. 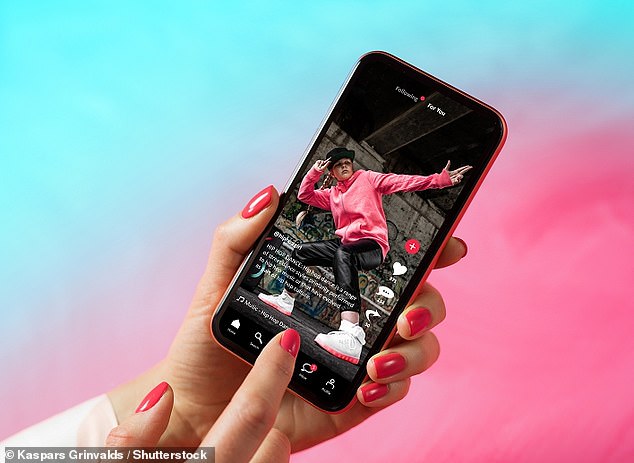 Videos on TikTok have been in a horizontal orientation, but switching them to horizontal will mimic a trend that was pioneered by YouTube 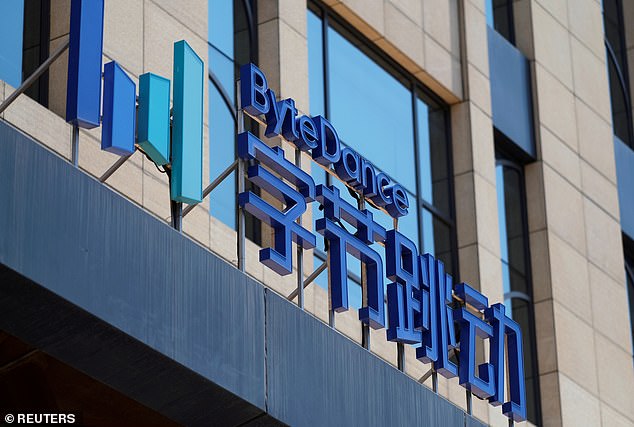 According to Beijing-based owner of TikTok Bytedance, the social media app has 1 billion monthly active users

Meanwhile, YouTube came up with Shorts, its short-form video-sharing option that lets users present clips in portrait mode and limits them to 60 seconds in length.

Generally, longer-form content is seen as easier to monetise and keeps people on the platform longer.

Paul Triolo, a technology expert at the Albright Stonebridge Group consultancy, told the BBC: ‘TikTok has been moving into YouTube territory for some time now.

‘The goal here seems to be to appeal to a more mature audience of the type that uses YouTube for informational and learning videos, where a full-screen mode would be more desirable.’ 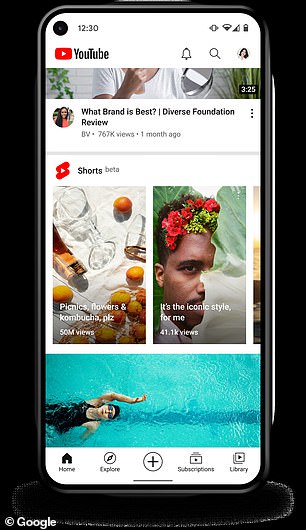 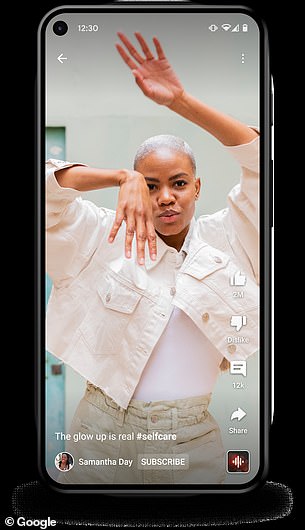 In June 2020, TikTok began to outrank YouTube in terms of average minutes of usage per day aged between four and 18.

The Chinese platform allows users as young as 13 to create an account by asking for a date of birth, although it doesn’t stop kids below this age from using it.

If you liked this article…

Facebook failed to detect death threats against US election workers

Twitter Blue is relaunched – but iPhone users have to pay more

As many tech companies have laid off employees to cut costs, TikTok is moving in the opposite direction.

The Chinese-owned social media firm has committed to adding about 3,000 engineers as part of a three-year push to build out its workforce globally – including in the US.

TikTok, which by most measures is outperforming its rivals among the coveted American teenage market, seems to be growing more than firms like Meta, Amazon and Twitter that have all announced major layoffs recently.

‘We have always been more cautious in terms of recruitment,’ TikTok Chief Executive Shou Zi Chew said in Singapore this week, reports the Wall Street Journal.

‘We’re still hiring, although at the pace that we think has to correspond with the global challenges that we’re facing.’