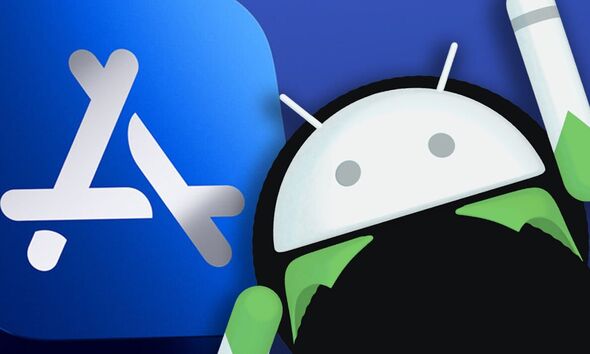 One of the biggest bonuses of owning an Android device over an iPhone is the ability to download apps and games from anywhere on the web. Although Google has an official app store the firm doesn’t restrict devices to that single marketplace which means owners have much more choice when it comes to adding software to their phones. Apple has never followed this path with the US technology giant locking its iPhones down so users can’t sideload programmes or download applications from unofficial sources.

In fact, the only place an app can be added to an iPhone is via the Apple App Store but that may be about to change.

According to a report from Bloomberg, Apple could be planning a seismic shift which would allow iPhone users to install things on their devices via other platforms.

The switch in direction is thought to be spurred on by an upcoming change from the EU’s Digital Markets Act (DMA) which states it wants to “put an end to unfair practices by companies that act as gatekeepers in the online platform economy.”

Explaining more, the EU said in a media release: “These are digital platforms that provide an important gateway between business users and consumers – whose position can grant them the power to act as a private rule maker, and thus creating a bottleneck in the digital economy. To address these issues, the DMA will define a series of obligations they will need to respect, including prohibiting gatekeepers from engaging in certain behaviours.”

These new rules look set to come into force in 2024 and could mean that Apple will not only have to allow third-party apps to be made available but also offer sideloading as well. The US firm is yet to make an official comment but it seems unlikely that they will allow any app to be installed without it being vetted first.

Apple’s strict rules have meant iPhone users have been far less likely to download apps that include data-stealing malware.

That’s something that can’t be said for Android users who face almost weekly warnings about dangerous applications that can even end up leaving bank accounts exposed.

We will have to wait and see how Apple applies these changes but it’s certainly an interesting time for the firm’s popular iPhones.

Along with the changes to apps, Apple is also going to have the adopt a new way for users to refill their devices.

This update is being brought in as the European Union (EU) is introducing a new law that will compel technology firms to use a single, charging port across a wide variety of devices. USB-C will be the port of choice for all phones, tablets and cameras sold in the EU from 2024.

The news that Apple would be ditching its current Lightning socket for USB-C on future iPhones was recently confirmed by Greg Joswiak, the tech giant’s senior vice president of worldwide marketing.

Speaking at a conference in California Joswiak said Apple will have to introduce USB-C on iPhones. “Obviously we’ll have to comply, we have no choice.”