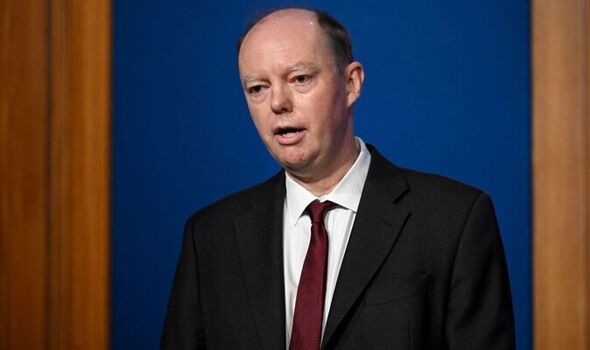 The Chief Medical Officer wants individuals to make a “small tweak” to their lives to curb pollution.

He says in his annual report, released today, that many are “simply not aware” of their dirt-producing bad habits “and therefore a lot of this is about information”.

Prof Whitty said: “In terms of idling, I think we should make really clear to people the downsides of doing this – that they are actually causing significant problems, potentially, to vulnerable people.

“Almost every parent would consider someone who is idling a car outside their child’s school to be an incredibly anti-social person to have around.

“And I think as much of this should be about people saying and having the courage to say, ‘Look, please don’t do this’.”

The Daily Express revealed last year how dangerous levels of air pollution surround almost every school in the UK.

Prof Whitty also warned against “backsliding” on the switch to electric vehicles and said we “can and should go further” to reduce filthy air across the country.

Sarah Woolnough, boss of Asthma + Lung UK, said: “This report should act as a rallying call. Toxic air not only puts people at risk of life-threatening asthma attacks and dangerous chronic obstructive pulmonary disease flare-ups, it can also lead to the development of lung conditions including cancer.”

RCP president Dr Sarah Clarke said: “The report is an important contribution that makes clear why we must be proactive and ambitious in our efforts to improve both outdoor and indoor air quality.”

The Express’s Green Britain Needs You campaign has highlighted the threat from toxic air across the nation.

Ella’s Law or the Clean Air (Human Rights) Bill has passed the House of Lords and will be scrutinised by MPs.

It was named after Ella Adoo Kissi-Debrah, who died aged nine after an asthma attack in 2013. She lived near the South Circular road in South-east London and became the first person in the UK to have air pollution listed as a cause of death.

Her mum Rosamund is now a leading campaigner for clean air.