What makes a feel-good Christmas film good? Scientists reveal how Love Actually, The Holiday and Home Alone all strike the right mix of humour, plot emotion and happy ending

In the run up to Christmas, many of us lose our adventurous side when it comes to sticking something on the TV.

Our desire for a complicated or thought-provoking plot goes out the window, and instead veer towards the festive classics we have seen many times before.

Studies have shown that there is a set formula to the ‘feel-good’ film, as they all tend to show elements of humour, a happy ending and recurring plots and characters.

MailOnline discovers from experts exactly what it is that makes our favourite Christmas flick stand the test of time, and why we keep coming back to them. 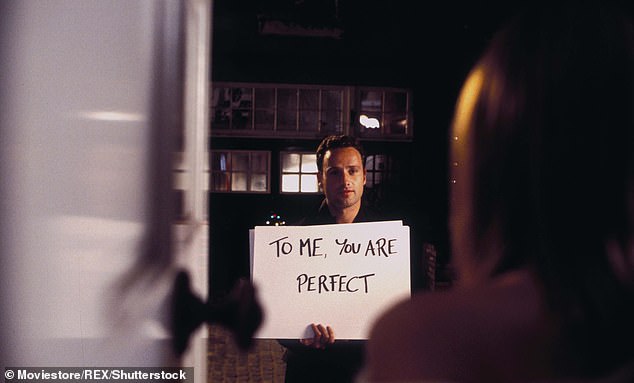 Studies have shown that there is a set formula to the ‘feel-good’ film, as they all tend to show elements of humour, a happy ending and recurring plots and characters 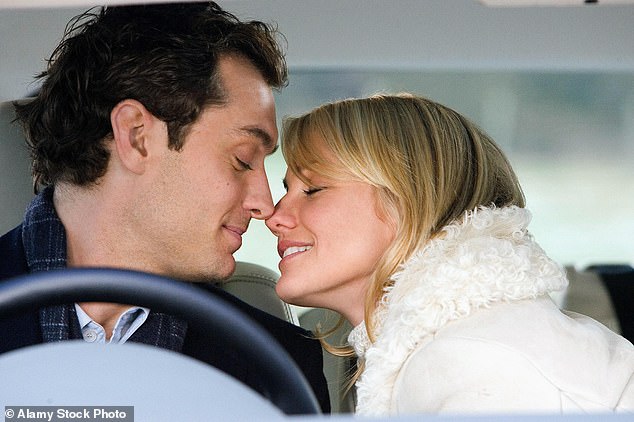 We gain comfort from a familiar story, and nostalgia has been shown to make us more optimistic and feel physically warmer

As well as elements within the films themselves, viewers also find comfort in the action of watching the same ones over and over.

We gain comfort from a familiar story, and nostalgia has been shown to make us more optimistic and feel physically warmer.

Dr Pamela Rutledge, a psychologist at Fielding Graduate University, says that feel-good movies have endless benefits for us.

She told MailOnline: ‘Happy endings, emotions of joy, laughter and happy tears trigger our neural rewards centre changing our body chemistry and making us feel physically good as well as lift our spirits.

‘Laughter is an antidote to stress. Drama and resolution can also be inspirational, uplifting, or profoundly moving, allowing us to reflect and make new meaning out of our lives.

‘Christmas and holiday movies trigger those psychological longings to feel loved and safe.

‘They provide a journey into a world of childlike simplicity and innocence — where families were warm, welcoming, and fun.’

Acts as a painkiller

What makes a good Christmas movie?

A team from the Max Planck Society for Empirical Aesthetics in Germany, published a study last year revealing what constitutes a feel-good movie.

They asked nearly 450 people to name typical examples, and what factors they think makes them so uplifting.

Lead author Dr Keyvan Sarkhosh told MailOnline: ‘A key feature – from a viewers’ perspective – of many feel-good films is their perceived fairy-tale-like atmosphere.

‘Notably, Love Actually, which was named as the most proto-typical feel-good film by the participants of our study, is set at Christmas-time.

‘The Christmas-like atmosphere is indeed closely connected with fairy-tale likeness.

‘The period right before and around Christmas is generally considered a time for family and hence social relations.

‘More importantly, although the Christ narrative is not a fairy-tale in and of itself, it is a story of redemption — as are typical fairy-tales.

‘The promise of redemption from loneliness, contempt and need is likewise characteristic of most prototypical feel-good films.’ 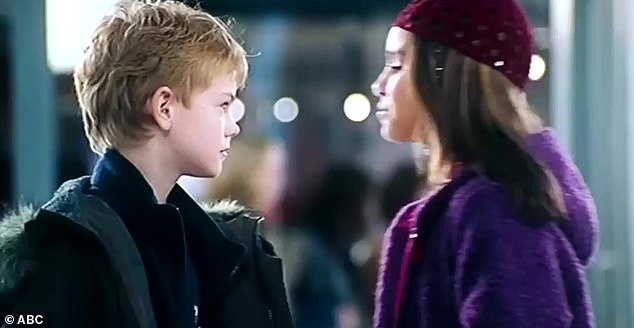 The responses to the survey also pointed to romantic comedies as having a particularly high potential for emotional uplift.

They highlighted the inclusion of humour and a happy ending as the reasons that made them feel good while watching.

Many Christmas classics fall under this genre, including ‘Love Actually’, ‘The Holiday’ and ‘Bridget Jones’s Diary’.

The study also found that plotlines that centre around an outsider in search of love proved popular among participants.

This character also fights against adverse circumstances to prove their worth until they find a fitting role in the community.

Christmas films that feature this plot include ‘Elf’, where Will Ferrell’s elf character Buddy learns to live in the United States. 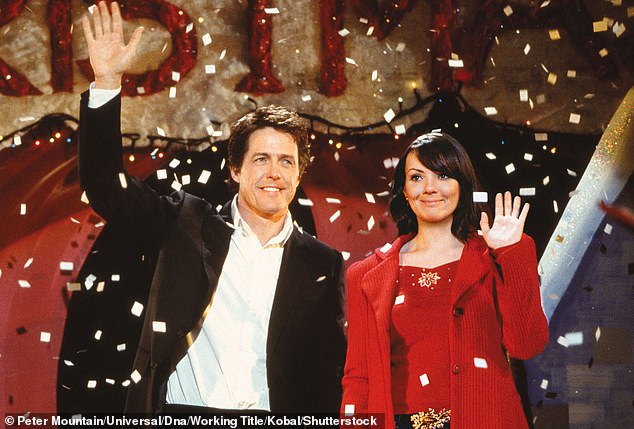 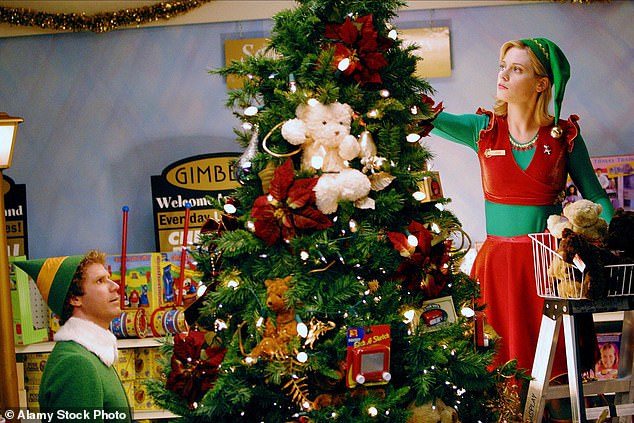 Pychologist Dr Pamela Rutledge told MailOnline: ‘Christmas movies intentionally rely on our nostalgia for the ‘good old days’ by leaning into images, stories, and music that stimulate our sentimental and wistful yearnings and associations from the past’

World’s thinnest Christmas tree is made from graphene

At only a third of a nanometre (one billionth of a metre) thick, the festive creation is 30,000 times thinner than kitchen film, although it’s 5.5 inches (14cm) long. 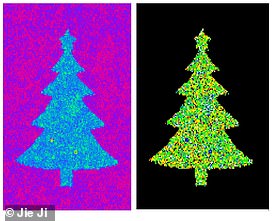 Dr Rutledge added that a predictable plot could also work to make a Christmas film more appealing as ”our brains find comfort in patterns’.

She told MailOnline: ‘When we rewatch an old favourite, we have the added neural reward of anticipation of the emotional journey we know is to follow.

‘This is enhanced by parasocial connections that make characters feel like old friends and settings like familiar places.

‘Visiting old friends for the holidays is a good way to get a little oxytocin triggered by the vicarious social connection.’

However, Dr Sarkhosh added that not all the feel-good films selected in the study were characterised by being ‘unanimously positive’.

He told MailOnline: ‘Feel-good films are characterised by their potential to – often simultaneously – evoke both positive and negative feelings in their viewers, and in particular mixed emotional feelings such as the feeling of being moved.

‘The latter is associated with the invocation of prosocial bonds.’

Some studies have shown a link between being emotionally moved and acts of generosity, forgiveness and other good deeds.

‘One could say that one of the perceived psychological benefits of feel-good films is their invocation and affirmation of prosocial behaviour and social bonds,’ Dr Sarkhosh said.

Dr Rutledge added: ‘Whatever the conflict, the genre promises a feel-good, grant-your-wishes ending to anticipate.’

Why do we watch the same Christmas movies every year?

Christmas movies are not usually looked on fondly by critics, and only a handful – including ‘Home Alone’ and ‘It’s a Wonderful Life’ – have ever been nominated for Oscars.

Therefore, it is unlikely to be their quality that keeps us coming back, but more likely the warm, fuzzy feeling of nostalgia.

Nostalgia is defined as a pleasant, sentimental feeling towards a period in the past, which can be evoked by watching familiar media, like an old favourite movie.

Dr Rutledge told MailOnline: ‘Christmas movies intentionally rely on our nostalgia for the ‘good old days’ by leaning into images, stories, and music that stimulate our sentimental and wistful yearnings and associations from the past.

‘Our memories of things in the past are recalled through rose-coloured glasses.

‘Research has shown that intense negative emotions fade faster than intense positive emotions when we recall past experiences.

‘As time passes, we are more likely to remember the positive.’

Reflecting on his study, Dr Sarkhosh added: ‘Many participants of our study pointed out that they often view their favourite feel-good films repeatedly.

‘It stands to reason that the familiarity with the favourite films, their plots and their characters has an impact on the overall enjoyable experience of such films and their perceived positive, or comforting, psychological effects.’ 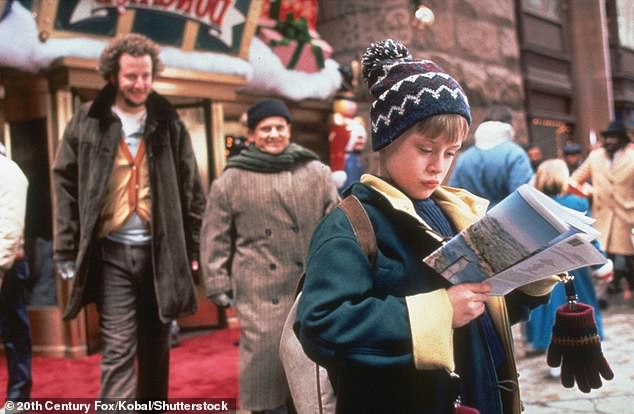 Nostalgia is defined as a pleasant, sentimental feeling towards a period in the past, which can be evoked by watching familiar media, like an old favourite movie 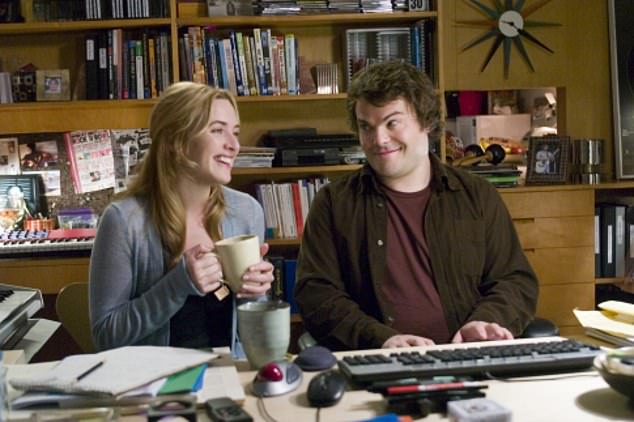 Research has shown that nostalgia is actually good for you, as it can make you feel more optimistic and less anxious about the future

Research has shown that nostalgia is actually good for you, as it can make you feel more optimistic and less anxious about the future.

One study from the University of Southampton asked one group of participants to recall a nostalgic event and write about it, and another group to record an ordinary event from their past.

The team found that the number of optimistic words included in the nostalgic narratives were significantly higher than in the ordinary stories.

In a second experiment, participants were played either a nostalgic or ‘neutral’ song, and those listening to the former reported higher levels of optimism than the other group.

‘Memories of the past can help to maintain current feelings of self-worth and can contribute to a brighter outlook on the future.

‘Our findings imply that nostalgia, by promoting optimism, could help individuals cope with psychological adversity.’ 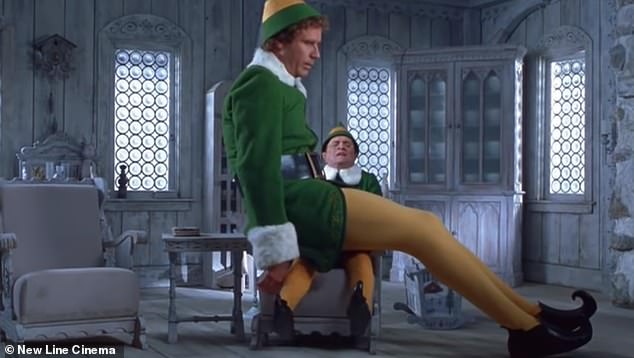 A study also found that movie plotlines that centre around an outsider in search of love proved popular. This character also fights against adverse circumstances to prove their worth until they find a fitting role in the community 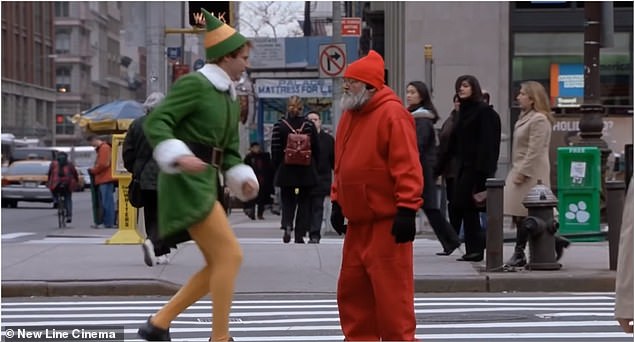 Christmas films that feature this plot include ‘Elf’, where Will Ferrell’s elf character Buddy learns to live in the United States

Another study at the institution showed that that the feelings we get when watching an old favourite actually make us feel physically warmer.

In one experiment, participants were placed in a cold room and instructed to recall either a nostalgic or ordinary event from their past.

They were then asked to guess the temperature of the room, and those who recalled a nostalgic event perceived the room they were in to be warmer.

The participants were next instructed to recall either a nostalgic or ordinary event from their past, before placing their hand in ice-cold water.

Findings showed that the volunteers who indulged in nostalgia were able to hold their hand in the water for longer.

It is thought the phenomenon can be explained by a cross-over in the brain, with a region involved in feelings also being key to how the body feels.

So, along with a mulled wine or warm mince pie, sticking on a Christmas classic could be a good way to stay cosy over December.

Why we love John Lewis at Christmas: The psychology behind festive adverts

Every year, households across the country get misty-eyed at the latest Christmas advert from John Lewis.

This November was no different, with the department store releasing ‘The Beginner’, which shows a middle-aged man struggle to learn how to skateboard.

At the end of the clip, it is revealed that his endeavour was to help bond with his foster daughter, who comes to visit clutching her own board.

MailOnline has looked at exactly what it is about these campaigns that pull on our heartstrings.

John Lewis tend to back their adverts with a cover of a popular song, which creates a comforting sense of familiarity.

Research has shown that we find it easier to remember stories than lists of information, so we connect more with a narrative than just product promotion.