The singer-songwriter Vance Joy was sitting in a darkish event space in an inner Sydney industrial estate on Wednesday night, whipping through an exactly 27 minute set when he paused to talk about hiring a car in America.

“I eventually got the Turo car and it made the whole experience so much better… It’s a good vibe,” said Joy, real name James Keogh. “It makes you feel much more at home… Anyway here’s a song I probably wrote around those times. It’s called Saturday Sun.” 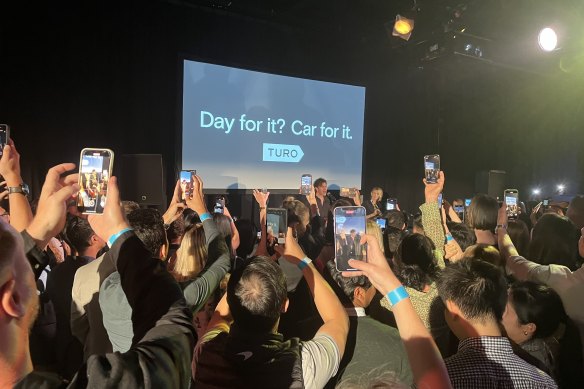 Turo, the American car hire company Keogh was spruiking, began taking bookings in Australia this week. The platform lets vehicle owners list their cars and set their own daily rental price, while renters can seek out available cars in their area at the best price.

As technology valuations plunge and cost-cutting rife in the sector, Turo’s event, headlined by Keogh, felt like a discount throwback to more profligate times, when money was no object in start-up land.

Uber, for example, paid megastar singer Beyonce $US6 million in share rights for a private 2015 concert in Las Vegas. But behind the technology crowd at the event gossiping about how much Keogh was paid ($10,000? $25,000? Most thought about $50,000, but the company refused to confirm) and the influencers taking selfies with luxury cars, the launch heralded a tooth-and-nail battle to come between Uber and Turo on Australian streets.

Uber announced it had purchased car sharing service Car Next Door in January near the peak of the technology bubble, before Russia’s invasion of Ukraine and soaring interest rates sent valuations crashing.

The Sydney Morning Herald and The Age can reveal the price was $115 million, more than double the $50 million suggested in previous reports, according to filings with the Australian Securities and Investments Commission.

For Uber, which is already dominant in the Australian ridesharing and food delivery businesses, the Car Next Door acquisition, now rebranded as Uber Carshare, is its attempt to capture a slice of a new transport sector. It is also gearing up to challenge Turo on its home turf too when it rolls out the car sharing service in the US next year. 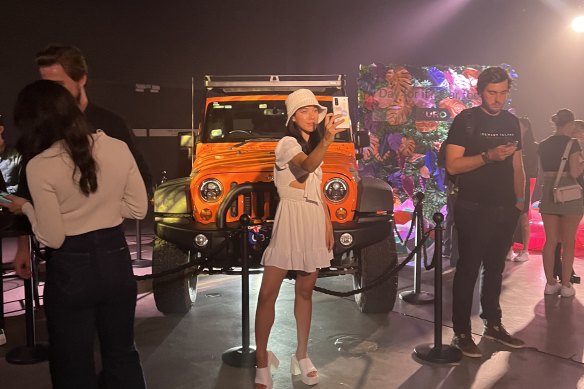 A guest at Turo’s Sydney launch last week takes a selfie in front of a luxury vehicle.Credit:Nick Bonyhady

“We want to do for cars sharing what we did 10 years ago for rideshare, making it a mainstream alternative to owning a car,” said an Uber spokesman, who would not comment directly on whether the purchase price for Car Next Door was too high.

For Turo, the Australian expansion is perhaps even more important. It filed the paperwork to go public at the start of what has since turned out to be a terrible year for technology stocks.

Turo boss Andre Haddad, who was in Australia for the launch, conceded the timing was poor but said the company had sufficient cash reserves and growth to choose when to go public.

“We definitely want to enter the financial markets at our own terms and not during these turbulences,” he said on Bloomberg TV. “And we believe that ’23 is going to be more hospitable, ’22 is pretty much now over and out of the question.”

Whenever it does choose to go public, which it must at some point given investors have been putting money into the private company since 2009 but most are yet to see a dollar return, buyers will want to see a story of continued growth. And the company’s prospectus estimates that “rest of the world”, which includes Australia, is a $32 billion potential market for car sharing.

At the function last Wednesday, Turo’s Australian boss Tim Rossanis (who is, naturally, ex-Uber), spruiked the company’s pitch as about “service and hospitality” but acknowledged Turo needs to have a healthy volume of cars on its platform at a time when wait times for new vehicles have blown out.

To that end, it has been offering bonus payments to people who list multiple vehicles and guaranteed earnings for early adopters.

Getting customers started with Joy, who was the drawcard for the dozens of influencers who attended the event and were, at least among those who spoke with The Sydney Morning Herald and The Age, unpaid.

“Do you know who we talk to get paid?” a pair of actors joked when asked if they were getting an attendance fee for coming and being encouraged to post with Turo hashtags.