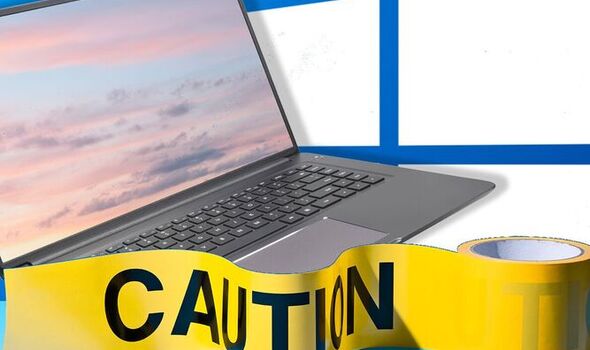 Microsoft is warning Windows users about a fast-approaching end-of-life date for one of its former flagship operating systems. The Redmond-based tech giant is once again reminding users that support for Windows 8.1 is ending soon, with this big cut-off date pencilled in for January 10, 2023. After this date, Windows 8.1 users won’t receive any technical support as well as software updates and security fixes – with the latter crucial for when bugs or hacks emerge.

According to Statcounter, in October 2022 Windows 8.1 was the fourth most widely used Microsoft operating system. Some 2.45 percent Windows users are still running Windows 8.1, which means millions of people will, in a few weeks time, no longer be able to download crucial security updates.

Microsoft has already reminded Windows 8.1 users earlier this year that they need to upgrade their device to continue getting support and have done so again this month.

In a post online the Windows makers said: “As of January 10, 2023, computers running Windows 8.1 will still function, but Microsoft will no longer provide the following: technical support of any issue, software updates, security updates or fixes.

“While you could continue to use a PC running Windows 8.1, without continued software and security updates, your PC will be at greater risk for viruses and malware. We recommend upgrading to a version of Windows that is still supported. A new device that can run Windows 11 makes for an easy transition and a great experience.”

With the cost of living crisis still raging, anyone currently using a Windows 8.1 laptop may not be able to upgrade their laptop and think it’s fine to continue using the ageing device and simply do without security updates.

But this can end up costing you much more in the long run – not only in time lost and stress caused by an attack but also in potential monetary loss.

One of the most high-profile examples of the dangers of using a PC running an unsupported operating system was the WannaCry ransomware attack.

This was a worldwide hacking campaign that hit in 2017 where users were locked out from their PCs unless they paid a Bitcoin ransom. While Microsoft released fixes for this threat it mainly affected devices that were running unsupported operating systems which didn’t receive patches – with one organisation that was affected being the NHS in the UK.

It’s estimated that the WannaCry attack cost the NHS £92million. It’s claimed the health service was using the unsupported Windows XP operating system at the time of the attack. However, the NHS denied this and said only 4.7 percent of devices within the organisation used XP.