Charging pup! Dogs prefer ELECTRIC cars to petrol or diesel vehicles – with the smoother ride reducing their heart rate by up to 30%

A new study has revealed how electric cars offer a smoother ride with reduced road noise and vibration that can lower a pooch’s heart rate by up to 30 per cent, helping to prevent car sickness.

Researchers at the University of Lincoln took 20 dogs on a 10 minute drive, first in an electric car and then in a diesel car.

They found that the test subjects were more restless in the fuel-powered vehicle, breaking their lying position 50 per cent more on average. 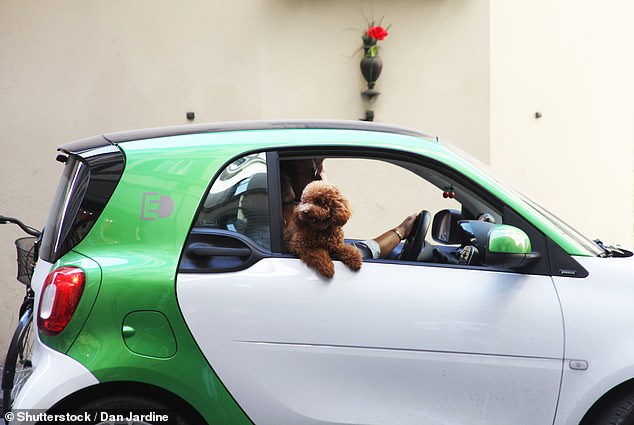 Researchers at the University of Lincoln took ten test dogs on a ten minute drive, first in an electric car and then in a diesel car. They found that dogs were more restless in the fuel-powered vehicle, breaking their lying position 50 per cent more on average (stock image) 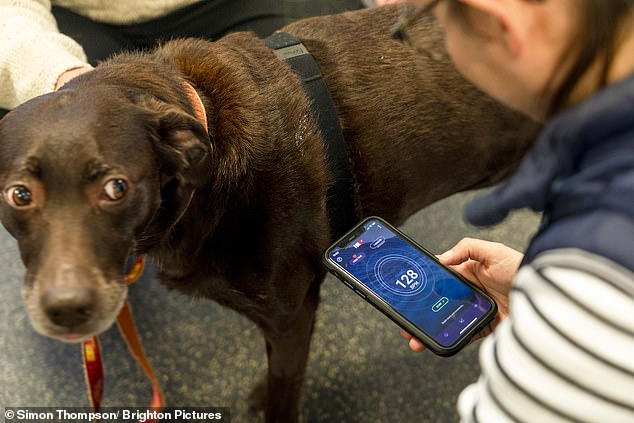 All of the dogs in the study, commissioned by online car marketplace CarGurus, had their biometrics recorded during their journeys

‘How Deep Is Your Love’ – Bee Gees

‘No woman no cry’ – Bob Marley

‘I Want to Know What Love Is’ – Foreigner

‘Dark Side of The Moon’ – Pink Floyd

‘Many Rivers to Cross’ – Jimmy Cliff

All of the dogs in the study, commissioned by online car marketplace CarGurus, had their biometrics recorded during their journeys.

They were also filmed using a GoPro camera to identify any behaviours that indicated discomfort or relaxation.

The dogs were given an hour break between the trips to ensure they were relaxed for both.

Only one of the 20 dogs primarily travelled in an electric car in everyday life.

Professor Daniel Mills, professor of Veterinary Behaviour Medicine at the University of Lincoln, said: ‘Our results clearly show that dogs seem to be more relaxed in electric vehicles, particularly when looking at behavioural traits such as restlessness.

‘Additionally, an interesting and somewhat unintended revelation from the study came from the dogs that we identified as having potential symptoms associated with travel sickness.

‘During their journeys in the electric vehicles, biometric recordings of these dogs revealed their heart rates slowed markedly more than when they were in diesel cars.

‘This was of particular interest to us given an increase in heart rate is commonly associated with motion sickness. It’s an intriguing result.’

While all the dogs chose to lie down for about a third of trips in both vehicle types, they chose to stand up significantly less in the electric car. 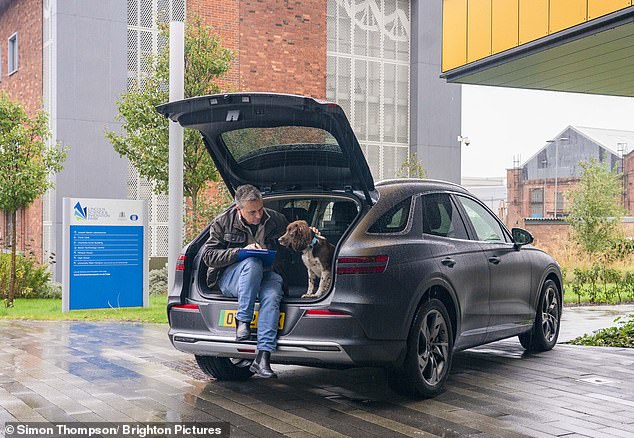 While all the dogs in the study chose to lie down for about a third of trips in both vehicle types, they chose to stand up significantly less in the electric car

A separate study by CarGurus found that 58 per cent of dog owners say their dogs are prone to over-excitement during car journeys.

However, 48 per cent suffered from anxiety and 44 per cent showed signs of nausea while travelling.

Supporting the scientific study, owners who had driven their pooches in both a diesel and electric car reported their pets had a preference for the latter.

They found 39 per cent settled better, 43 per cent were calmer, 42 per cent seemed less anxious and 45 per cent whined less.

Chris Knapman, of CarGurus UK, said: ‘We know from previous studies that the sharp increase in dog ownership in the past three years has caused many motorists to rethink what car best suits their needs.

‘To date, our advice here has focused safety and practicality, and these remain the primary considerations.

‘However, for those who regard the switch to an electric car as a good fit, this study will provide reassurance that it’ll suit their dog as equally as well.’

Driving with a dog in the car encourages motorists to be more careful behind the wheel, study reveals

Driving with a dog in the car encourages motorists to be more careful behind the wheel, a study has revealed.

Over two thirds of drivers aged 18 to 24 travel more safely when accompanied by their four-legged companion, found analysis from Spanish car manufacturer Seat.

The survey showed that motorists in London and the south-east are the most receptive to having a dog in the car with the animal also lowering stress levels.

It also found that more than a third of drivers did not know about the rules of travelling with pets, with nine in ten unaware they risk a £5,000 fine and invalidating their insurance if an animal is left unrestrained.