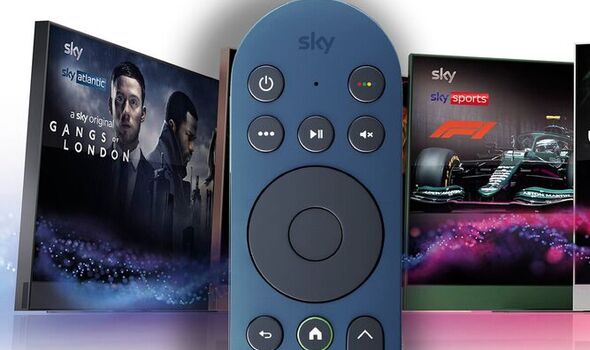 Some Sky customers will find they now have to reach for their wallets if they want to skip through endless adverts. The satellite TV company first confirmed this controversial change was coming late last year with the update finally arriving on some televisions today, November 29. It basically means that an extra £5 per month charge will be added to bills when people want to whizz through the sponsored messages that appear on channels such as ITV and Channel 4.

It’s clearly not going to please customers hit by the bill rise but not everyone will be affected by the charges. Firstly, if you have Sky Q in your home you can breathe a sigh of relief as you’ll still be able to skip ads without fear of any extra fees as the update does not affect this popular set-top box.

Anyone who has also recently purchased Sky’s Glass TV is also safe from a bill hike for 18 months as things are free for that initial period.

However, if you happen to purchase a Sky Glass telly or the new Stream box after today, you will need to add the “Ad Skipping Add On pack” to your subscription if you want to spin through those commercials.

Those that don’t fork out the fee will have to watch all of the sponsored messages when watching via their Playlists menu or on the catch-up apps such as ITVX.

It’s worth noting that all customers, both with and without the ‘Ad Skipping’ pack, will still be able to pause a live show and fast forward during ad breaks until they reach the live stream again.

Explaining more about the feature, Sky said: “With the Ad Skipping Add On, you’ll be able to fast forward through adverts when using Live Pause, Restart, Playlist or Sky On Demand. You can also fast forward adverts from within ITVX, STV Player and All4 TV apps.

It’s not just Sky that’s charging users to skip adverts. All4 charges £3.99 per month and ITVX now charges £5.99 so this isn’t an exclusive added extra for those with Sky.

Although this update might not please some Sky Glass and Sky Stream users there is some better news.

Sky has just released a major free upgrade to these devices which includes improvements to the Playlists feature and easier ways to find your favourite content.

Next month there will also be the introduction of personalised content for each member of the family and local dimming on the screen which should help boost picture quality.

You can find out full details about the upgrade here.