PAY if you want to go faster! Mercedes sparks controversy over new $1,200/year subscription for quicker acceleration in its cars

German carmaker Mercedes has sparked controversy by introducing a $1,200 (£990) per-year subscription to unlock enhanced performance in its cars.

The yearly fee – which equates to $100 (£82) per month – increases horsepower and torque (‘turning power’) for its EQ series of battery-powered electric vehicles.

With the subscription, the time taken to accelerate from 0-60mph is reduced by up to a one second, depending on the model.

It come shortly after BMW offered a subscription service to turn on heated seats in its cars, with various pricing options reminiscent of Netflix. 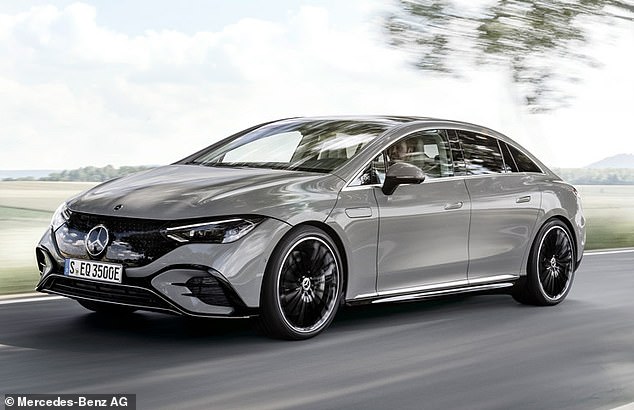 The subscription, called Acceleration Increase, is ‘coming soon’ solely for US and Canada customers according to Mercedes, as first noticed by The Drive.

‘The feeling of driving your Mercedes-EQ is a new experience every day – particularly its powerful, immediate acceleration,’ the firm says on its website.

Increased torque will let drivers accelerate their vehicle ‘noticeably faster and more powerfully’, according to the firm.

Fine tuning of the electric motors increases the maximum motor output (in kilowatts) by 20 per cent to 24 per cent, depending on the original output.

As noted by The Verge, the subscription doesn’t add to the car’s physical hardware but instead triggers a software update that unlocks capability in its electric motors.

This capability has already been built-in, so drivers are having to pay to access motor performance that their vehicle is already capable of.

It also suggests Mercedes has intentionally limited performance on its vehicles to sell it as an optional extra.

A Mercedes spokesperson told MailOnline that the ability to retrofit special vehicle functions after the initial purchase is ‘a useful way for customers to flexibly adapt their car and use certain functions only when they are really needed or desired’.

Mercedes pulled the wraps on its new all-electric Vision EQXX car on at CES 2022 in Las Vegas in January.

Although still a concept, the luxury vehicle has a 648-mile range per charge – more than Lucid Motors or Tesla.

It is solar-powered and designed with recycled and sustainable materials including mushroom fibers, ground up cacti and trash such as food scraps.

The car has yet to hit the road, but Mercedes has based its range on computer simulated testing.

Vision EQXX was unveiled virtually at CES, as Mercedes was one of many firms that opted out of attending in-person over Covid concerns.

‘We are constantly reviewing our offer concept in order to react as flexibly and quickly as possible to our customers’ needs,’ the spokesperson said.

‘The goal is to generally offer on-demand features ex-factory as well as in the shop both as a subscription model and as a lifetime product.’

The spokesperson adeed that Mercedes will be offering Acceleration Increase as a permanent feature at a price that’s yet to be determined.

The feature has gone down badly with car fans, with one calling it ‘madness’.

Taking to Twitter, one user said: ‘So Mercedes is slowing down their cars on PURPOSE so that you can pay a monthly subscription to go faster?? What the heck, we have to stop this madness.’

Another added: ‘Late-stage capitalism is going to have people paying a monthly fee to improve the performance of a car they already bought.’

According to CarDealershipGuy, a tech enthusiast and anonymous CEO of an auto dealer group, there’s a larger trend across industries to create subscriptions.

‘The “Subscriptionization of Everything” is out of hand,’ CarDealershipGuy said on Twitter.

With subscriptions, companies can be guaranteed a constant revenue source rather than a one-off payment upon purchase.

Another example in the automobile industry is BMW, which generated significant controversy earlier this year when it introduced a subscription for heated seats. 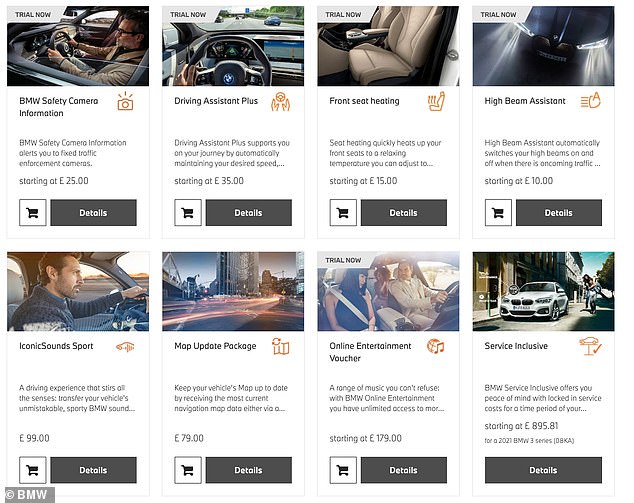 BMW is offering a subscription service to turn on heated seats in its cars, with various pricing options reminiscent of Netflix

BMW’s service charge £15 per month to turn on heated front seats, as well as an additional £10 per month to switch on the heated steering wheel.

One Twitter user pointed out: ‘Its like buying a laptop with a built in camera and having to pay the PC company every month to use that camera.’

Another added: ‘BMW started selling subscriptions for heated seats in their luxury models. I don’t care how wealthy you are, you’re an IDIOT if you go along with this.’

Can’t decide on the colour of your next car? Well, BMW has you covered with their all-electric iX Flow, which changes from black to white at the push of a button.

The German automobile firm unveiled the chameleon-like sports activity vehicle today at the Consumer Electronics Show, which is being held in Las Vegas, Nevada.

The colour changing ability uses the same ‘E Ink’ electrophoretic technology built into the screens of e-Book readers, except applied to a special car body wrap.

Electrophoresis works by using an applied electric field to separate molecules — in this case, black and white pigments — based on their respective electric charges.

Alongside the aesthetic benefits, changing the car’s colour could also be used to take some of the strain off of the air con/heating system, the designers explained.

In the future, the same technology may also be applied to the inside of new BMW models, allowing drivers to change the colour of their car interior as well. 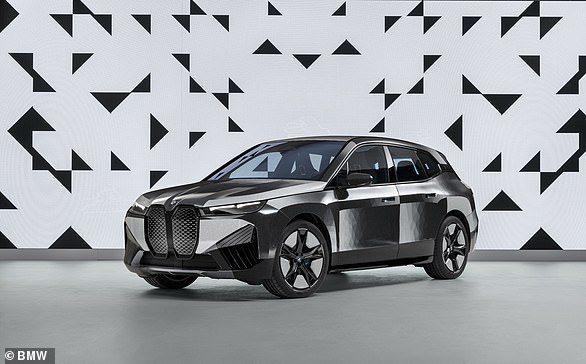 Can’t decide on the colour of your next car? Well, BMW has you covered with their all-electric iX Flow, which changes from black grey to white (as pictured) at the push of a button