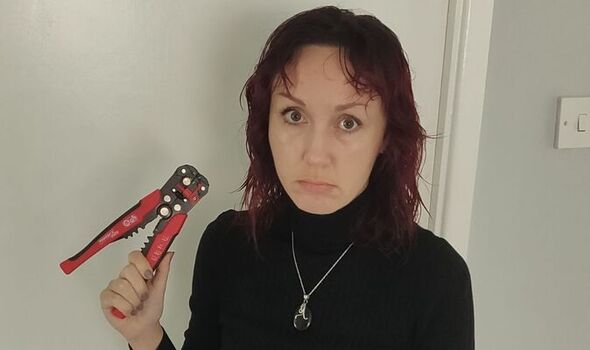 A woman was left “horrified” when she opened her £630 Amazon parcel expecting to see a phone but was instead greeted by a pair of wire cutters.

Clair Wilson had ordered a new OnePlus smartphone from the online retailer, and the following day a parcel arrived.

The 34-year-old eagerly opened the package, and when she saw the £20 item in place of the phone, she started “flapping and hyperventilating”.

Clair, from Colwick, Nottinghamshire, got in touch with Amazon customer service, which said a refund would be issued if she sent back the parcel with a return label stuck to it.

However, 10 days later, Amazon told her she had not returned the mobile, which confused Clair, who never received the phone she paid for, reports Nottinghamshire Live.

After some back and forth between the two parties, Clair claims Amazon’s position was that the phone must have gone missing after the parcel had been dropped off to her.

Recalling the incident, she said: “So I ordered it. Favourite brand of phone – my husband and I would use it all the time.

“So that was on the 12th of October. Just a side note, I’ve been with Amazon since 2015, loyal customer, spent so much money with them.

“So the next day comes, I get a knock at the door and it’s the Amazon delivery man.

“He asks for the one-time passcode, which I think is required for any purchase over £150, and I give it to him. He hands over the parcel.

“It feels heavy, it looks fine, nothing out of the ordinary.

“He goes on his merry way and I go inside, open up the parcel and I’m horrified to see a pair of automatic wire cutters!

“While this is going on my husband is playing D&D (Dungeons and Dragons) on the computer next to me and I’m just flapping and hyperventilating like ‘oh my God, oh my God.’

“So I get on to customer services and I’m just so stressed out at this point I can’t even see straight so he helps me find the number.

“I was told I could be sorted with a refund.

“Someone said ‘all I want you to do is print out this Amazon return label, stick it to the parcel it came in and I’ll make a note and we can get you a refund no problem.’

“I posted it back on the 14th, didn’t hear back for 10 days when I get emails saying that I sent the wrong item back. And I’m like ‘no I sent back the item you gave me.’

“And they’re saying ‘we haven’t got the phone and you’re asking for a refund. If you send us the phone you can have a refund.’

“How am I meant to send you the phone I never got? They started an internal investigation and the outcome of that was that they had sent a phone.

“They said ‘it’s impossible for an item coming from the fulfilment centre to not be picked up and the condition of the parcel and the weight of the parcel upon delivery was accurate for a phone.’

“Therefore they deduce that if I hadn’t got the phone it must have been stolen somewhere between me taking it off of the delivery man and opening it up.

“So I replied to them that this is not the case and if it has been stolen it’s on their end as I did not receive the phone.

“By this point I’ve sunk so many hours of my time I’m just so tired, I’m knackered.

“I’m just over it. So I sent back this well thought out, reasoned response and they just copy and pasted the exact same email.

“I’m stressed out. Everyone at work knows and I just don’t know what to do.”

Not only has Clair felt “stressed” following the incident, but she has also spoken of how her Christmas has been affected.

She says her physical and mental health have suffered as a result of the financial hit.

She continued: “Absolutely (it has affected my Christmas), I’ve had to really cut back on my spending to accommodate the huge loss. Luckily I saved up about half of the amount.

“But the month of November I’ve hardly spent anything because I simply can’t afford to. My family are going to have to make do with hand-made gifts or something.

The matter has since been resolved, with Amazon confirming yesterday, November 17, that a full refund will be issued to Clair within five working days.

An Amazon spokesperson confirmed they were happy to have resolved the matter with the customer.