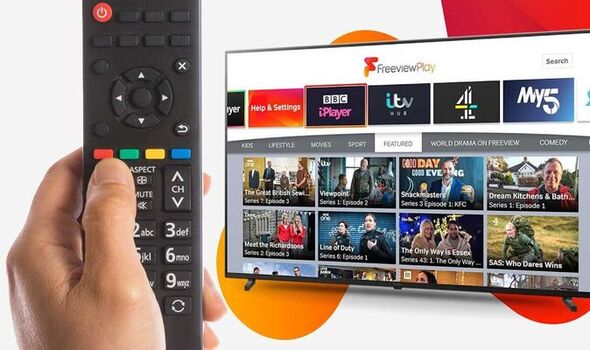 Freeview users around the country need to retune their TVs and set-top boxes to ensure their devices stay up-to-date. On Tuesday, November 15 a number of popular ITV channels were rebranded which affected the Freeview TV guide. Five ITV channels have had their names changed, with the broadcaster’s main channel now called ITV1 (instead of just ITV) while ITV 2 has become ITV2.

This tweak to the channel names also affects the +1 channels as well as the HD version of ITV1.

You will need to retune your Freeview device to ensure the correct channel names appear on your TV guide. The channel numbers are all staying the same though.

Updating its users on the change, Freeview in a post online said: “On 15 November 2022 ITV are making important changes to their line-up of channels.

“You will need to retune to update your TV and keep your channels and TV Guide up to date.”

The renaming of ITV to ITV1 will surely bring back a lot of nostalgia for long-time viewers.

The main ITV channel was previously called ITV1 20 years ago, with the name changed to just ITV back in 2013.

The latest rebranding of these channels comes as the Poirot and Coronation Street makers are gearing up to launch a major new streaming service.

On December 8 ITV will be launching ITVX, which replaces ITV Hub as the go-to place to watch the broadcaster’s content online.

ITV has huge plans for ITVX, which it wants to become a “leader” in the UK streaming space.

And to match these ambitions ITV is throwing the kitchen sink at the service, which will launch with a wealth of new content and shake-up how ITV releases new shows.

Compared to ITV Hub, ITVX will offer thousands of hours more content – at launch more than 10,000 hours of content will be available on ITVX while ITV Hub has around 4,000 hours worth of content.

Besides this, in a big shake-up to how ITV releases new shows ITVX will premiere new and exclusive shows every week ahead of terrestrial channels.

Upcoming shows airing on ITVX exclusively include A Spy Among Friends, The Confessions of Frannie Langton and Litvinenko.

Elsewhere, full series of flagship ITV shows that are set to air on terrestrial channels will be available on ITVX on the first day of broadcast, with every single episode available to watch online.

ITVX will also be home to an evolving library of blockbuster movies, with over 250 films available to watch at launch – including the Back to the Future trilogy, while all of the Fast and Furious movies will arrive on the service next year.

You will also be able to watch high-profile live events shown on ITV channels such as the Love Island final and matches from the upcoming World Cup via ITVX.

ITVX will be entirely free to watch via an ad-supported plan, but a paid membership tier will also be available which removes the ads and also bundles in a BritBox membership.

ITV hasn’t announced which devices ITVX will launch for, but the app should be available on all gadgets that currently have the ITV Hub app – which means Android and iOS smartphones and tablets, Freeview Smart TVs and more.

Speaking about the upcoming new service ITV’s chief executive Carolyn McCall said: “We’re really excited to launch ITVX, with more content available than ever before, and a whole range of exclusive commissions. ITVX is powered by a significant, streaming-first commissioning budget, and an integrated technology and data platform providing a high quality, and more personalised viewing and advertising experience, that will continue to evolve in 2023 and beyond.”