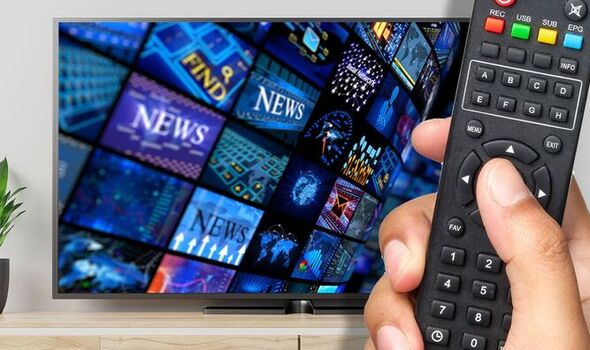 There’s a new way to watch TV and it’s launching next month. ITV has just announced that its upgraded streaming service, called ITVX, will arrive on screens across the UK from December 8 and will offer over 10,000 hours of content for free.

Not only that, but viewers will also be able to binge-watch entire upcoming shows thanks to full series drops. These will often be made available long before the programmes are shown via ITV’s standard terrestrial channels.

Along with box sets, ITVX also promises to launch with 250 feature films which can all be viewed without paying a penny in fees. It’s even been confirmed that, at launch, blockbusters such as all of the Back to the Future movies and the Despicable Me trilogy will be available to stream.

Other things to watch out for include exclusive shows that will only be shown on ITVX. In fact, at least one flagship show will then launch on ITVX per week with Litvinenko, starring David Tennant and Mark Bonnar, arriving on the service from Thursday 15 December 15.

This will then be followed by family drama Riches starring Deborah Ayorinde and Hugh Quarshie and landmark natural history documentary A Year on Planet Earth, presented by Stephen Fry.

Along with those exclusives, ITV says that viewers can expect plenty of documentaries, science fiction content and there will also be rolling news throughout the day.

To help get homes ready for the change, it’s been confirmed that ITVX will begin arriving across devices and platforms in the coming weeks.

ITV says this is to ensure viewers have full access to all content, including the new, exclusive titles which will go live on Thursday December 8.

Once fully active, this service will then replace the current ITV Hub platform which is being sent to the scrap heap.

For those happy to sit through adverts ITVX will be free but there will also be a subscription tier which will allow viewers to watch endless shows without any sponsored messages popping up on the screen.

Speaking about the launch ITV’s Chief Executive, Carolyn McCall said: “We’re really excited to launch ITVX, with more content available than ever before, and a whole range of exclusive commissions. ITVX is powered by a significant, streaming-first commissioning budget, and an integrated technology and data platform providing a high quality, and more personalised viewing and advertising experience, that will continue to evolve in 2023 and beyond.”