Atlassian shares plunged in after-hours trade on the Nasdaq on Friday, wiping billions from the wealth of its founding duo, Mike Cannon-Brookes and Scott Farquhar.

The company’s shares were down 22.7 per cent by 11.15am AEDT after the company reported its quarterly results, which missed analysts’ expectations. That would wipe about $US10 billion ($16 billion) from the company’s value. 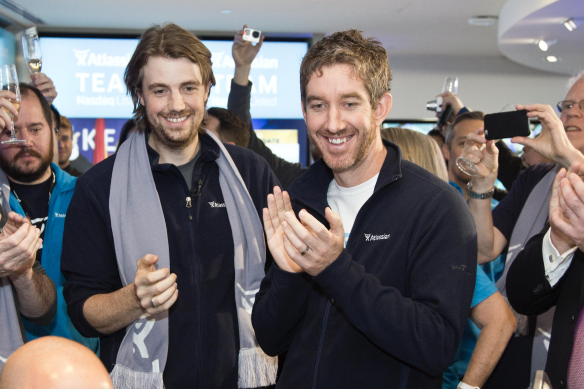 Cannon-Brookes and Farquhar held about 43 per cent of the workplace collaboration software company's shares earlier this year.

“Companies in nearly every industry are facing headwinds, and we’re beginning to see the impact on our business,” they said in a joint letter to shareholders.

The Market Recap newsletter is a wrap of the day’s trading. Get it each weekday afternoon.