TikTok is DOWN! Hundreds of thousands of users worldwide hit with an outage – the SECOND time the app has crashed this week

TikTok is down for tens of thousands of users worldwide, marking the second crash the app has experienced in a week.

Friday’s outage hit around 1pm ET and is impacting the server connection, which is telling some users there is no internet connection – others are unable to refresh their feed.

DownDetector, a website that monitors online outage, shows more than 50,000 people in the US have reported issues with TikTok as of 1:19pm ET. It is not clear what is causing the glitch.

The previous crash hit just this past Tuesday and lasted for one-hour.

Users are flocking to Twitter to see if others are experiencing problems and some are sharing how they hope this is the end of the video sharing app. 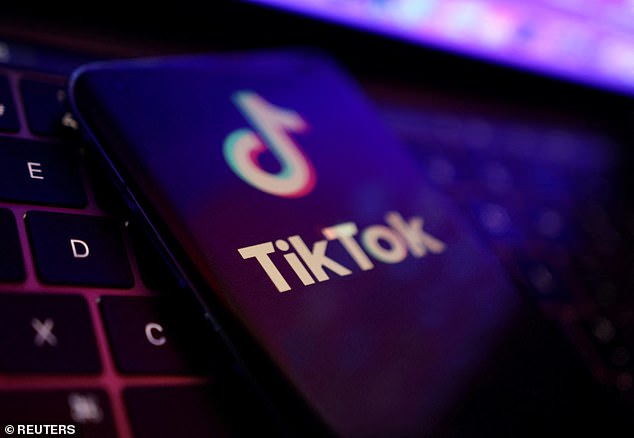 TikTok is down for tens of thousands of users worldwide, leaving them unable to connect to the app

TikTok has become the go-to app for mindless scrolling and users are in an uproar without access.

Many Twitter users have shared an image of a man who looks confused while looking at a computer server – noting this must be ‘the employees at TikTok headquarters right now.’

And of course there are the classic tweets that read: ‘Me coming on Twitter to see if everyone else’s TikTok is down.’ 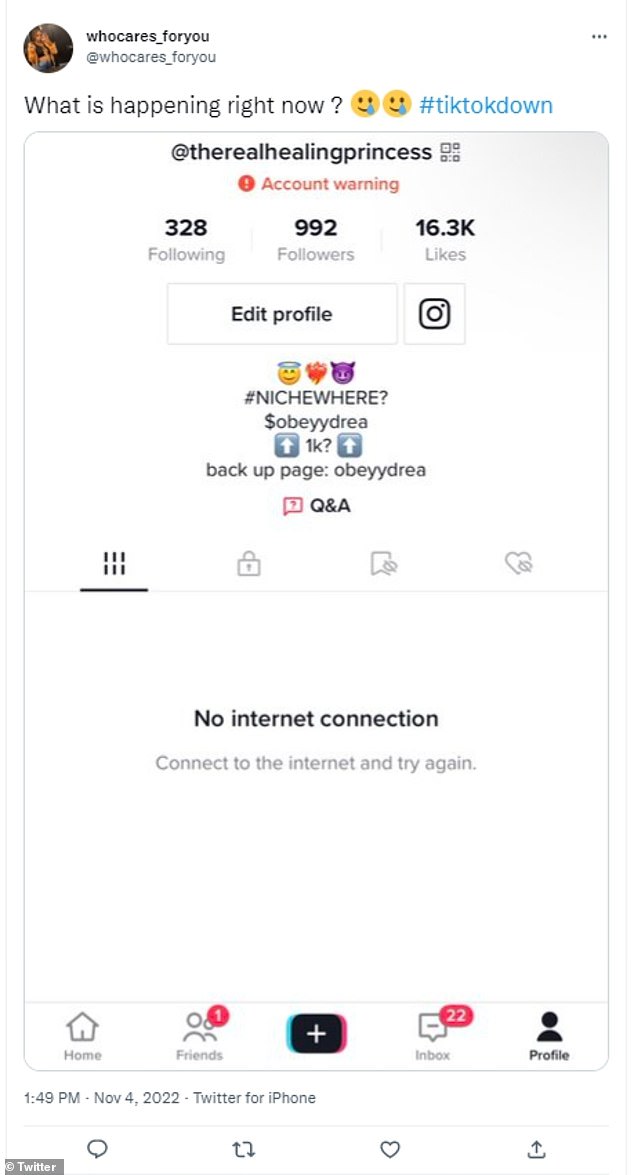 One user joked that TikTok being down is such a shame. Many people would rather see TikTok banned in the US

While other people are thrilled that TikTok could be ‘down forever,’ and one users jokes that the outage is a real shame.

The outage on Tuesday, although not as intense, impacted tens of thousands of users worldwide and most were in the UK.

Twitter user Ethan Ormeo suggested that TikTok being down is a perfect opportunity for Elon Musk, the new owner of TikTok, to ‘bring back Vine.’

This tweet is referring to news that spread this week that Musk is working  with Engineers to revive the six-minute video sharing platform that Twitter purchased in 2012, but killed five years later because there was too much competition in the market.

Twitter user Ethan Ormeo suggested that TikTok being down is a perfect opportunity for Elon Musk, the new owner of TikTok, to ‘bring back Vine’

Musk shared a poll on Halloween asking Twitter if they are interested in seeing Vine come back from the dead – a platform know for creating stars like Logan Paul and Shawn Mendez.

A user suggested that reviving Vine could make it a TikTok competitor and ‘that’d be hilarious,’ in which the Chief Twit replied: ‘What could we do to make it better than TikTok?’

Shortly after Musk share the poll, rumors began to swirl that he was already making plans to bring Vine back.

An image of Musk with Rus Yusuppov, a co-founder of Vine, was posted on April 2022 by Yusuppov with a caption that reads: ‘Hey ⁦@elonmusk⁩ was this meeting about saving Vine? I forget….’