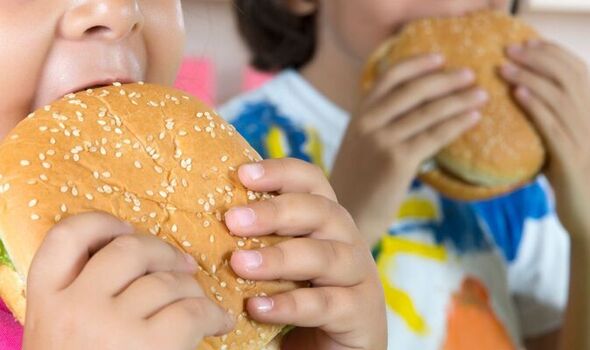 A mum has told how she feeds her daughter’s friend meat when she sleeps over as she looks “malnourished” from her vegan diet.

The woman, who has caused controversy with her actions, claims that every time she does so, the girl has a “healthy glow”.

Taking to Reddit, she describes her daughter’s friend, who is 12 just like her own child, to whom she refers as “M,” as being on a “strict vegan diet,” to which her whole family adheres.

But she thinks that M is “smaller and paler” than her daughter, and believes it is down to her “family’s diet”, reports Hull Live.

She continued: “So whenever she is over I always make a big meaty meal for them.

“Last weekend I made some cheeseburgers and steak for them on the grill with a big glass of milk.

“M absolutely loves it and always politely asks for more.”

“For breakfast, I typically make a big plate of scrambled eggs and bacon again with a big glass of milk.

“Despite her size M always wolfs down whatever I make. And I have to say every time she leaves it looks like she has a healthy glow to her.

“I know I probably shouldn’t be doing this but I think M is a bit malnourished (nothing against vegans or anything).

“She knows she’ll get in big trouble if she tells her folks. (I think she fibs a bit to her parents about what she eats).”

Fellow Redditors were quick to jump into the thread to voice their opinion on the matter.

One said that the poster is “judging” her daughter’s friend’s family.

They wrote: “You are absolutely judging her family, and her family’s diet, and you are doing this out of some misguided form of activism.

“You think you’re the hero here saving her from some injustice.

“It’d be one thing if you were maybe just trying to make the kid happy one time and keeping a little secret – but you’re doing this to make a statement.

Another disappointed user added: “She can get super sick from this just because her body is not used to it.

“[The poster] is disgusting and if I found out my daughter’s friends’ parents were doing this she would never go over there again.”

Adding to the thread, one concerned user said that the poster did not know why the preteen was vegan, saying that “it could be for health reasons.”

Calling the parent “wrong” for feeding the young girl meat when she didn’t know the circumstances.

One Reddit user said that the 12-year-old was old enough to make her own decisions: “Without giving a judgement, I would suggest that at 12 years old she is old enough to decide her own diet and whether she wants to be a vegan or not.

“If she wants to eat meat, I don’t see an issue with it. If it’s being forced on her, huge issue.”

Another user agreed: “The thing is, she’s not vegan. Her parents are. I’m not saying she’s 100% in the right, but this comparison doesn’t check out.”

Others on the thread said that if the original poster had an issue with the friend’s diet, then she should go directly to the parents and not do things “behind their back” as it was unfair.

Whilst others argued that the 12-year-old might “not want to be vegan”.