REVEALED: The 50 most beautiful baby names backed by science … with Sophia and Matthew top of the list

Choosing the right name for your baby is similar to solving a math problem that results in a different answer each time, but science has taken the guesswork out of the process by determining the most beautiful sounding names in the US and UK.

The most beautiful girl name in both the US and UK is Sophia, while Matthew was number one for the US and Zayn was at the top for the UK regarding a name for a boy.

The US was found to enjoy more names that start with ‘E, while the UK deems male royal names have the best ring to them.

The study, conducted by the University of Birmingham, used phonetics, which studies the sounds, patterns and structures of the human language and scored the names on how much emotion they evoked when saying allowed.

Although the research suggests some baby names sound more beautiful than others, there are other factors that play a role in how nice-sounding a name is, including cultural influences, gender and family history. 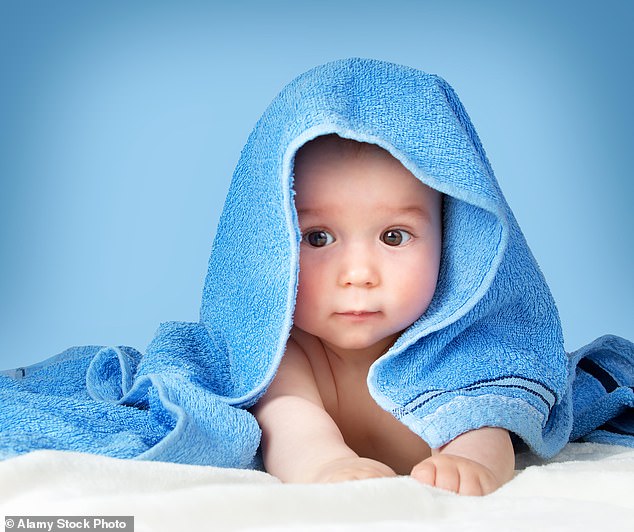 The most beautiful sounding boy name in the US is Matthew, while Zayn was chosen for the UK. The UK list, however, is shows male royal names have the best ring to them

What new parents will call their bundle of joy is usually the hot topic of discussion toward the end of pregnancy and while you can take tests that recommend what name fits your personality, science has done one better by revealing which ones are music to the ears.

The research was conducted by Dr Bodo Winter who is an associate professor of cognitive linguists at the university.

Winter found that names beginning with the letter ‘E’ were shown to more pleasing to the ears –  Ellie, Emily, Evelyn, Eva and Elena ranking in spots nine to thirteen.

And vegetation-inspired names also made the cut:  Ivy, Lily, and Violet all placing in the top 25

Matthew, number one, means ‘gift of God’ and Winter said has many positive connotations associated with it when spoken aloud.

Julian, William, Isaiah and Leo completed the top five most beautiful sounding boys’ names in the US. 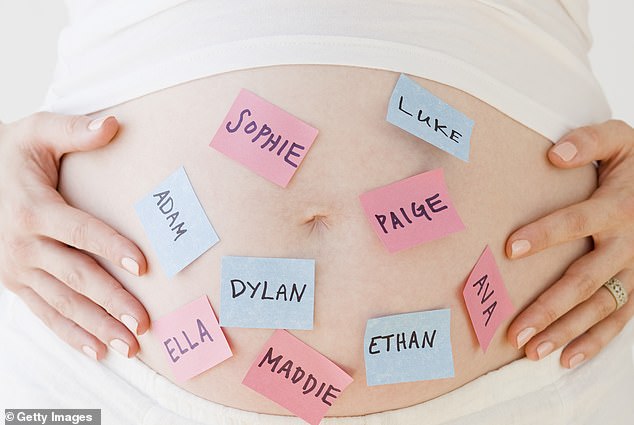 The most beautiful girl name in both the US and UK is Sophia, but both nations also enjoy the sounds of Ivy, Violet, Ella and Amelia

Across the Atlantic, names of male royals were found to be the most beautiful sounding, with Louie, William and George all ranking in the top ten, in positions four, five and seven respectively.

Harry just misses the top ten, ranking in 17th spot as the most beautiful sounding boys’ name in the UK.

For girls, names ending with an ‘ee’ sound proved popular after Zoe and Rosie took spots two and three, with other top 10 entries including Sophie in fourth, Ivy in fifth,

Winter began this work by building from a 2018 study published by The University of Warwick, which analyzed words, rather than names, to determine which ones spark emotions.

‘Using an exciting piece of sound symbolism research from Adelman et al. (2018) as a starting point, we scored a number of the world’s most popular baby names in order to rank them,’ Winter shared.

‘The names that ranked the most highly, provoked the most positive emotions when spoken out loud and therefore are likely to sound most beautiful to the human ear.’

Using the 2018 research as a blueprint, Winter compiled the top 100 names for both boys and girls in the two regions and translated each one phonetically, which broke each name into syllables, capitalizing the letter sounds that might be emphasized when pronouncing the name.

Add names that could not be translated this way were eliminated from the study.

‘Finally, we calculated the sum of each name’s score, using these final figures to rank each list of top 50 names.’

The most beautiful sounding names in the US and UK, according to science

Boy and girl names in the US

Boy and girl names in the UK