SpaceX launches its Falcon Heavy for the first time in THREE YEARS: World’s most powerful operational rocket releases 5 MILLION pounds of thrust during its fourth mission to space that delivered US military satellites

SpaceX has successfully launched its Falcon Heavy – the world’s most powerful operational rocket- for the first time in three years in a mission that hauled US military satellites into space.

This rocket is 229 feet tall, equivalent to three Falcon 9 rockets stacked on top of each other, and features 28 Merlin engines, while Falcon 9 has just nine.

The launch pad was cloaked in a thick layer of fog, making it near impossible to see the rocket, but the Falcon Heavy light up the area when it ignited its engines and released about five million pounds of thrust before shooting off around 9:41am ET from NASA’s Kennedy Space Center in Florida.

The rocket’s two side boosters landed in synchrony on adjacent concrete slabs along Florida’s east coast roughly eight minutes after liftoff – and a sonic boom was heard when the pair touched down.

SpaceX plans to use this massive rocket to send a lander to the moon in 2023, ahead of the epic 2025 lunar landing that will see the first woman and person of color walk on the surface – the first time humans have been back in 50 years. 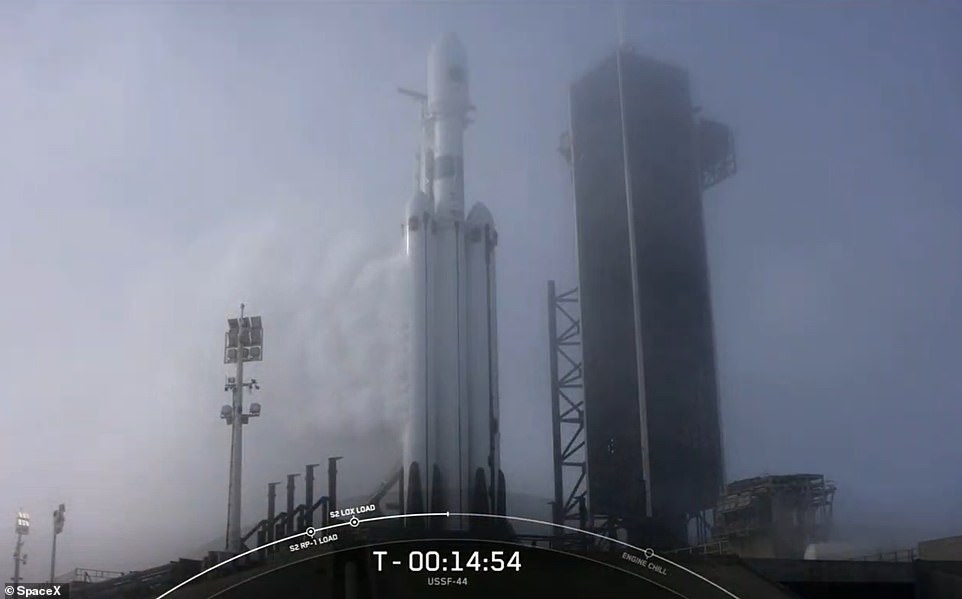 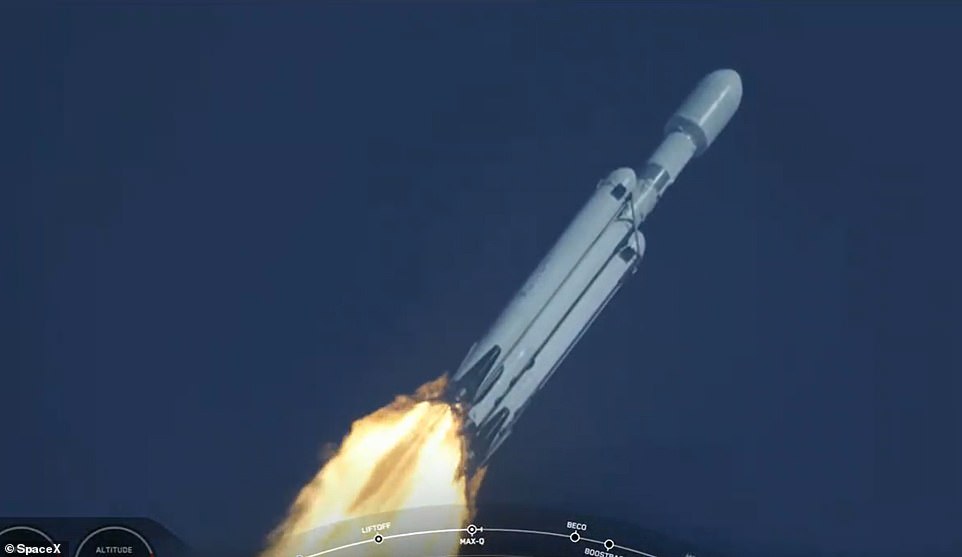 The Falcon Heavy ignited its 28 engines and soared off into space at 9:41am ET to deliver satellites for the US military

The joint SpaceX and Space Force teams began fueling the rocket with more than 1,400 tons of propellant at 8:48am ET. It burns about more than seven tons per second.

The rocket hit Max Q, the moment of peak mechanical stress on a rocket, at one minute and 11 seconds into flight and then at two minutes and 24 seconds, its side booster engine cutoff.

Approximately four seconds later, the side boosters separated from the core stage and the fairing deployed when the mission hit four minutes and 18 seconds.

And both boosters were back on the ground eight minutes and 11 seconds after liftoff.

The Falcon Heavy’s maiden voyage in 2018 launched CEO Elon Musk’s cherry red Tesla Roadster into space – and it is still floating around to this day.

The two other missions were conducted in 2019, but these saw satellites packed inside the capsule.

The first launched a telecommunication satellite into orbit for Saudi Arabia-based Arabsat, and the other delivered a batch of experimental satellites for the US Department of Defense. 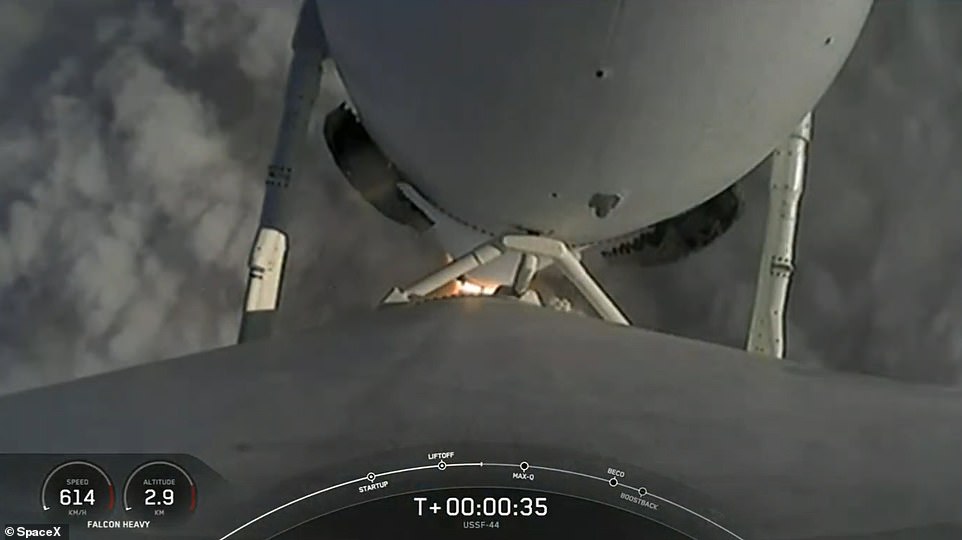 The rocket took off toward space with a camera attached to the booster, allowing the world to take the journey with it 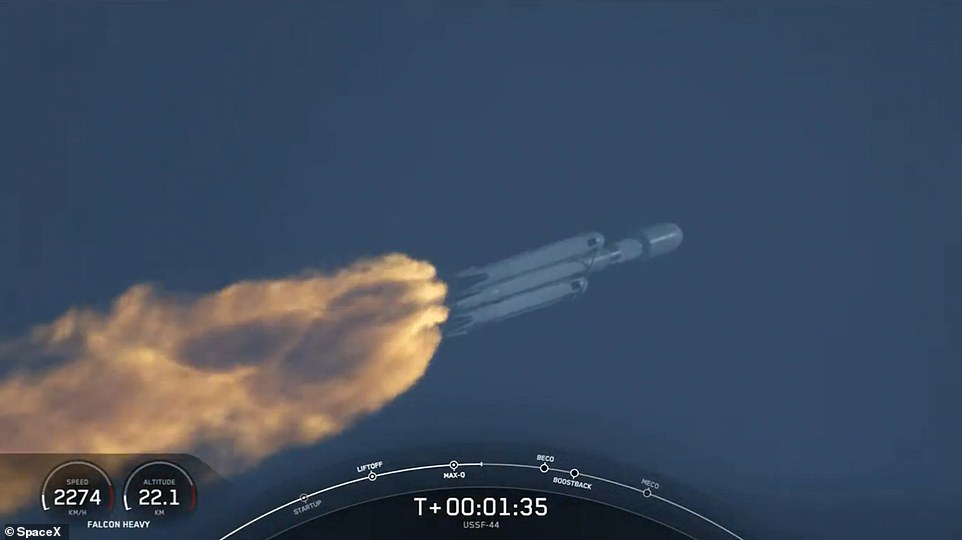 The rocket hit Max Q, the moment of peak mechanical stress on a rocket, at one minute and 11 seconds into flight and then at two minutes and 24 seconds, its side booster engine cutoff

The rocket boasts three reusable cores, each containing nine Merlin engines for a whopping total of 28 and although it is not as powerful as NASA’s Space Launch System (SLS), it still holds the title for the most powerful in operation – the American space agency has yet to launch the SLS.