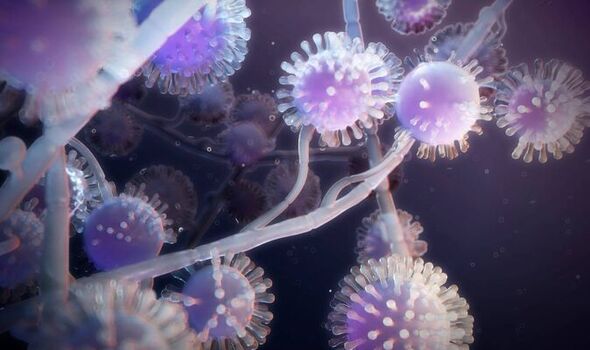 Those most at risk include people with cancer, HIV/AIDS, organ transplants, chronic respiratory disease, and post-primary tuberculosis infection. During the COVID-19 pandemic, the levels of invasive fungal infections increased significantly among patients in hospital.

In a foreboding warning, the WHO says that the fungi that cause common infections (such as candida oral and vaginal thrush) are becoming increasingly resistant to treatment.

This means the risks for the development of more invasive forms of infections in the general population are also growing.

Emerging evidence indicates that global warming and the increase of international travel and trade are leading to the growth of fungal diseases worldwide.

To warn countries across the world the WHO has published its list of the 19 fungi that represent the greatest risk to public health.

This list has been separated into three categories – critical, high and medium priority – based on the public health burden of the disease, antimicrobial resistance, and the availability of diagnostics.

The four pathogens in the critical category are found across the world and are most commonly caught by immunosuppressed people and those who are critically ill, such as cancer and organ transplant patients.

The first pathogen is Cryptococcus neoformans, which has a mortality rate of 41 to 61 percent.

It is a pathogenic yeast which lives in soil and decaying wood and is caught when people breathe it in.

At first, it affects the lungs but can spread to the central nervous system and blood. Second on the list is Candida auris, which has a death rate of between 29 and 53 percent, and it is resistant to most available antifungal medicines. It is a yeast that has high outbreak potential and has already produced several hospital outbreaks.

The third pathogen is Aspergillus fumigatus, a mold that can infect humans after being inhaled from the environment. It predominantly causes pulmonary disease and can spread to the brain.

Mortality rates usually range between 47 and 88 percent, but in some studies mortality has been reported to be up to 100 percent.

Fourth in the critical list is Candida albicans. It is a pathogenic yeast which is commonly found in the mouth, throat, gut, vagina and skin, and is usually harmless.

But it may cause infections if it multiples or invades other tissues.

If this happens it can cause invasive candidiasis, a life-threatening disease with high mortality, ranging between 20-50 percent.

The WHO said fungal infections receive less than 1.5 percent of all infectious disease research
funding.