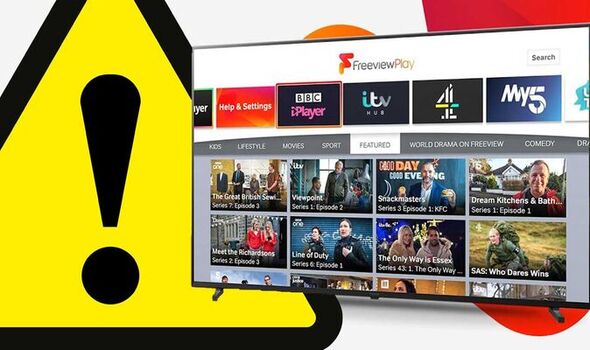 Freeview fans might be a little confused next time they try and watch shows on the BBC. That’s because the channel numbers for BBC Four, Cbeebies and other a number of other services have all changed on certain Freeview TVs. Depending on which device you’ve got in your living room you may recently have seen a range of popular BBC services move to a different Freeview channel number. This all happened as Freeview switched some HD services to channel numbers previously used for standard definition broadcasts.

This shake-up to the Freeview TV guide will only affect those who use a newer, internet-enabled device that supports the on-demand Freeview Play platform.

If you’ve got a Freeview Play capable device which was released from 2020 onwards then you will have seen these channel changes kick in.

These changes were highlighted by RX TV, who explained the channel number shake-up on Freeview is due to the Channel List Management system.

This was first used in 2020 and means HD channels can be assigned to the channel number previously used for standard definition broadcasts. Once this kicks in it can sometimes lead to the HD version of a channel being shown on two separate channel numbers.

As long as your Freeview Play-enabled device is connected to the internet you will see these channel changes activate on your telly.

The news comes after last month Freeview also launched some new channels, and changed the channel numbers for a number of existing services.

As this trio of new Freeview channels were introduced the channel numbers for Ketchup and Yaas! also changed.