Meat consumption should be slashed to the equivalent of two burgers a WEEK to avoid a climate crisis, study claims

Slashing meat consumption to the equivalent of just two beef burgers per person a week will help avoid a climate crisis, a new report claims.

The new State of Climate Action 2022 report, released on Wednesday, outlines how much work humanity has to do to achieve the aims of the Paris Agreement.

Described as a ‘to do list’ for humankind, the report calls on meat-eating members of the public to do their bit to reduce global warming.

Across high-consuming meat regions, daily meat consumption needs to decrease to 79 kilocalories per person by 2030 and to 60 kilocalories by 2050 – about the same as two beef burgers per week.

But this is just one objective that will help achieve the aim of the Paris Agreement to limit the global temperature increase to 2.7°F (1.5°C). 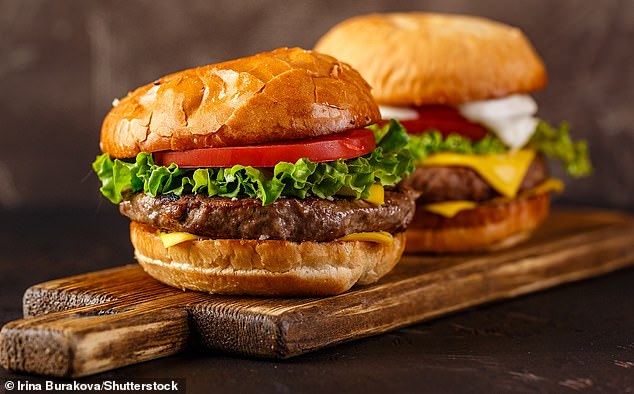 Consumption of meat should be cut to the equivalent of roughly two burgers per week across Europe, the Americas and Oceania to save the planet, the report says 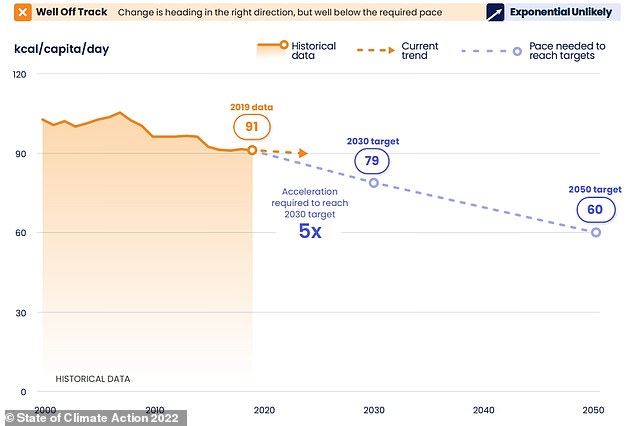 Below are recommendations of the new report, in order to keep the 2.7°F (1.5°C) Paris target in reach:

– Lower per person consumption of ruminant meat to the equivalent of two burgers per week across Europe, the Americas and Oceania.

– Lower the amount of carbon dioxide emitted per metric ton of cement produced over 10 times faster.

– Reduce the annual rate of deforestation 2.5 times faster – equivalent to avoiding deforestation across an area roughly the size of all arable land in Switzerland each year.

‘This year, the world has seen the devastation wrought by just 1.1 degrees Celsius of warming,’ said Ani Dasgupta, president and CEO of World Resources Institute.

‘Every fraction of a degree matters in the fight to protect people and the planet.

‘We are seeing important advances in the fight against climate change, but we are still not winning in any sector.

‘The State of Climate Action 2022 is an urgent wakeup call for decision-makers to commit to real transformation across every aspect of our economy.’

According to the new 200-page report, shifting to healthier, more sustainable diets must occur five times faster than current rates.

This can be done by reducing per capita consumption of ruminant meat to roughly two burgers per week across ‘high-consuming meat regions’ – defined as Americas, Europe, and Oceania, it says.

Per capita consumption of beef, lamb, and goat meat across these high-consuming regions would simultaneously need to decline five times faster to realise 2030 targets.

Animal agriculture contributes to global warming because of the methane, nitrous oxide and carbon emissions of livestock and their supply chains.

The report made its findings by analysing recent progress made in accelerating climate action across sectors that collectively account for roughly 85 per cent of global greenhouse gas emissions, including food and agriculture.

It then quantified the global gap in climate action by comparing current efforts to those required by 2030 and 2050 to limit warming to 2.7°F (1.5°C).

Of the 40 indicators assessed, not a single one was found to be on track to achieve their 2030 targets.

Eating meat, eggs and dairy products hurts the environment in a number of different ways.

Cows, pigs and other farm animals release huge amounts of methane into the atmosphere. While there is less methane in the atmosphere than other greenhouse gases, it is around 25 times more effective than carbon dioxide at trapping heat.

Raising livestock also means converting forests into agricultural land, meaning CO2-absorbing trees are being cut down, further adding to climate change. More trees are cut down to convert land for crop growing, as around a third of all grain produced in the world is used to feed animals raised for human consumption.

As well as this, the nitrogen-based fertiliser used on crops adds to nitrous oxide emissions. Nitrous oxide is around 300 times more effective at trapping heat in the atmosphere. These fertilisers can also end up in rivers, further adding to pollution.

Instead, six are ‘off track’, 21 are ‘well off track’ and five are totally heading in the ‘wrong direction. Data was insufficient to evaluate the remaining eight.

Meanwhile, those going in the wrong direction are ‘share of kilometres traveled by passenger cars’, ‘carbon intensity of global steel production’ and loss of mangroves, a type of tropical tree.

‘This report provides the most professional assessment to date of humanity’s progress on our climate “to do” list,’ said Andrew Steer, president and CEO of Bezos Earth Fund, which was founded in 2020 with $10 billion from Bezos in grants over 10 years.

‘Its findings should evoke two emotions – first, a sense of shame and anger that we are failing to live up to our commitments to act.

‘Second, a sense of hope and possibility that real change is within grasp and can lead to a healthier economy, healthier citizens, and a healthier society.’

Despite lagging progress overall, the report does point to some ‘encouraging signs’, such as the adoption of renewable power, like solar and wind.

Recent years have witnessed ‘record-breaking’ growth in the uptake of these technologies.

The transition to electric vehicles (EVs) is also taking off, with EVs accounting for almost nine per cent of passenger car sales in 2021 – a doubling from the year before.

However, there’s still a rise in fossil gas power generation, despite the availability of low-cost and eco-friendly alternatives.

Overall, significantly more action across all sectors is needed this decade to keep the Paris Agreement’s goal of limiting global warming to 2.7°F (1.5°C) within reach, the report says.

The State of Climate Action 2022 report follows a new study published this week by the Lancet Countdown, a international research collaboration focused on climate. 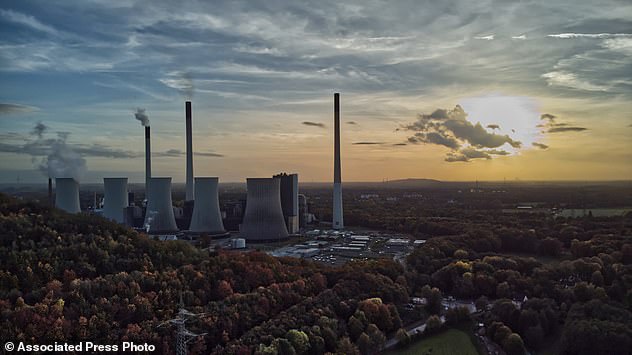 A new report from doctors and other health experts says the world’s fossil fuel addiction is making the world sicker and is killing people. Pictured, a coal-fired power plant in Gelsenkirchen, Germany, October 22, 2022

Extreme weather from climate change triggered hunger in nearly 100 million people and increased heat deaths by 68 per cent in vulnerable populations, it found.

Worldwide the burning of coal, oil, natural gas and biomass forms air pollution that kills 1.2 million people a year, including 11,800 in the US.

‘Our health is at the mercy of fossil fuels,’ said University College of London health and climate researcher Marina Romanello, executive director of the Lancet Countdown.

‘We’re seeing a persistent addiction to fossil fuels that is not only amplifying the health impacts of climate change, but which is also now at this point compounding with other concurrent crises that we´re globally facing.

‘[These include] the ongoing Covid-19 pandemic, the cost-of-living crisis, energy crisis and food crisis that were triggered after the war in Ukraine.’