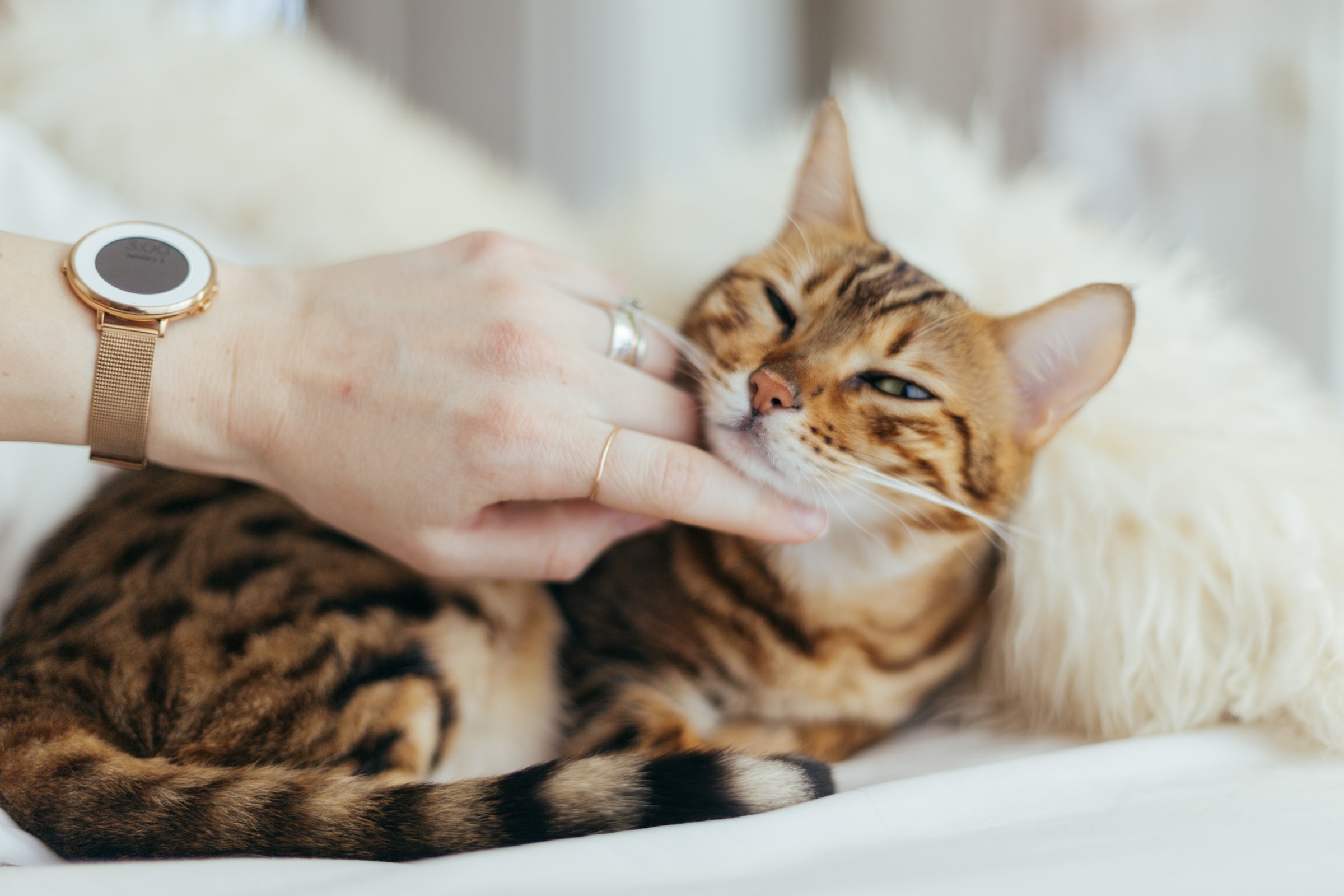 How do you make a cat understand you? It’s the question that’s been plaguing pet owners for centuries.

Now, science may finally have the answer.

Apparently, cats do recognise their owner’s voice, and act differently when they hear it. But French researchers found moggies acted more intensely when their owners spoke in a cutesy voice.

You know the one we mean. The same kind of voice you’d use for a toddler. Or a dog.

cutesy voice often used to speak to cats, unlike their regular voice they would use to speak to another adult.

The study, published in the journal Animal Cognition, concluded one-to-one relationships are important for cats and humans to create strong bonds, and the voices cats hear have an important bearing on their behaviour.

It is well-known that people often speak to cats, dogs and babies in a different way to other adults.

Until now little was known about how cats responded.

Charlotte de Mouzon, a PhD student at Université Paris Nanterre, studied how 16 cats responded to pre-recorded voices of their owner and a stranger talking in cat-directed and human adult-directed tones.

There were three conditions and in the first she played the pet a recording of a stranger’s voice and then its owner’s.

In the second and third the cat heard a stranger and its owner switching between a cat-directed and adult-directed tone.

The research team recorded and rated how intensely the cats behaved when responding to the different voices.

They measured the cats ear moving, their resting, pupil dilation and tail moving, among other actions.

In the first condition 10 of the 16 cats behaved less intensely when they heard a stranger calling them by their name in three different audio clips.

However, when listening to their owner’s voice their behaviour became significantly more intense.

On listening to their owner speak the cats turned their ears to the speaker, moved more around the room, and their pupils dilated.

Because of the sudden behaviour change the authors concluded cats can discriminate their owner’s voice from that of a stranger.

Under the second condition 10 cats were less wired up when they heard their owner speak in an adult-directed tone.

But when the owners spoke in a cat-directed tone they became excited again.

However, when a stranger switched tones it had no effect on the cat’s behaviour.

Ultimately the authors noticed cats can figure out when their owner is speaking as they normally would to a cat, as opposed to an adult, but they didn’t react any differently when a stranger switched it up.

Because of the small sample size the study may not represent cats across the board, but it does suggest cat communication relies on the pet’s experience of the voices around them.

The authors recommended future research could look at how more socialised cats act with strangers.