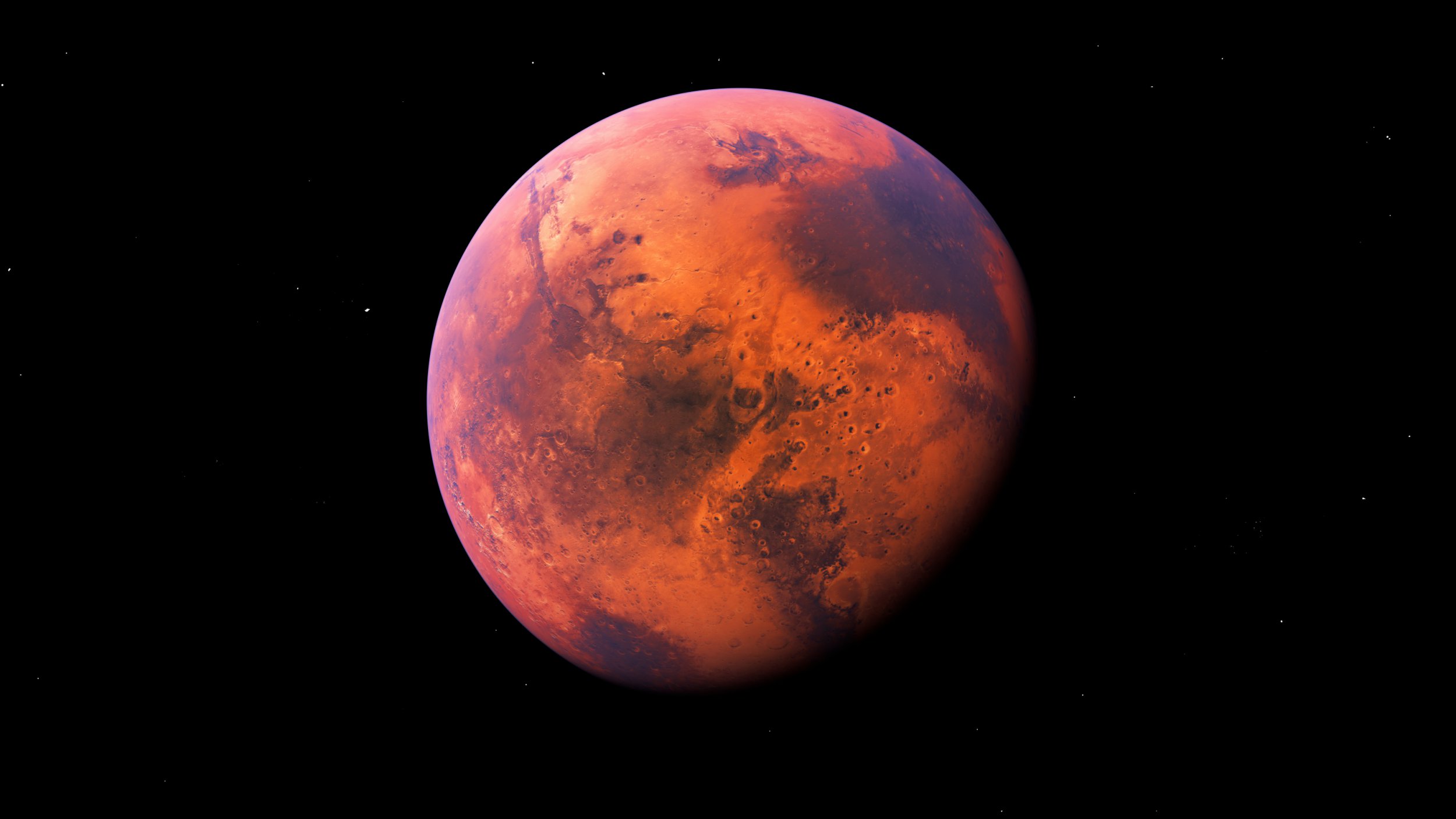 Ancient bugs may be lurking beneath the surface of Mars, according to new research.

Microscopic microbes can survive for hundreds of millions of years in ‘suspended animation’. And being buried under the dirt would shield them from cosmic and solar radiation, say biologists.

The finding is based on experiments on a species dubbed ‘Conan the Bacterium’ – after the superhero played by Arnold Schwarzenegger.

Known scientifically as Deinococcus radiodurans, it has even more amazing powers – thriving in freezing, arid or acidic environments.

The extremophile – which resembles a tiny pumpkin – is particularly well-suited to current harsh conditions on the Red Planet.

They showed Conan could only last a few hours at the surface while bathed in ultraviolet light. But its lifetime improves dramatically in the shade or directly below.

Survival increases to 1.5 million years just 10 centimetres down – and a whopping 280 million at 10 metres. The astonishing feat is thanks to Conan’s genomic structure.

Proteins and cells are linked – keeping them in perfect alignment and ready for repair after intense radiation.

Mars was once a waterworld – with raging torrents bigger than the Nile. If a microbe like Conan evolved at the time it could still be dormant in the deep subsurface.

Lead author Professor Michael Daly, of Uniformed Services University of the Health Sciences in the US, said: ‘D. radiodurans buried in the Martian subsurface could not survive dormant for the estimated 2 to 2.5 billion years since flowing water disappeared on Mars.

‘But such Martian environments are regularly altered and melted by meteorite impacts. We suggest periodic melting could allow intermittent repopulation and dispersal.

‘Also, if Martian life ever existed, even if viable lifeforms are not now present on Mars, their macromolecules and viruses would survive much, much longer.

‘That strengthens the probability that, if life ever evolved on Mars, this will be revealed in future missions.’

Nasa’s Perseverance rover has been drilling Jezero crater for signs of life. More than 3.5 billion years ago it was home to a lake – which could have harboured microbes. When the first samples are returned to Earth around 2030, scientists should be on the lookout for sleeping bacteria, said Prof Daly.

The study, published in the journal Astrobiology, also strengthens the possibility evidence of life will be revealed in future missions.

But future astronauts and space tourists could inadvertently contaminate Mars with their own hitchhiking bacteria.

The ExoMars (Rosalind Franklin rover) and the Mars Life Explorer will carry drills to extract materials from two metres below the surface.

‘Importantly, these findings have biodefense implications, too, because the threat of biological agents, such as Anthrax, remains a concern to military and homeland defence.’

Senior co-author Prof Brian Hoffman, of Northwestern University in the US, said: ‘We concluded terrestrial contamination on Mars would essentially be permanent – over timeframes of thousands of years.

‘This could complicate scientific efforts to look for Martian life. Likewise, if microbes evolved on Mars, they could be capable of surviving until present day. That means returning Mars samples could contaminate Earth.’

To explore whether or not microbial life could survive the researchers first determined the ionising radiation limits.

Then they exposed six types of Earthling bacteria and fungi to a simulated Martian surface – which is frozen and dry – and zapped them with gamma rays or protons to mimic radiation in space.

Prof Hoffman said: ‘There is no flowing water or significant water in the Martian atmosphere, so cells and spores would dry out. It is also known the surface temperature on Mars is roughly similar to dry ice, so it is indeed deeply frozen.’

Ultimately, the researchers determined that some terrestrial microorganisms potentially could survive on Mars over geologic timescales of hundreds of millions of years.

In fact, the researchers discovered Deinococcus radiodurans did particularly well. It survived astronomical amounts of radiation – far outlasting Bacillus spores, which can survive on Earth for millions of years.

Earlier studies showed when suspended in liquid Conan can survive 25,000 units of radiation, or ‘grays’, the equivalent to about 1.2 million years just below Mars’ surface.

But the new study found that when the hearty bacterium is dried, frozen and deeply buried – which would be typical to a Martian environment – it could weather 140,000 grays. This dose is 28,000 times greater than what would kill a human.

Conan the Barbarian took Arnold Schwarzenegger from bodybuilder to global superstar in the 1980s. The US team reckon ‘Conan the bacterium’ may become just as famous.

To test the effects of radiation, the team exposed samples to large doses of gamma radiation and protons – typical to what Mars receives in the near subsurface – and far smaller doses, which would occur if a microorganism was deeply buried.

Scans measured the accumulation of manganese antioxidants in the radiated microorganisms’ cells.

The size of the radiation dose that a microorganism or its spores can survive correlates with the amount of manganese antioxidants it contains.