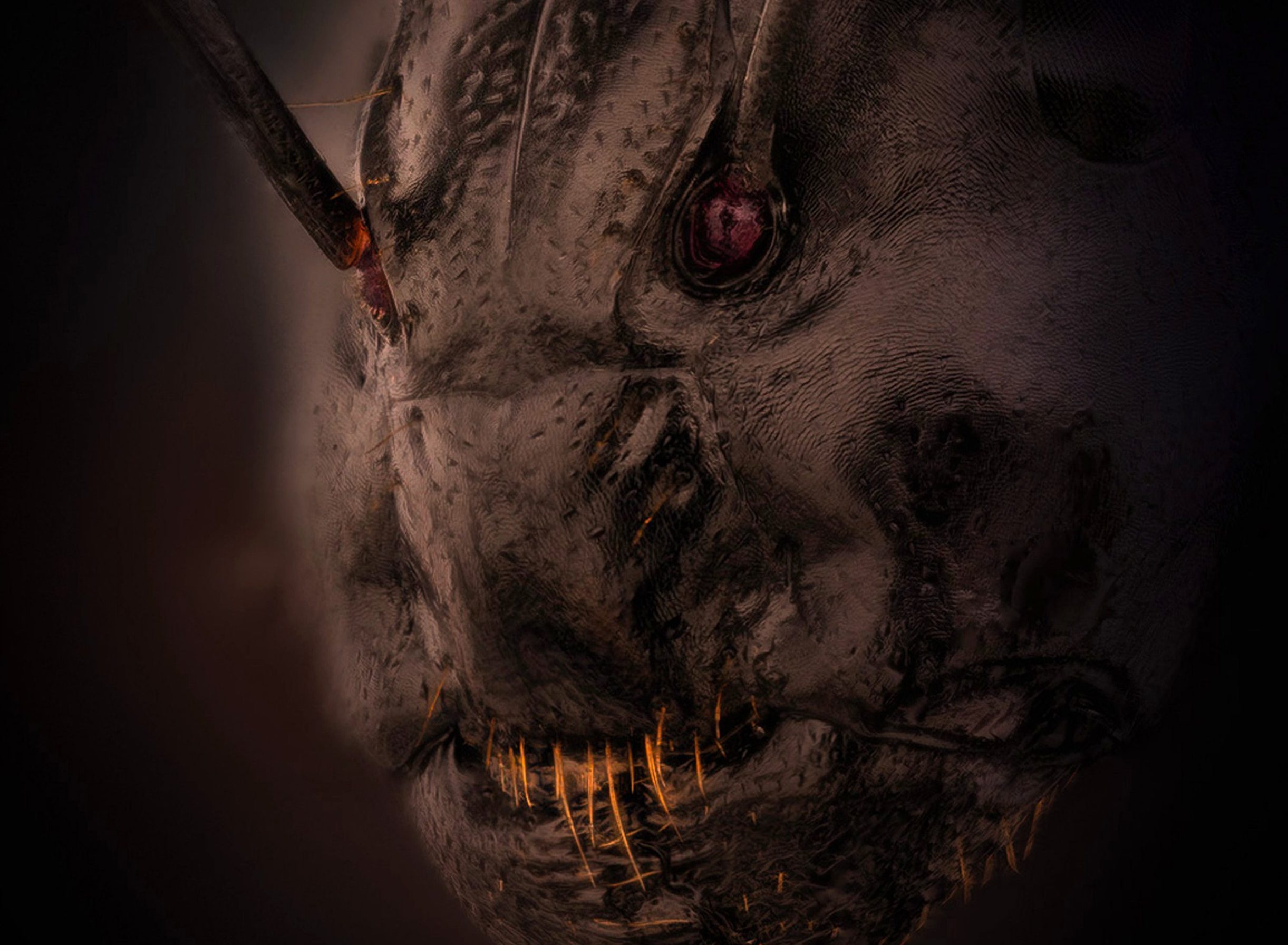 This terrifying creature that looks like something out of a horror movie might just be lurking inside your home.

But there’s no need to panic because that’s what a harmless ant’s face magnified five times under a microscope looks like.

Captured by Eugenijus Kavaliauskas, a Lithuanian photographer, the chilling photo is one of 57 ‘Images of Distinction’ in Nikon’s Small World Photomicrography Competition.

Kavaliauskas previously worked as a bird photographer before pivoting to insects, according to his website.

For this particular image, he used reflected light to capture the shocking close-up, complete with dark red eyes and what seems to be an angry expression.

‘There are no horrors in nature,’ Kavaliauskas told Insider. ‘I’m always looking for details, shadows, and unseen corners. The main goal of photography is to be a discoverer,’

‘I am fascinated by the Creator’s masterpieces and the opportunity to see God’s designs.’

While Kavaliauskas didn’t receive the top prize in the competition, the internet was quick to express its horror.

‘Can’t even look at this picture without actually gagging,’ tweeted one user.

This is the 48th year of the competition, which seeks to ‘recognize excellence in photography through the microscope,’ according to a news release shared with CNN.

Honey I Shrunk the Kids did not prepare me for this.

This year’s contest received almost 1,300 entries from 72 countries, according to Nikon and announced the winners last week.

The winning picture that beat the ant was a beautiful fluorescent image of the front paw of a Madagascar giant day gecko’s embryo. It was taken by Swedish photographers Grigorii Timin and Michel Milinkovitch, who used 63x magnification to document the hand’s tiny veins and bones.

The pair were awarded $3,000 for their vivid portrait of the Madagascar giant day gecko’s front paw.