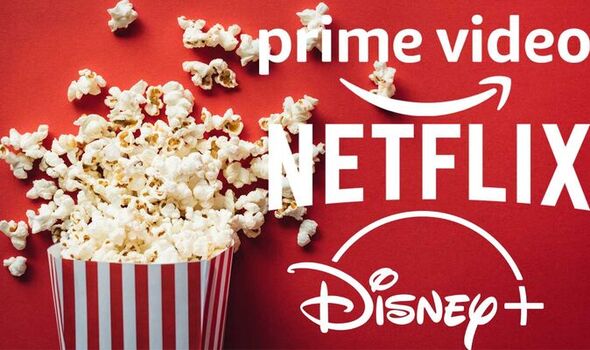 Between January and September of this year close to a million people in the UK have cancelled their subscription for streaming services. According to new research from Kantar, the number of UK households with at least one paid-for streaming subsciption has fallen by 937,000 during that period. And the big reason for people cancelling memberships to services like Netflix, Prime Video and Disney+ is their need to cut costs amid the ongoing cost of living crisis.

Discussing this trend Dominic Sunnebo, the global insight director at Kantar’s worldpanel division, said: “There are a number of dynamics at play in the market, such as the cost of living crisis and subsequent ‘cord-cutting’, as well as a degree of ‘content fatigue.”

If you cancel one of your streaming memberships this of course means you’ll lose access to the exclusive shows available on these services like Stranger Things, the new Lord of the Rings show and hit Star Wars series Andor.

But if you’re still hankering for new movies and boxsets to watch then what are the other alternatives? Thankfully, there are a number of free apps you can turn to help keep you entertained….

Amazon’s Freevee app was released earlier this year, and replaces the former iMDB TV service. A major reason for this rebrand was to help highlight how the app is – as the name suggests – free, which could draw more viewers in to the wealth of free movies and boxsets available with the service.

Like with Amazon’s paid-for Prime Video service, Freevee is home to a number of exclusive shows you won’t find anywhere else.

One of the big name shows to launch on Freevee is Bosch Legacy, the follow-up to Prime Video’s hit Bosch series based on Michael Connelly’s books.

Other things to lookout for on Freevee are hit comedies Parks and Recreation and 30 Rock.

You can tune into Freevee via your web browser, on Fire TV as well as Google TV and Android TV devices, and through the official Android and iOS app.

Plex is one of the most popular free streaming apps around, with over 25million people signed up to use the free movie and boxset service.

Like with Freevee, Plex can be accessed on a wide variety of platforms such as Android, iOS, Fire TV, Android TV, PlayStation, Xbox and much more.

You can also easily access Plex via your web browser, and while at first glance you may not think there’s much that appeals to you if you hunt around you can find some real gems.

If you love reality TV and cooking shows then you can watch the late, great Anthony Bourdain’s first show A Cook’s Tour on Plex. While if you’re after something a bit more fiery Gordon Ramsay’s Hell’s Kitchen is also available with Plex.

Elsewhere, if you’re after some classic British telly Plex has a number of great options such as Ricky Gervais’s Extras, acclaimed crime drama Happy Valley (which also is available to stream on Netflix) and fellow BBC series Silent Witness.

For anyone getting in the mood for Halloween Plex also has some great horror films in its library including cult classic From Dusk Till Dawn, which stars George Clooney and Quentin Tarrantino.

If you’re not sure what to watch Plex also has a number of themed channels which offer curated content you can tune into.

If you can’t find anything to watch on these apps there are plenty of other alternatives you can turn to.

Rakuten TV and Pluto TV like Plex can easily be tuned into by heading to their websites or by downloading the official apps.

On-demand content and a range of live channels which offer curated content is available on both services.

With Rakuten TV you’ll be able to find dedicated channels for movies, children’s content like Teletubbies, documentaries and more.

This is in addition to on-demand content like the Oscar winning The Big Short and Hollywood rom-com Love And Other Drugs (starring Jake Gyllenhaal and Anne Hathaway).

Pluto TV also has an extensive and varied selection of on demand content that ranges from boxsets like Skins and Geordie Shore, to cult classic films like J-horror Ringu, hit 90s comedy Empire Records, and much more.

With apps like Pluto TV, Plex and Rakuten TV you may have to hunt around for a bit to find something that appeals to you but there’s bound to be something there which catches your eye.

And, since you don’t have to pay a penny to access these services, you’ve got nothing to lose checking them out.