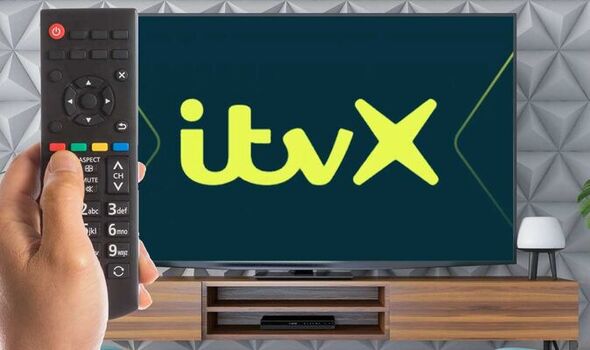 The ITVX release date is believed to be a matter of weeks away, with the new streaming service reportedly launching in November just in time for the 2022 World Cup. And there are big plans for this new free app which will replace the broadcaster’s current, flagship app ITV Hub. The makers of beloved shows like Poirot, Broadchurch and Coronation Street want ITVX to become a “leader” in the British streaming space, and will give these plans a shot in the arm by launching new shows on ITVX first, months ahead of terrestrial TV.

While BBC and Channel Four do release some boxsets on their apps ahead of airing on terrestrial TV it’s not on the same scale as ITV’s plans.

ITV are planning on launching a new and exclusive show on ITVX every single week, including the upcoming Spy Among Friends starring Guy Pearce and Damian Lewis.

Other shows heading to ITVX include Litvinenko and Confessions of Frannie Langton, with boxsets airing on the service six to nine months before arriving on ITV’s linear broadcast channels.

Besides shows that are exclusive to the streaming platform, when the first episode of an ITV drama or comedy airs on terrestrial TV every single episode will also drop on ITVX.

This Netflix-style model of releasing every episode of a show in one go will help further set ITVX apart from rivals like BBC iPlayer and All 4.

Speaking about its plans for the app, ITV said: “Viewers will now be able to stream new programme exclusives, with adverts, for free; ranging from premium ITV dramas, documentaries, US series, comedy and reality shows to blockbuster films and much, much more.

“As well as ‘streaming first’ exclusives, all the drama and comedy ITV commissions will be made available to viewers in one go on ITVX, for free, as soon as the first episode has aired on ITV’s linear channels. The same will be true of the majority of reality series.”

While an exact release date for ITVX hasn’t been confirmed yet, it’s due to arrive in time for the World Cup which kicks off in Qatar on Sunday, November 20.

So the app should be available on or before then.

When ITVX arrives it – like ITV Hub – will let users tune into live programming such as the 2022 World Cup and Love Island Final.

Plus, there will be a wealth of on-demand movies and boxsets available with ITVX which launches with a mammoth 15,000 hours worth of content – 9,000 hours more than ITV Hub.

Besides ITV-made content, there will be a range of US boxsets available including shows like One Tree Hill, The OC, Veronica Mars and more plus a regularly updated library of blockbuster films.

At any one time 150 films will be available to watch on ITVX with 500 films set to stream in total during ITVX’s first year.

And, best of all, like ITV Hub the new ITVX service will be entirely free to watch.

With the ITVX launch fast approaching it remains to be seen what will happen to the existing ITV Hub app and if an update will be rolled out which transforms it into ITVX, or if users will have to download a separate app.

Express.co.uk has contacted ITV for comment and clarification on this.

In the meantime some bad news has emerged for anyone that owns a 4K telly.

ITV confirmed to CordBusters that at launch ITVX won’t have any 4K content, with the service instead aiming to have as much HD content as possible on it.

4K movies and boxsets could get added to ITVX in the future though.