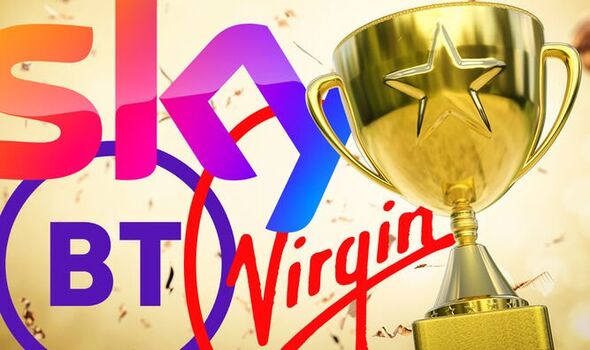 The latest broadband and TV stats are in and there are some very clear winners and losers. The new ratings from UK regulator Ofcom reveal exactly which providers are offering 5-star service and those that definitely need to try a lot harder. This new report covers the months from April to June with Ofcom saying that year on year, the relative volume of complaints for broadband decreased slightly, while complaints for pay-TV services remained the same.

Get BT TV for £6 with broadband

BT is offering broadband customers the chance to get TV and broadband for just £6. This offer includes a clever BT TV set-top box, Sky channels and even access to Netflix.

So who has come out on top of the league and which firms are at the bottom of the ladder?

When it comes to broadband, it appears that Sky received the fewest grumbles during April and June. The company scored just three complaints per 100,00 which is well below the average. Other popular providers that performed well include EE, BT and Sky’s NOW (formerly NOW TV) service.

At the other end of the scale was Shell Energy who performed poorly for the level of complaints it received. In fact, this provider scored 31 complaints per 100,000 customers – that’s almost three times higher than the industry average. Ofcom says that Shell suffered the worst results due to the way it handles customer issues.

It’s also bad news for Vodafone, TalkTalk and Virgin Media which all ranked lower than their rivals when it comes to the number of issues received from users.

Along with broadband, Ofcom has also published figures on Pay TV complaints and, once again, it’s good news for Sky with the firm receiving the fewest moans from users.

In fact, just 1 person in every 100,000 had cause to whinge about Sky’s TV service which is well below average.

TalkTalk came in second place, BT was third and Virgin came last with the most complaints.

According to Ofcom, the most common reason for Virgin users to vent their frustrations was over how Virgin handled complaints.

Speaking about the latest news Lindsey Fussell, Ofcom’s Group Director for Networks and Communications, said: “Overall complaint numbers are stable, but these figures show some providers need to step up. And with household budgets being squeezed during the cost-of-living crisis, people will be taking a closer look at their provider to make sure they’re still the right one for them.”

And Stephen van Rooyen Chief Executive Officer, UK & Europe, added: “Now more than ever, our customers need to know we are on hand to help. Our customer service experts treat every customer as an individual, that’s what makes them best in class.”