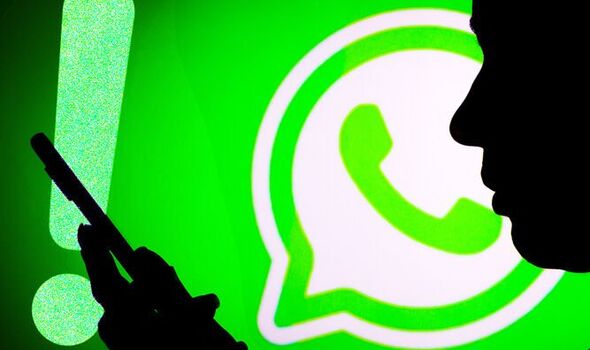 Millions of iPhone and Android users need to be aware of two new WhatsApp warnings that could leave devices unable to send messages or hand highly personal data over to hackers. The first alert affects anyone with an Android device in their pocket with cyber criminals targeting these phones via an unofficial version of WhatsApp. As spotted by the security team at Kasperky, an app called YoWahtsApp comes laced with a nasty malware called Triada.

Once installed, this bug allows hackers to take complete control of an account with criminals then able to send malicious money-stealing messages to friends and contacts.

Modified versions of WhatsApp remain hugely popular as they often claim to offer bonus features that can’t be found on the official version of WhatsApp.

Android users are always the biggest target of these apps as they can be sideloaded onto devices without a trip to the Google Play store. Adding apps to an iPhone is impossible without Apple vetting them first which is why these types of scams only target Android.

Explaining more about the threat, Kaspersky said: “Cybercriminals are increasingly using the power of legitimate software to distribute malicious apps. This means that users who choose popular apps and official installation sources, may still fall victim to them. In particular, malware like Triada can steal an IM account, and for example, use it to send unsolicited messages, including malicious spam. The user’s money is also at risk, as the malware can easily set up paid subscriptions for the victim.”

Woman conned out of money through Whatsapp messages

So that’s the first warning which targets Android users but there’s also an upcoming change that will affect some iPhone owners.

It was revealed back in May that the Meta-owned platform was dropping support for any iPhones that can’t run Apple’s iOS 12 operating system or later.

Although almost all new Apple smartphones will have no issues using this latest OS it is bad news for anyone with an iPhone 5 or colourful iPhone 5c in their pocket.

These ageing devices are no longer compatible with newer software and, from later this week, anyone owning one will find WhatsApp no longer works.

It appears that those with incompatible devices are already receiving alerts which say, “Update to the latest version of iOS to continue using WhatsApp. WhatsApp will stop supporting this version of iOS after 24 Oct 2022.”

Along with this pop-up window on iPhones, WhatsApp has also updated its support page which now states, “Currently, we provide support for and recommend using the following devices: Android running OS 4.1 and newer, iPhone running iOS 12 and newer.”