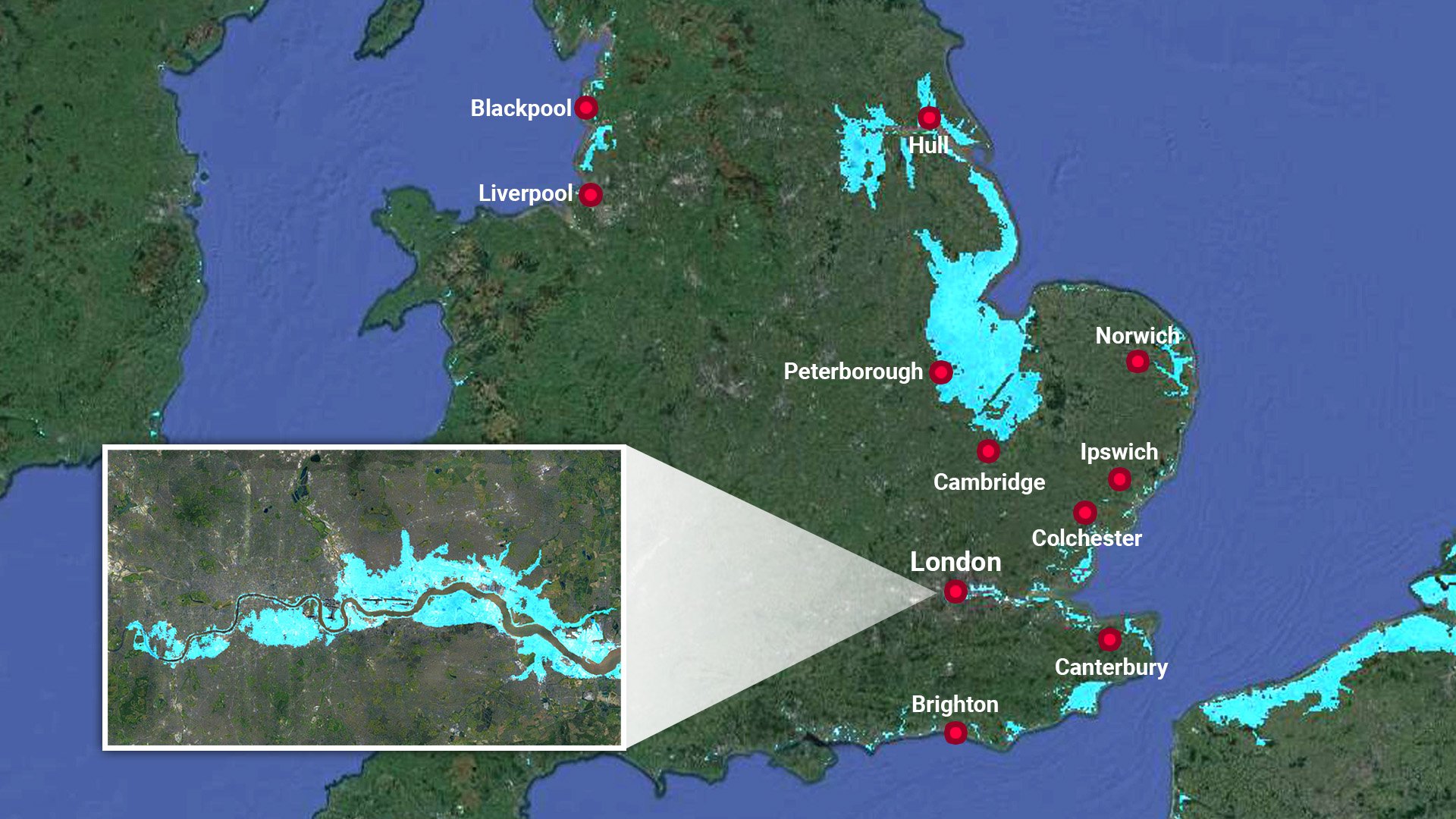 The worrying effect of rising water levels on parts of the UK has been starkly illustrated by a series of maps.

Created by Climate Central, they show the areas of the country that could be underwater even if levels rose by just 1 metre.

The maps were shared on Twitter by coder Russ Jones, who pointed out the dire outlook should ‘terrify’ people.

His tweets containing the maps have been shared over two thousand times.

The diagrams show the rise in water levels in just 30 years, if climate goals aren’t reached.

The capital looks like it will fare no better with areas near the river likely to be affected including Fulham, Greenwich and Stratford, up to Walthamstow.

According to Nasa, the ocean absorbs more than 90% of the heat trapped by the planet due to the increasing concentrations of greenhouse gases in the atmosphere. As the water heats up, its volume expands and causes a rise in sea levels.

As the planet gets warmer, the melting ice sheets also contribute to rising sea levels. As a result, low-lying coastal areas around the world already face frequent flooding and some could potentially become uninhabitable in the future.

So, as Jones points out, we should all be terrified unless more can be done to counteract the climate crisis.