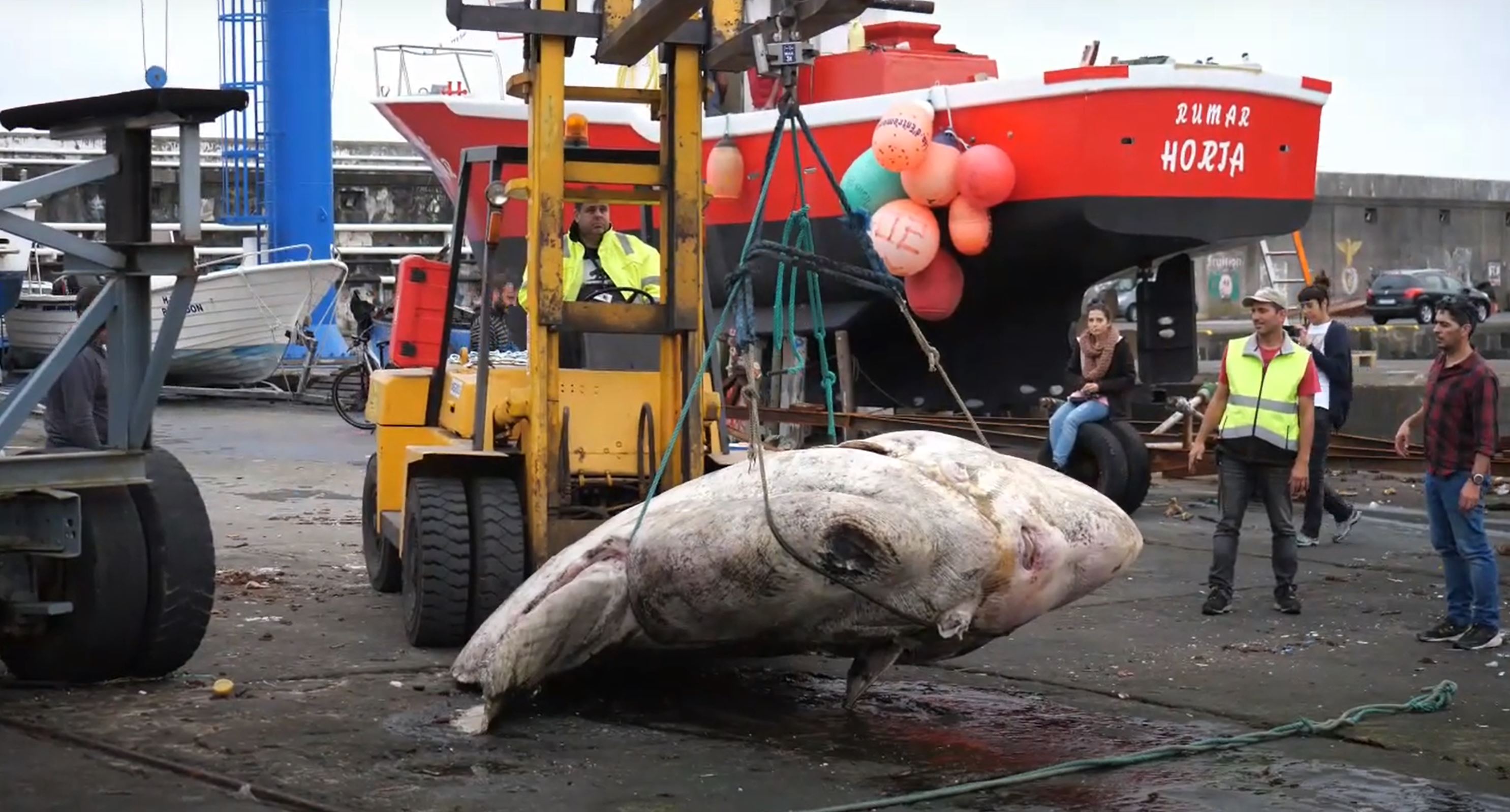 It looks like some kind of aquatic rhinoceros, but the giant sunfish is officially the heaviest bony fish in the world.

And this particular specimen is the biggest of the big.

In December 2021, a dead giant sunfish – also known as a Mola Alexandrini – was found floating near Faial Island in the Azores archipelago in Portugal.

It was hauled aboard by marine wildlife workers and, with the help of a forklift truck, weighed back on land.

In a new study of the creature, published this week in the Journal of Fish Biology, it’s been given the record of heaviest bony fish in the world.

It is, to use the internet expression, an absolute unit.

‘The M. alexandrini reported here is the heaviest extant teleost specimen reported to date,’ confirmed the scientists behind the discovery.

It’s not pretty – but it is huge!!!
A new bony fish world record: Sunfish (Mola alexandrini) found dead at the Azores with 2744kg / 325cm ð¤¯https://t.co/t1aKKnjvtb pic.twitter.com/tTqlJwbHoe

The scientists say they’re not sure what killed the mighty creature – although there was a dent on its head showing streaks of paint. This suggests it was hit by the keel of a boat at some stage, but it’s not known if this is what killed it.

The team say they want to continue to study the specimen to try and learn more about the elusive species.