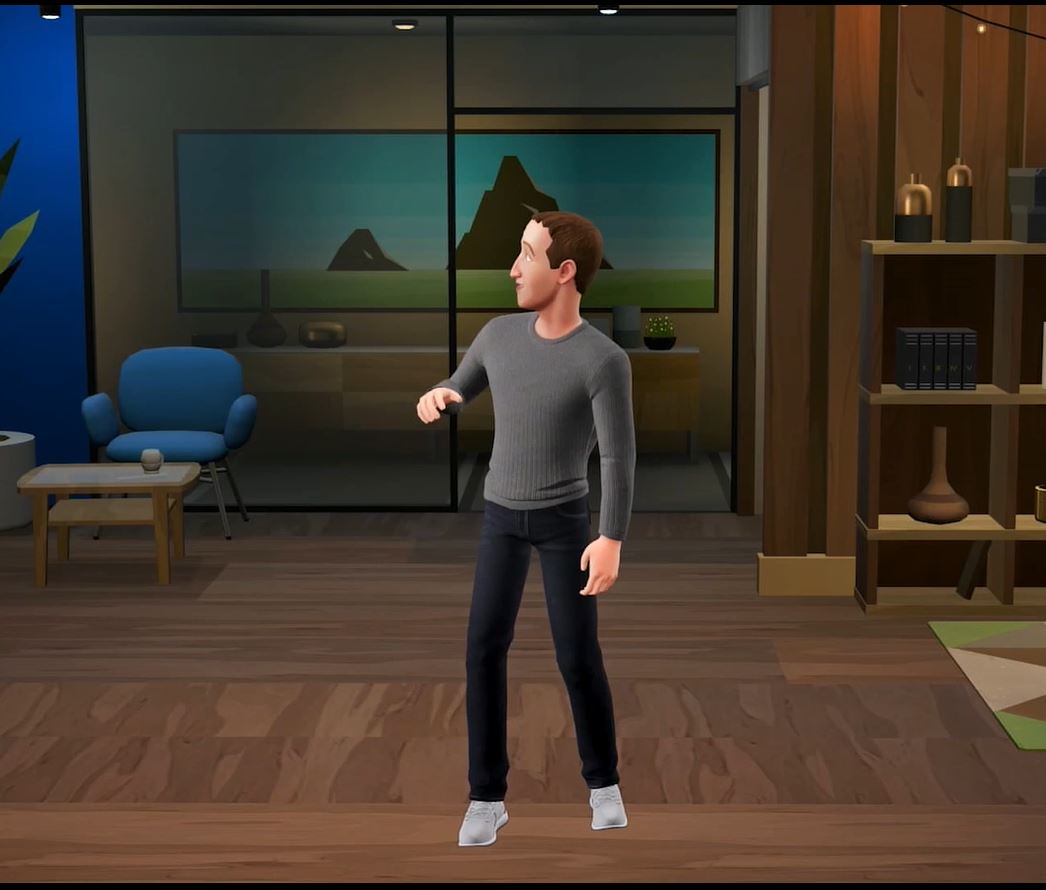 On Tuesday, Facebook owner, Meta previewed its next generation of ‘Meta Avatars’ that will be full-body avatars in VR, starting in Meta Horizon Worlds.

‘Legs have been one of the most requested features on our roadmap, and it’s been a significant area of our focus,’ said Meta.

Before this update, avatars in Meta’s virtual reality spaces were just disembodied floating torsos with arms and heads.

An excited Zuckerberg was clearly thrilled about the new feature, with his avatar jumping for joy during the keynote.

Outside of VR, Meta said that it was bringing avatars to video chat, starting in Messenger and WhatsApp, so users could express themselves and react without turning their camera on.

On Tuesday, Zuckerberg introduced the latest VR headset that will offer high-resolution, full-colour passthrough, which means users can interact with virtual objects superimposed onto their actual reality.

The launch is an important step for Zuckerberg, who last year announced plans for the device – codenamed Project Cambria – at the same time that he changed his company’s name from Facebook to Meta to signal his intention to refocus the social media giant into a company that builds technology for the ‘metaverse’.

Zuckerberg has since poured billions of dollars into that vision. Reality Labs, the Meta unit responsible for bringing the metaverse to life, lost $10.2 billion in 2021 and has lost nearly $6 billion so far this year. On the bright side, Zuckerberg has his VR legs.

‘Seriously, legs are hard,’ Zuckerberg said during his Meta Connect VR conference on Tuesday. ‘Which is why other virtual reality systems don’t have them either.’