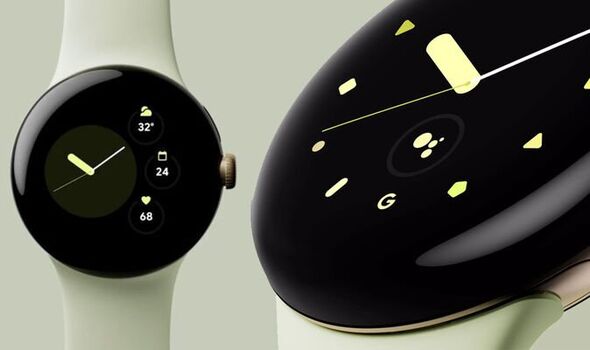 The Pixel 7 and Pixel 7 Pro are out now, with Google launching its latest handsets at a great price and with some enticing freebies. The Pixel 7 and Pixel 7 Pro boast an eye-catching design, a brilliant camera and are powered by Google’s next-generation Tensor chip – and it’s available for the exact same price as the Pixel 6 and Pixel 6 Pro. If that wasn’t enough, for a limited-time only Google is also giving away its highly anticipated Pixel Watch for free – which also launched on Thursday, October 13 – with orders of the Pixel 7 Pro.

Alternatively, if you’re after the Pixel 7 you can get a pair of Pixel Buds Pro entirely for free, or get £179 off a Pixel Watch purchase.

These early bird deals are only available for a few more days, with anyone looking to get the Pixel Watch for free needing to place their Pixel 7 Pro order before Monday October 17.

Rumours surrounding the Pixel Watch have been swirling around for years before the wearable was finally announced at Google I/O earlier this year, and excitement for the product has been building up for some time now.

So it’s a huge – but pleasant – surprise that Google is offering the Pixel Watch as a free bonus with Pixel 7 Pro orders, even if the deal is only available for a limited time.

Besides the incredible freebies Google is currently offering, one of the best things about the Pixel 7 and Pixel 7 Pro is the price.

This year the price of a number of gadgets have gone up amid an ongoing cost of living crisis, surging inflation and drop in the value of the pound.

The PS5 this year saw its price increase in the UK almost two years after first hitting shelves, while all of the products announced at the recent Apple ‘Far Out’ event in September were more expensive than their predecessors.

This includes the iPhone 14 range, which previously began from £779 in the UK but now is available from £849.

Google, however, has bucked this trend by launching the Pixel 7 and Pixel 7 Pro at the exact same price as the Pixel 6 range.

That’s not only great for consumers in the UK but could also help tempt anyone that’s currently using an iPhone but wants a cheaper handset and is happy with a change.

When Google launched the Pixel 5 back in 2020 in the first year of the coronavirus pandemic it described the phone as “designed for an economic downturn”.

And, given the competitive price the new Android phones have launched at, this label could also be applied to the Pixel 7 range as well.

The Pixel 7 Pro is out now, and for a limited-time only you can get a free Pixel Watch with orders of Google’s new top-end flagship.

To claim a Pixel Watch with the Pixel 7 Pro you need to order your shiny, new Android phone before Monday October 17.

The Pixel 7 Pro – unlike other devices launched this year – hasn’t been hit with a price rise over its predecessor.