World’s first space tourist, 82, who paid $20 million for a trip to the ISS in 2001 books flight to the moon on SpaceX’s Starship that could take another FIVE YEARS to take off

The world’s first space tourist who paid $20 million for a trip to the International Space Station (ISS) in 2001 has booked a private flight to the moon aboard SpaceX’s Starship, but the first-of-its-kind trip may not happen for another five years.

Dennis Tito, 82, along with his wife Akiki, 57, will experience a weeklong moonshot that will bring the couple within 125 miles of the lunar far side – the amount paid has not been revealed.

The couple signed a contract with Elon Musk’s SpaceX in August 2021 that includes the option for a flight within five years from now because there is a lot of testing and development still ahead of Starship that has yet to soar into space or even orbit.

The announcement, however, comes on the same day SpaceX stacked the giant Starship atop the Super Heavy booster for the first time in more than six months.

The booster is key to launching the massive Starship into space. 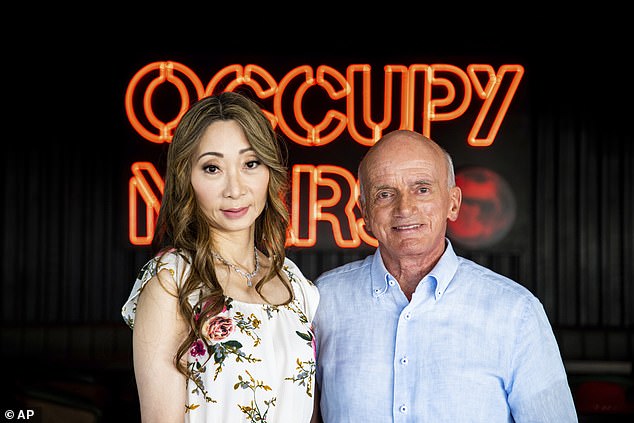 Denis Tito and his wife Akiko signed a contract with SpaceX for a weeklong mission around the moon. However, there is an option for the flight to happen five years from now – so the couple could be waiting a long time before liftoff

Tito is the second billionaire to make a Starship reservation for a flight around the moon.

Japanese fashion tycoon Yusaku Maezawa announced in 2018 he was buying an entire flight so he could take eight or so others with him.

Tito, however, is a pioneer in space tourism for his journey to the ISS 11 years ago – but he did so with Russia and not NASA.

The American space agency opposed a civilian roaming around the orbiting laboratory so instead of fighting the issue, Tito did the next best thing and went to the Russian Space Agency that needed the cash and took him up on the offer. 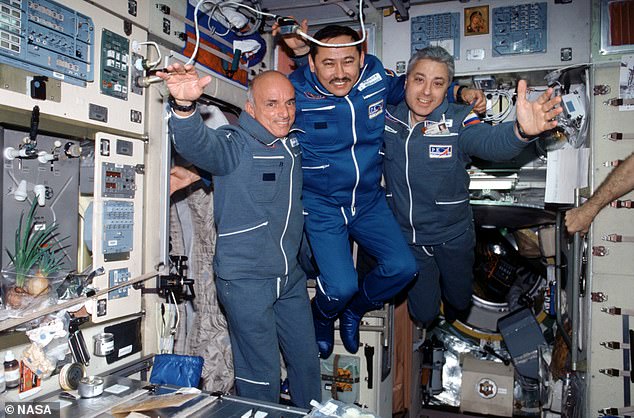 Tito (left) was the first space tourist. He paid $20 million to soar aboard a Soyuz rocket to the International Space Station in 2001 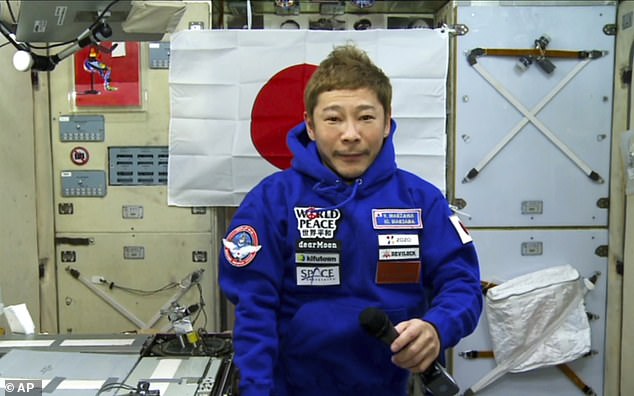 However, Tito is the second billionaire to make a Starship reservation for a flight around the moon. Japanese fashion tycoon Yusaku Maezawa announced in 2018 he was buying an entire flight. Maezawa also launched to the ISS on a private flight in 2021

Tito had to undergo a grueling training program to prepare his body to the rigors of space travel.

But there had been a wrangle over whether a tourist should be allowed to go to the space station.

NASA tried to block the flight, insisting Tito’s presence could jeopardize the work of the ISS crew.

But the Russians said Tito, a former rocket engineer, received the equivalent of a professional cosmonaut’s training.

Tito understands he could travel aboard a currently running space tourist program, such as Jeff Bezos’ Blue Origin, but the billionaire is not interested in a short 10-minute flight to suborbital space.

‘We have to keep healthy for as many years as it’s going to take for SpaceX to complete this vehicle,’ Tito said in an interview this week with The Associated Press.

‘I might be sitting in a rocking chair, not doing any good exercise, if it wasn’t for this mission.’

An aeronautics and astronautics engineer by training, Tito worked for NASA’s Jet Propulsion Laboratory in the 1960s, before founding the investment management firm Wilshire Associates in 1972.

Japanese born Akiko, a systems engineer who later moved to the finance industry and relocated to New York in 1995, added: ‘I want people to know that they can do whatever they set their mind to.

‘It’s never too late, no matter your age, race or gender.’ 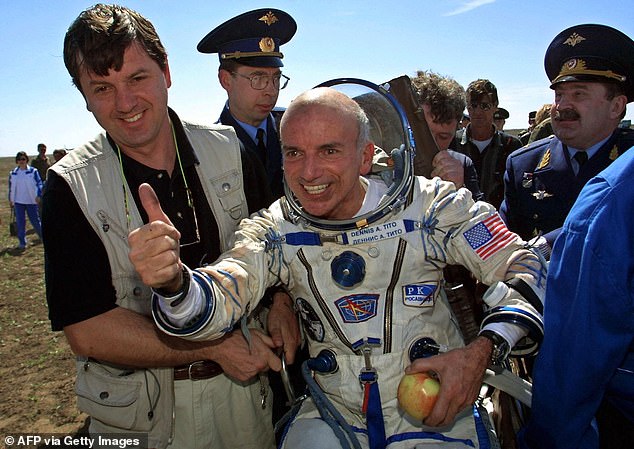 Tito had to undergo a grueling training program to prepare his body to the rigors of space travel. But there had been a wrangle over whether a tourist should be allowed to go to the space station. Here he is after returning to Earth following his stay on the ISS 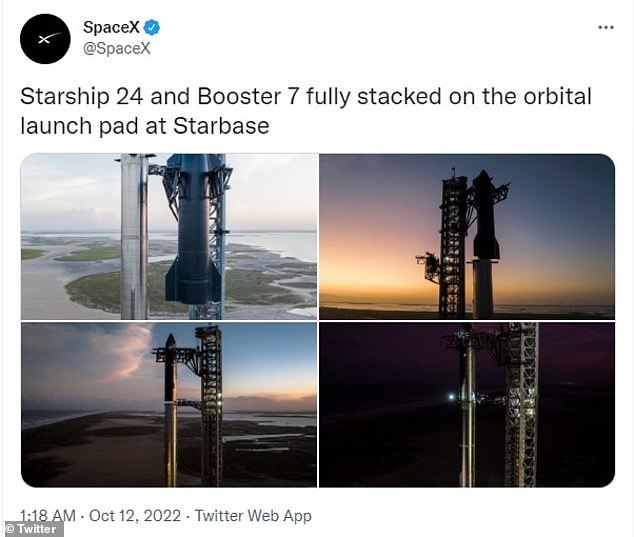 The announcement, however, comes on the same day SpaceX stacked the giant Starship atop the Super Heavy booster for the first time in more than six months. The booster is key to launching the massive Starship into space

‘We’re retired and now it’s time to reap the rewards of all the hard work,’ he said.

The first American to orbit the Earth still holds the record as the oldest person in orbit.

It’s unclear when SpaceX will commence commercial missions with Starship – a giant rocket that the company hopes to one day use to colonize Mars.

Musk has promised the rocket will complete its first orbital test this year, and a version of Starship has already been selected to be used as a lander for NASA’s Artemis missions to return humans to the Moon.