Australian graphic design software ‘unicorn’ Canva has revealed its products are now used by more than 100 million people each month, just weeks after its longstanding rival Adobe moved to secure its dominance by buying a smaller competitor.

In a blog post on Thursday, Canva will announce it has added 15 million users since the launch of new productivity tools last month, pushing its monthly active user base beyond 100 million.

“It took nearly three years for us to reach the milestone of one million people using Canva, and
another two years after that for us to hit ten million,” Canva’s billionaire co-founder and chief executive Melanie Perkins said in a draft blog post distributed to media. “Today, reaching the milestone of more than one hundred million people using Canva every month still feels incredibly surreal.” 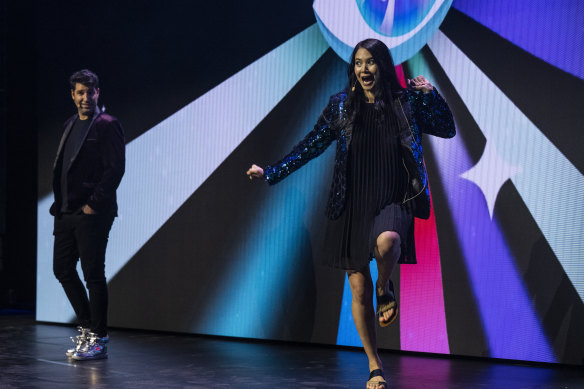 Two of the three Canva co-founders Cliff Obrecht and Melanie Perkins celebrate on stage at an event in Sydney last month.Credit:Louie Douvis

Adobe, the $US132 billion ($211 billion) firm that has dominated the graphic design software market for decades with its Photoshop, Illustrator and InDesign products, last month agreed to acquire software design start-up Figma for about $US20 billion.

The deal, which has not been completed, has been widely interpreted as a move by Adobe to protect its business from the rapid growth of online-first rivals led by Canva.

A spokeswoman said Canva was taking in more than $US1 billion in annual recurring revenue and now has 11 million paying users. Its tools are commonly used to create things like images for social media, mindmaps for projects and presentations.

Canva’s fortunes are crucial to Australia’s broader start-up sector. The company employs more than 3200 people and enjoyed rapid growth in its valuation to a peak last year of $US40 billion ($57 billion). That generated extraordinary paper returns to the venture capital funds that held it, boosting their reputations and encouraging more investment in the sector.

But the three major Australian venture capital funds that hold Canva stock – Blackbird, Airtree and Square Peg – cut its value to $US26 billion ($37 billion) in late July, reflecting a downturn in tech stocks triggered by rising inflation and economic turmoil. 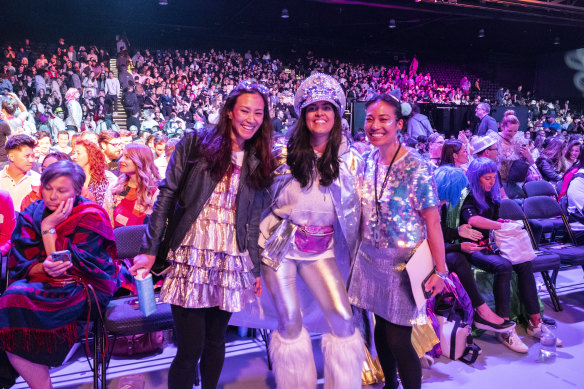 Canva is a crucial player in Australia’s start-up ecosystem, employing more than 3200 people including these workers at its conference last month.Credit:Louie Douvis

The valuation cut, which flows through to Australia’s superannuation funds that invest with venture capitalists, triggered coverage that irked Canva’s leadership who derided it as distracting “noise” and vowed to earn back their previous valuation.

At a conference last month, Canva’s co-founders Perkins, Cliff Obrecht and Cameron Adams unveiled a set of new products dubbed the “visual worksuite” to expand the firm’s offerings outside its core of traditional graphic design. It includes tools to create written documents, videos and presentations, all with a heavy focus on slick looking layouts.

The move into productivity put Canva in competition with tech giants such as Microsoft and Google, which boast hundreds of millions of users and also make billions of dollars in profits from other businesses, such as cloud computing and search advertising.

Canva has consistently shot down speculation it could imminently list its shares on the stockmarket through an initial public offering, a move that is likely to be a watershed moment for the Australian tech sector.

Figma was founded in 2012, the year before Canva. Its core products help people design other software products such as apps, and websites. Like Canva, it can be used in a web browser for free but requires payment to unlock extra features.

An Adobe spokeswoman said she could not comment on the Figma deal because it is yet to close and referred to previous statements from the company where it hailed the deal as “transformational”.