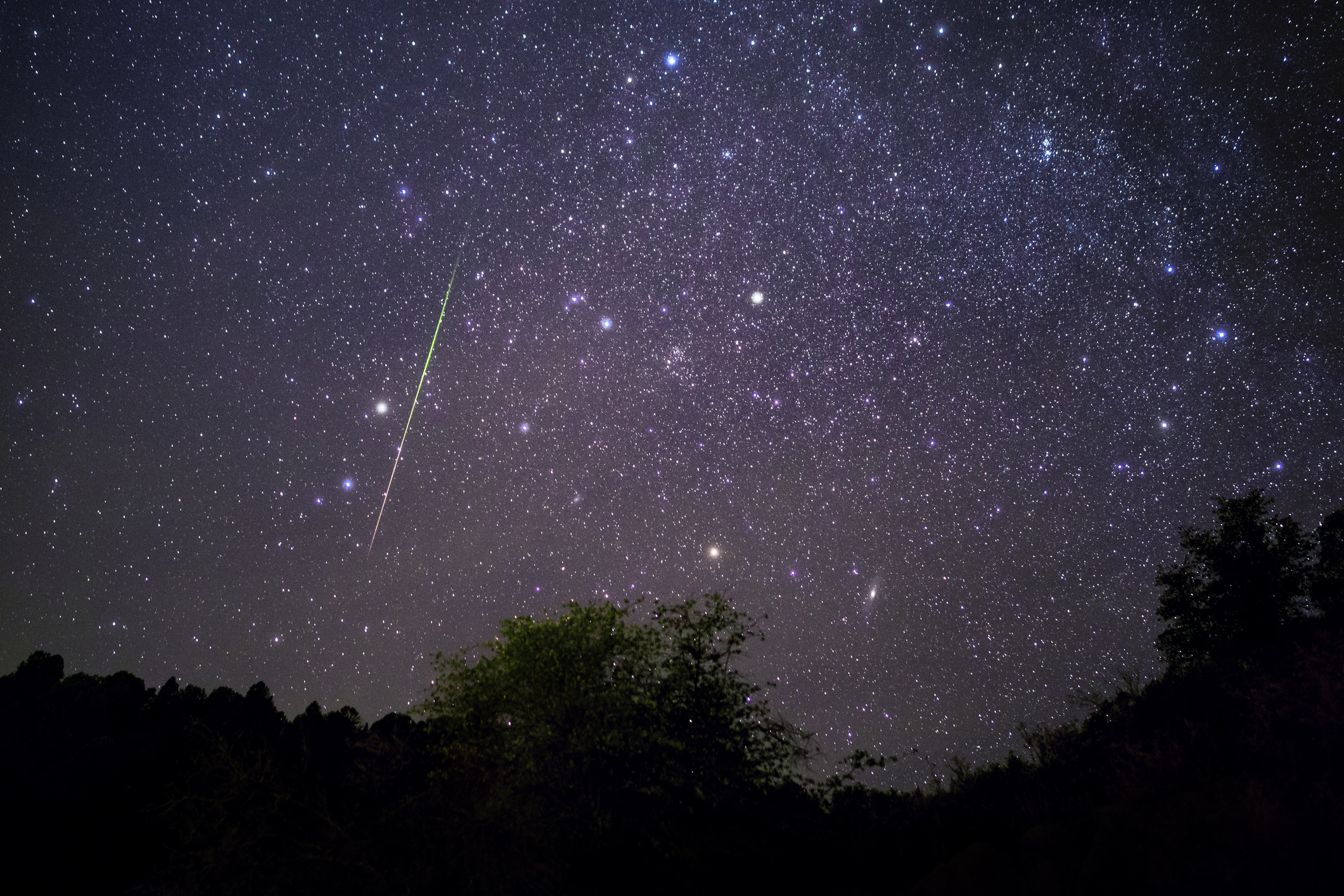 Stargazers get ready, as tone of the most anticipated annual events is set to begin.

The Draconid meteor shower is visible around October time every year, and it is back to pay the UK’s night skies a visit in 2022.

It is a sight not to be missed, but what nights will the Draconid meteor shower be visible, when will it be at its peak, and what exactly are the Draconids?

When is the Draconid meteor shower in 2022?

The Draconid meteor shower will be visible from Thursday, October 6 – Monday, 10, 2022.

The showers will grow with intensity each evening, peaking on Saturday and Sunday nights (October 8 and 9).

How to see the meteor shower in the UK

The best time to catch sight of the Draconids is in the evening, just after sunset.

Most meteor showers are best seen in the very early hours of the morning – around 3-4am – but the Draconids are a bit different and are best seen at nightfall (so no need for an early alarm).

To get the best view, you’ll want to be in a place with very little light pollution to increase your chances.

They should also be visible to the naked eye, so no need for any expensive binoculars to see them.

At its peak on Saturday, October 8, and Sunday, October 9, 10 to 20 meteors per hour are expected in an average year, according to Nasa.

What are the Draconids?

The Royal Observatory states that meteor showers are caused when the Earth ‘travels through a cloud of cometary debris.’

The Draconid shower itself comes from the debris of comet 21 P/ Giacobini-Zinner that burns up in the Earth’s atmosphere, nearly 60 miles away.

The comet was discovered in 1900 by astronomer Michel Giacobini, and was re-observed by Ernst Zinner in 1913.

The shower is called the Draconids because from the Earth’s surface it looks as though they appear from the Draco constellation in the night sky.

The debris cloud is topped up every 6.6 years as it orbits around the inner solar system.

The shower hasn’t produced anything too vibrant in recent years, but did produce some very active displays in 1933 and 1946.

When will the next meteor shower be?

The next meteor shower visible in the UK isn’t too far behind the Draonids.

The next meteor shower will be the Leonids, and it is expected to reach its peak on October 21.